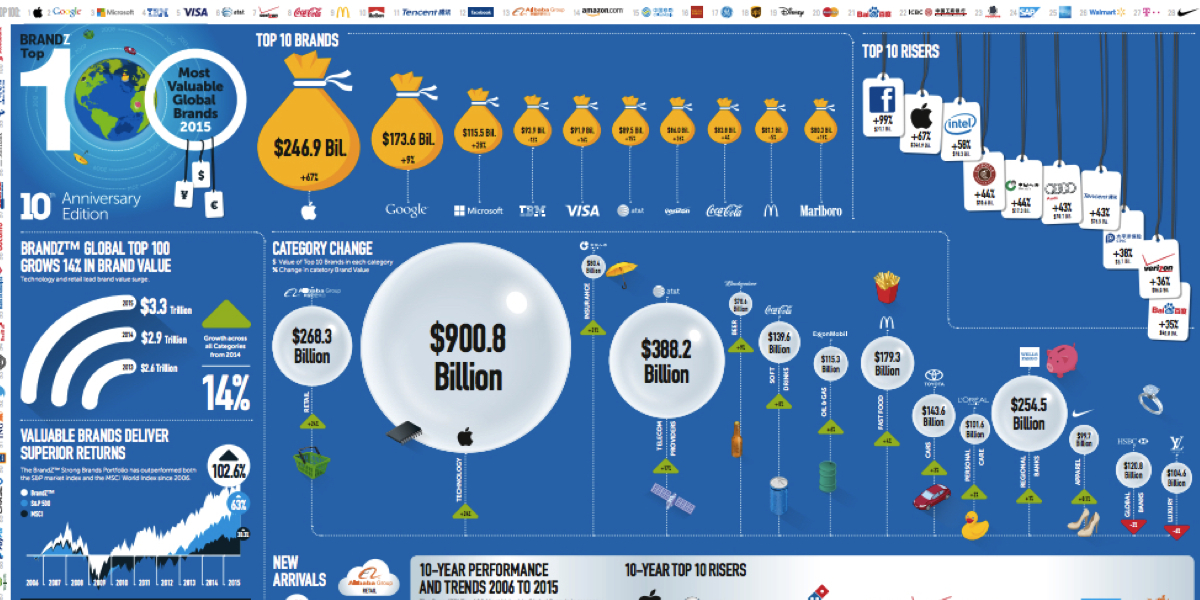 Most valuable global brands: Tech on top as Apple overtakes Google to rank #1

Apple has overtaken Google to reclaim the title of “world’s most valuable brand” in the 2015 BrandZ Top 100 Most Valuable Global Brands, released today by WPP and Millward Brown. Apple has increased its brand value to $247 billion, a rise of 67% year on year. Google (no.2) also grew, achieving a 9% value increase to reach $173.7bn. Microsoft, now worth $115.5bn, is the new no.3, rising one position with value growth of 28%.

Though the Apple Watch has proved extremely popular, it is the success of the iPhone 6 that has been the main driver of Apple’s brand value growth. Doreen Wang, Millward Brown’s global head of BrandZ, comments: “Apple continues to own its category by innovating and leading the curve in a way that generates real benefits for consumers. It meets their rational and emotional needs, and makes life easier in a fun and relevant way. Apple is clear on what it stands for, and never stops refreshing its message to sustain the difference that makes it so desirable.

David Roth, WPP, said: “Brand value has risen substantially despite a disruptive decade. This is a pivotal moment for brand builders. We’re at the threshold of a new normal, and a changing consumer. The past 10 years of valuing brands proves that investing in creating strong, valuable brands delivers superior returns to shareholders.”

Highlights and key findings from this year’s BrandZ Top 100 study include:

•  Technology is the fastest-growing category – up 24% in the last year, the tech brands in the Top 100 are worth more than $1 trillion, nearly a third of the value of all brands in the ranking.
•  Facebook is the fastest riser, with 99% growth achieved through its successful strategy of acquiring and integrating other social apps such as Instagram and WhatsApp, and an understanding of how to monetise and cross-sell its platforms.
•  E-commerce boosts retail brand value as Alibaba enters ranking and overtakes Amazon – Chinese e-commerce leader Alibaba entered the retail ranking at $66.4bn, helping to grow the retail category ranking by 24% and overtaking both Amazon and Walmart. The most valuable retail brands Alibaba and Amazon, which lack physical stores, are now worth more than Walmart, which has 11,000 stores worldwide.

The BrandZTM Top 100 Most Valuable Global Brands is now in its tenth year. Analysis of the 10-year trajectory of the brands in the ranking has revealed that:

•  Europe’s brand powerhouses stagnate as Chinese brands grow and US brands make a comeback. The number of Chinese brands continues to grow with 14 brands in the Top 100, up from one in 2006, and an increase of 1,004% in value. The value of US brands grew by 137% in the last 10 years (up 15% in the last year) compared to just 31% in Europe (down -9.3% in the last year). There are now just 24 brands from Europe in the ranking (down from 35 in 2006). This represents a shift from West to East; most of the brands that have been pushed out of the Top 100 by China were from Europe.
•  High value brands provide faster bottom-line growth and shareholder value. In the last 10 years, a measurement of the strongest brands from the Top 100 as a stock portfolio shows their share price has risen over three times more than the MSCI World Index and almost two-thirds more than the S&P500. 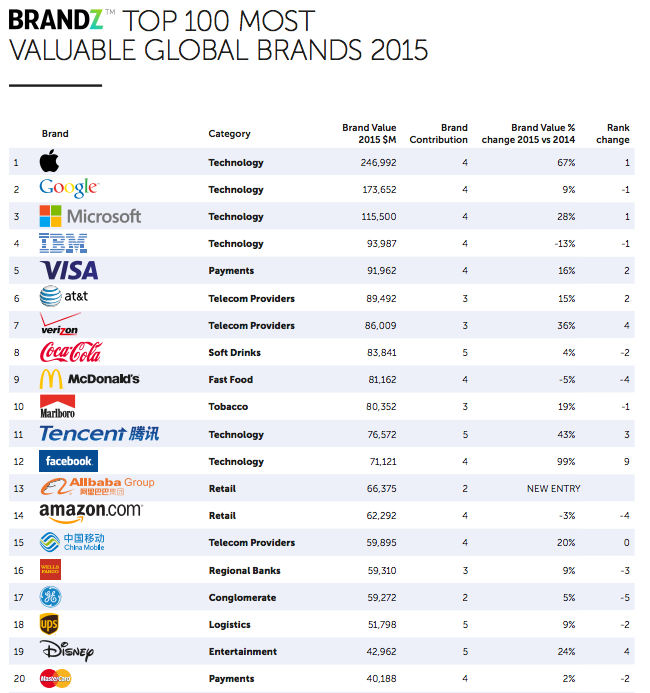 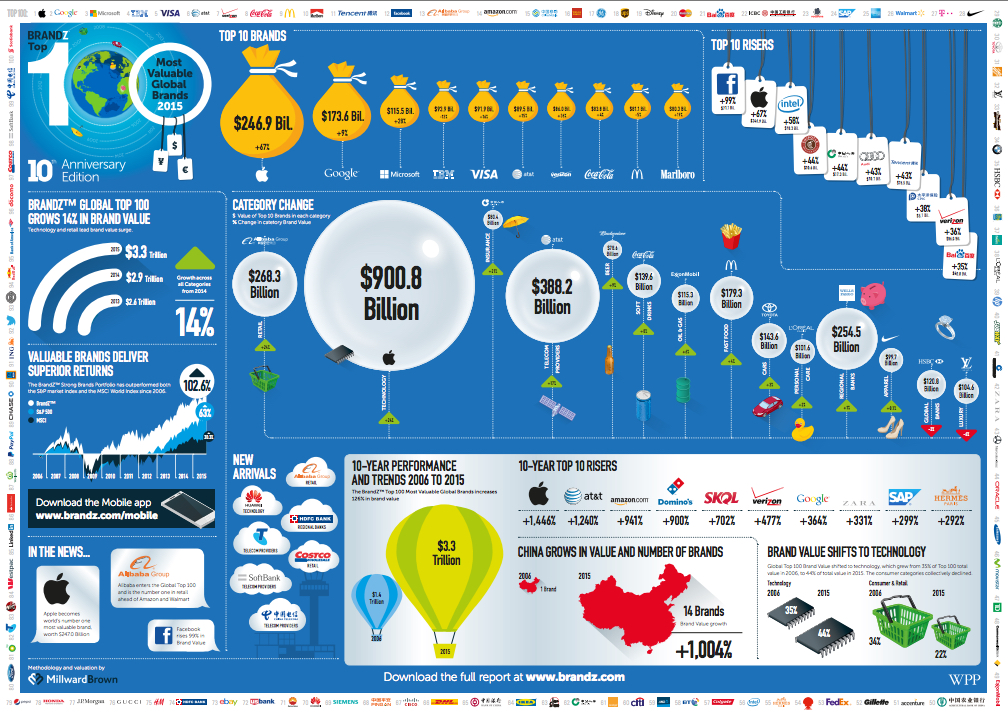