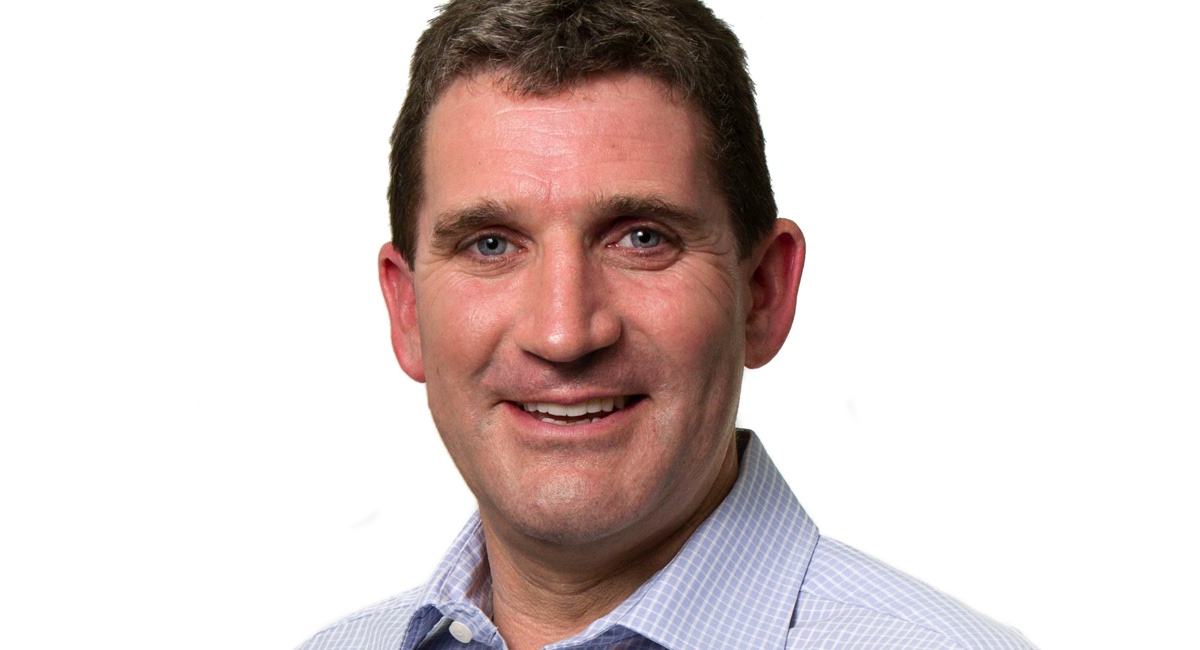 The chief executive of APN News & Media Ciaran Davis last week revealed to Mediaweek that the group is soon to rebrand. He stopped short of revealing the new company name, but admitted design work is under way ahead of the release of details, possibly as soon as mid-to-late April.

Davis has been visiting staff around the country after the release of the recent full year results telling them about the future. It is the first time the company has been able to bring all the teams from radio, outdoor and the new Conversant Media plus the Emotive teams together.

The group name change means that after having two companies currently using APN branding, there will soon be none if the oOh! Media/APN Outdoor merger proceeds. (See below for thoughts about the merger from Davis.)

“Although I originally looked after radio, over the past few years we have been working as a group a lot more and I got to understand the business quite well,” Davis told Mediaweek.

In 2015 Davis was promoted to run APN News & Media, replacing Michael Miller. With Miller returning to News Corp Australia, the APN News & Media board chose somebody familiar with what was becoming its most important asset – the radio business.

Davis was successful at turning around the radio business, although he cautions us when telling the story that it took a little while to get runs on the board. “We eventually took radio from $40m to $85m EDITDA in the space of four years.

“We were lucky we had a lot of good people across the APN group and it is good when boards can promote from within.

“It was very clear what we wanted to do. There were three issues with our share price – there was an exposure to publishing, our 50% ownership of Adshel and there was our level of debt.

“We set about systematically planning what we could do and we started the process to sell ARN, which we eventually did last December. That was one of the most significant things we did because it has eliminated totally our exposure to traditional publishing and all the risks associated with that.

“We demerged NZME in June 2016 which meant we gave shareholders the opportunity to decide what they wanted to do – do they want to be in New Zealand or not? NZME is a very good business and continues to be a good business.

“We had been in a great JV with Clear Channel for 20 years, but it is fair to say we became frustrated over the past few years by Adshel’s inability in many respects to roll out a digitised platform across its network. When we had the opportunity to purchase the remaining 50%, which we did in October 2016 for $268m, we took it. We also purchased Conversant Media which is a pure play digital publisher.

“Within that time there were two equity raisings, one for the demerger and one for the acquisitions, with shareholders overwhelmingly supported. “This year is all about delivering on that strategy and really making sure that we work hard on our radio, outdoor and digital strategy to drive further growth within the group.”

When Davis stepped into the top job, Tony Kendall was appointed as the ARN chief executive. Kendall hadn’t worked in radio before, but he was a sales executive with experience running media businesses, which was key to flagging where the business had to work harder. There were few changes to the content team.

“We have a great content team,” agreed Davis. “That is reflected in the consistency of our ratings over the past couple of years. Duncan Campbell does an incredible job and he has very good people working for him.

“As we made the transition from direct to agency sales it became clear we have to do a bit more in terms of our positioning within the market. ARN is seen as very professional with good ratings and great sales people. But there are areas we can improve – our brand name in the market, the level of innovation and sophistication of responses, our digital integration – they are areas we will be focusing on this year. Tony is in the ideal position to work across that.”

Davis described the business as now being centred on what he called away-from-home media: radio, outdoor and digital. “As technology disrupts media consumption further in the home we do see advertising dollars moving more to away-from-home assets.

“The challenge for APN now is to continue to run each of the businesses in their own right and growing them with profitable P&Ls, but there is also an opportunity to look at the wider group and how does APN move from being a holder of media assets, which it has been traditionally, to being a much more integrated operation.

“That doesn’t mean we are going to bring all the businesses together – we are not – but there are areas where we should be working closer together.

“We are now looking at opportunities for us to grow the business in sectors that complement our away-from-home assets.”

Davis has said he doesn’t want to see the merger of the market’s two biggest players proceed. “I look at it from an advertiser’s perspective. The #1 and #2 operator coming together with 50%+ market share combined, but more importantly having 100% ownership of airport, 80% of billboards and 80% of retail, is ultimately going to lead to a reduction in advertiser choice. As time goes on it will see an increase in prices. There needs to be some consolidation in the outdoor market, but I don’t believe the right thing for the sector is #1 and #2 coming together.”

When asked how big a part the KIIS 1065 breakfast hosts played in the ARN radio revival, Davis said: “Kyle and Jackie were the tipping point. There was an awful lot of work we did before they arrived to reposition that business. We moved the radio business from when I arrived in 2010 to being 70% direct to where it is today without about 70% agency revenue. That involved a lot of investment in agency sales capability but also in the areas of strategy, digital investment and digital platforms. We looked at the national network of our brands rather than running them as individual stations. We totally restructured the management organisation, removed the general manager structure and brought in a new national leadership structure with responsibility around content, marketing, sales and finance. It meant that the whole organisation was making faster decisions and better decisions. We were moving a lot more dynamically, just like a radio network should.”

As to any trademarks that sum up Davis’ management style, he suggested to Mediaweek: “I’d like to think people would say I am very focused on driving EBITDA and profit and looking to see how we get the maximum growth from all of our assets.

“I like to be collegiate in my approach but at the end of the day there are times when you have to make decisions and that’s it. I love communicating with staff and telling them what is going on, which is very important. Then, delivering on what you say is also really important.”

“We are always on the lookout for the right acquisition. We had two capital raisings last year where shareholders supported us. We have been very clear about our strategic objectives.

“We have four pillars – to grow our audience base and if an acquisition will help that we will look at it.

“We want to improve our digital and data capabilities, we want to diversify revenues a little bit away from just radio and outdoor. Finally we want to be able to integrate and optimise integration across any new assets.”

Davis said there was no acquisition linked to the rebrand.

“One of the reasons we bought Adshel was to accelerate the digital program. We are looking to roll out another 200 digital screens this year, which means by the end of 2017 we will have over 700 digital screens in Australia and New Zealand.”