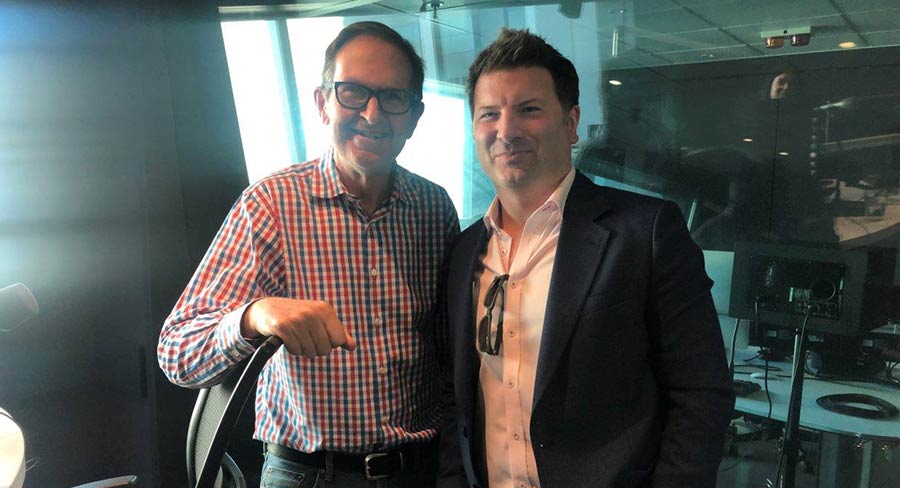 “We are driven by our three key pillars – news, entertainment and sport. “

On his return to the Mediaweek podcast, Seven director of network programming Angus Ross dived straight into the discussion to make sure we understood that Seven is again the #1 network in combined channel share in the current survey year-to-date. (As of the end of 2019 ratings week 22.)

Ross reminded us Seven has been the #1 network for the past 12 years, although he told Mediaweek: “Q1 2019 was a competitive quarter.” He said there was no denying Nine had a great start to the year with Married At First Sight. “But we are not a one show network at Seven. We are always on, there is no Easter or summer [breaks].

“We are driven by our three key pillars – news, entertainment and sport. We are the sum of our parts on not reliant on a single show.”

Ross said he didn’t think Married At First Sight damaged Seven’s important My Kitchen Rules franchise. He said the two shows were the only entertainment programs of significance screened during Q1.

Despite the very competitive Q1 battle, Ross said: “My Kitchen Rules is incredibly important to us and it is coming back in Q1 in 2020. We have a few ideas to reinvigorate and reimagine the show. The good thing about reality formats is that every year you are starting again.”

Ross confirmed that Seven would not be moving MKR.

“We won’t be screening a [second] stunt series at the back end of this year.” Ross confirmed there would be no tenth anniversary special series, which was mentioned at the Allfronts in October last year.

Ross explained: “After how things played out in Q1, the smarter thing to do was to consolidate for Q1 next year.”

As to the performance of the MKR format Ross asked and answered a question: “Would I have liked My Kitchen Rules to have done better numbers? Of course I would.” 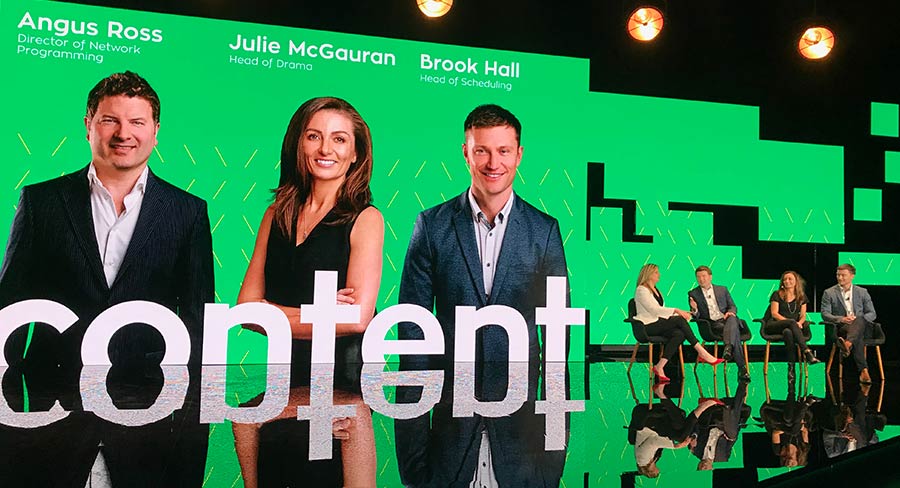 Seven is very keen to make and screen its own programming from the ever-expanding Seven Studios.

But that doesn’t mean Seven doesn’t look elsewhere too.

“It is always a battle of ideas. I will go for the best idea whether it is Seven Studios or somewhere else.”

As to whether Ross and Seven Studios might disagree on what is a good idea, Ross grinned and said: “We all get on like a house on fire. Recent changes to the Seven Studios structure with Therese Hegarty now CEO and Andrew Backwell director of production are really making a difference.

“They have already come to me with some great ideas for shows for next year including launches out of the Olympics.”

But because of Seven Studios, do all the good Endemol Shine shows go to Nine or 10? “They still work for us and pitch stuff for us. If it doesn’t go to us it means somebody has put in a better offer. They have never left me out of the pitching loop.”

When asked if Seven had a chance to bid on Lego Masters, Ross said “Everybody got a look at Lego Masters.”

Ross reminded Mediaweek as discussion dwelled on the Hamish Blake-hosted show that Seven Network won every week that Lego Masters was on.

When it comes to Seven’s ratings, Ross was asked if Seven commercial chief Kurt Burnette wants the biggest hit shows or to win every week?

“Kurt wants to have the most-watched network and that is a suite of channels and that’s what we are. It’s very important for Kurt to have shows which he can integrate sponsors into. That’s why shows like My Kitchen Rules and House Rules are incredibly important for our sales department.” 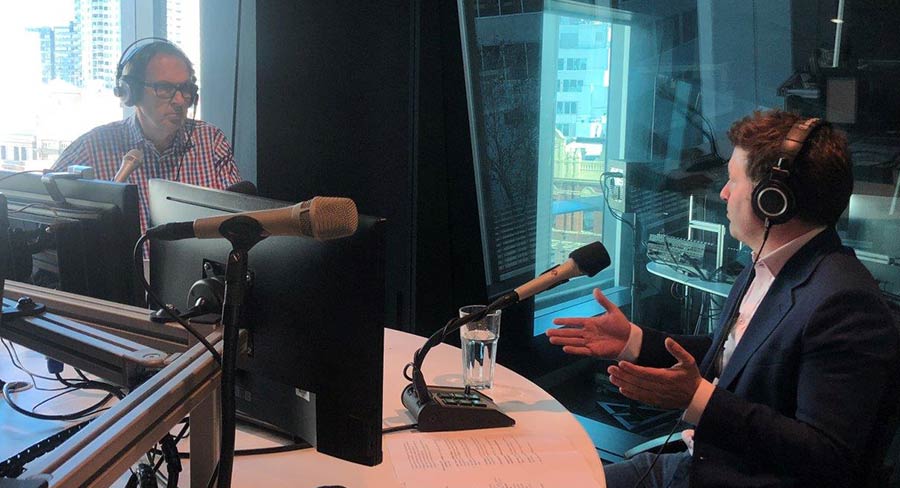 While drama has long seen big catch-up and on-demand audiences, Ross said programs like My Kitchen Rules and House Rules are also growing their audiences via 7Plus.

“Home And Away is also massive on 7Plus as well as doing fantastic broadcast numbers this year. It remains an incredibly important show for us.”

Seven has commissioned a large number of relationship reality formats.

“The shows we are bringing back are shows that have worked before. We are brining back The Super Switch, which is an expanded version of Seven Year Switch.”

As to whether that format had really worked before, Ross said: “It has worked every time we have had it on. This will be the third season.

“We are also bringing back Bride & Prejudice which also did great numbers for us in the back part of last year. Both of those shows are produced by Seven Studios.

“Some of these shows are aimed to be counter-programming for The Ashes.” The Australian v England Test Series is on Nine’s 9Gem channel later this year from August 1 until mid-September.

Seven has also commissioned more of another old favourite, Temptation Island, but it returns in 2020.

“We are also bringing back Australia’s Got Talent. Variety shows have always played an important part on Seven. There is none bigger in the world right now than AGT. That will be in the schedule in August.”

As to why Seven dropped the format previously, Ross said after a number of seasons it was due for a rest. “The auditions are finding some great talent and we are really excited about what we are discovering.”

Also coming in August will be The Proposal, a reality romance series hosted by Luke Jacobz. “Around then too will be Ladies’ Night which is the ladies version of The Real Full Monty which will also be back then.