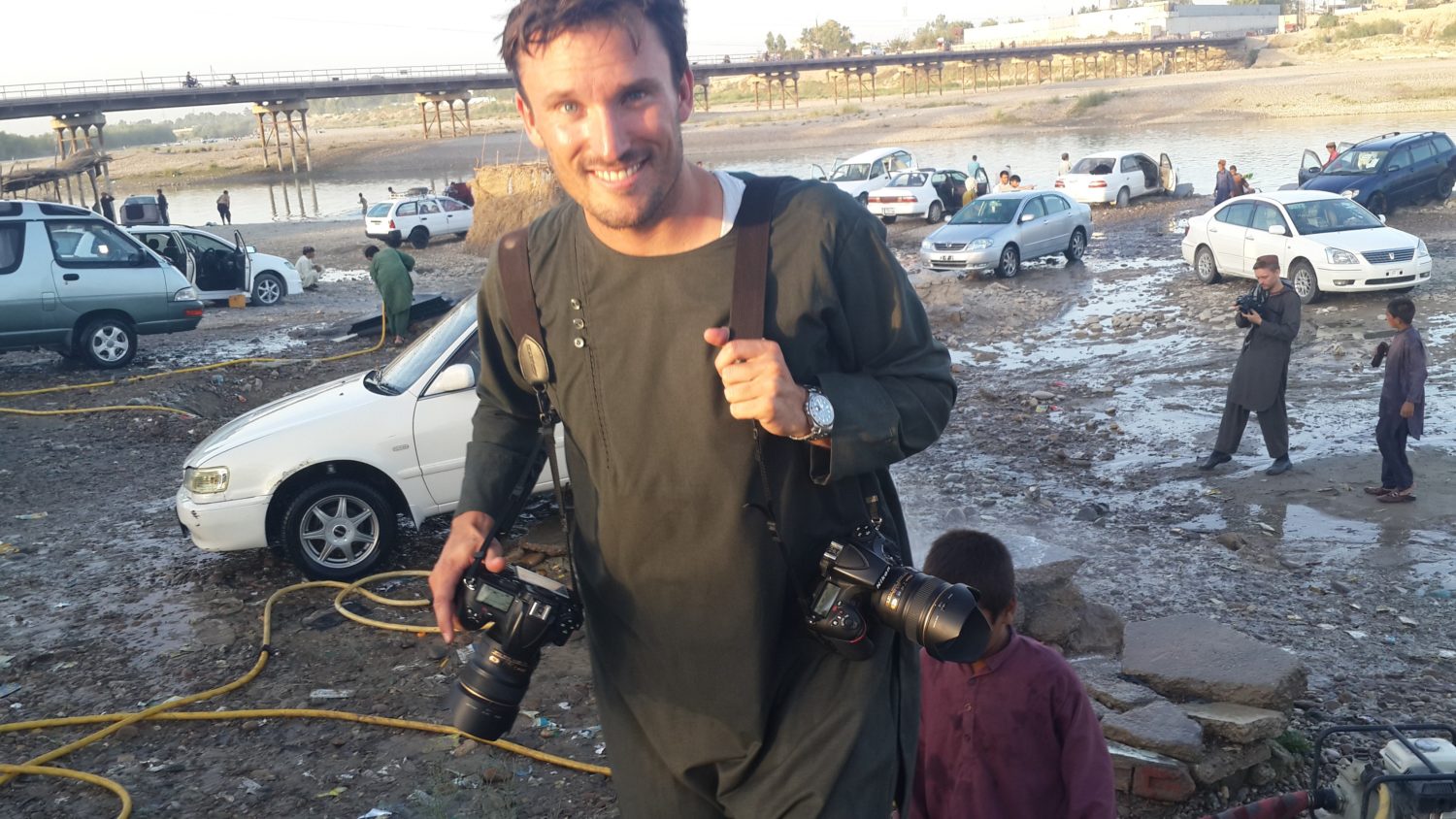 It’s not often the winner of the Gold Walkley Award doesn’t work for one of the major media groups in Australia. It happened this year when freelance photographer Andrew Quilty had his name read out in a category other than photography.

Quilty is no stranger to the Walkleys – since moving to Afghanistan in 2013, Quilty has won six Walkley Awards, including this year’s Nikon-Walkley Photo of the Year and the News Photography category.

The last time Mediaweek spoke with him he called himself a Sydney-based freelance and he had just covered the Brisbane floods with some brilliant work which was published in The New York Times.

After leaving Sydney, Quilty spent 18 months living and working from a base in New York. He subsequently met a colleague, Fairfax reporter Claire Stewart, who was travelling to work in Afghanistan and Iraq.

“The real danger for foreigners like me in Kabul is kidnapping”

“She asked me if I knew any photographers in either place she could work with,” Quilty told Mediaweek.

“Without really giving it too much thought I said I would go with her. That was late 2013 and we travelled to Lebanon, Afghanistan and Northern Iraq. We had planned to spend two weeks in Afghanistan which soon became three months. By the end of that I was sold on the place and intent on basing myself there.” Quilty packed up his belongings in Sydney and New York and was living in Kabul from March 2014.

Quilty is a true freelancer selling his own material to most of the publishers he works for. His has some agency deals for parts of Europe and the US. “The vast majority of my work comes directly to me or is self generated. The agency model these days isn’t particularly lucrative for me.”

“I’ll sometimes find myself in one week working for The New York Times, The Washington Post and The Wall Street Journal”

As to whether he chases commissions or sells material on spec, Quilty explained it was a bit of both. “Probably half of my work comes through commissions and then I will also pitch my own ideas or work with other journalists on projects.”

He explained that because he is pretty much the only foreign photographer working regularly in Afghanistan he has no problems working for competing news brands. “I’ll sometimes find myself in one week working for The New York Times, The Washington Post and The Wall Street Journal. That is quite unusual in general, but it works for me. The different news organisations don’t have a problem with that and it doesn’t dissuade them from hiring me.” 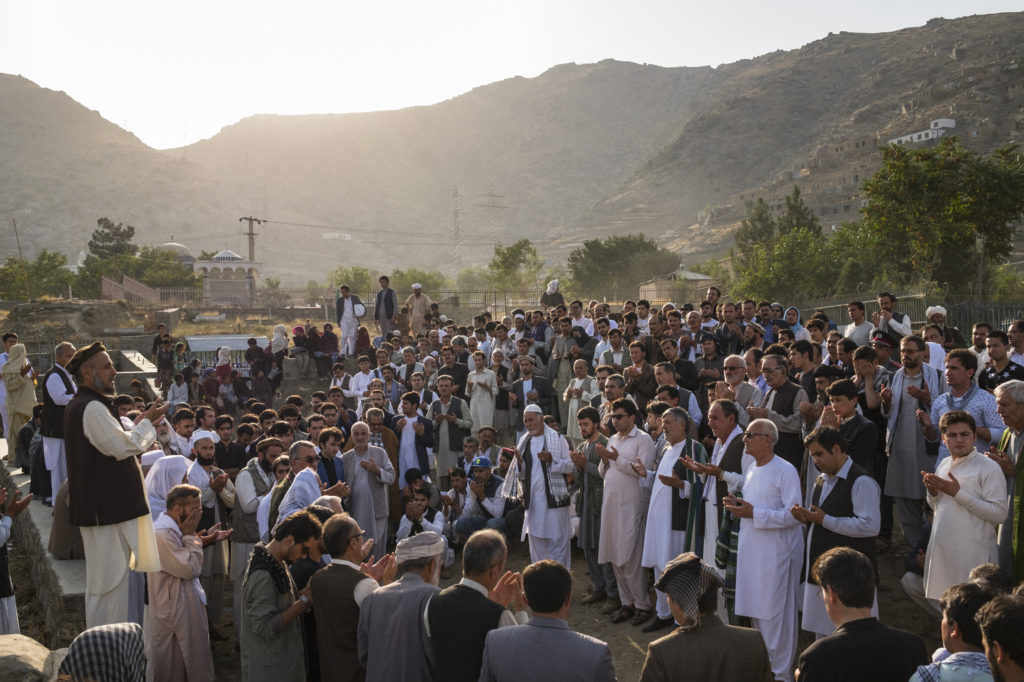 Jamshid Zafar was a young student studying at the American University of Afghanistan when, on August 24 this year, he was among more than a dozen killed when attackers breached the walls of the university in the early evening, hunting them as they tried to hide or flee. Two days later, at a cemetery on Kabul’s southern outskirts, he was laid to rest among hundreds of family, friends and well-wishers. Photo: Andrew Quilty

Life in Kabul is good, said Quilty, noting it was cheap for certain things. “There is a dual economy – one for locals and another for foreigners. My added expenses which I obviously don’t need in a place like Sydney are local fixers, translators and drivers. There is certainly less to spend your money on in Kabul though. I have realised since I have been back in Sydney it is easy to go out and come home with a massive hole in your pocket. In Kabul there is almost literally nothing to spend it on apart from a couple of restaurants where you could blow $49 if you really tried.”

As to dangers of life in Kabul, Quilty said it was hard to quantify. “It is more dangerous than most places. It is a very abstract kind of danger. The risk of getting caught up in a suicide attack is relatively low although increasingly things like events and rallies in the city are being targeted.

“The real danger for foreigners like me in Kabul is kidnapping. Once you move outside of Kabul the level of risk is more acute. There is some pretty hostile territory and you don’t know who you can trust.

“While leaving Kabul is riskier, it is where the best stories are. It is where I love to be and there are so few foreigners and journalists.”

Quilty said friendships with local media are important when you get out of Kabul and it is critical to get information about where you are heading.

The growth of digital publishing at the expense of print means Quilty gets a lot more photos published these days. “There is now more space for longer photo essays. I recently did an assignment for The Wall Street Journal and they did a beautiful presentation of my work online. However, in the print edition they only used one image very small well inside the newspaper.

“It would be hard to argue now though that what publications are capable of online isn’t superior to what was being done in the past in print only.”

After a December in Australia, Quilty is returning to Kabul in the New Year. “It is hard to say how long I will stay. I am no less interested in the stories there than I was when I first arrived. It is forever changing and my knowledge is growing and becoming more detailed and nuanced.

“I might probably reach a point where it would be good to extricate myself and that is in the back of my mind. I don’t have a plan B at this stage though so I have no problem staying in Afghanistan in the meantime.”

Journalists and photographers who are self employed are not noted for their business skills. Quilty is no exception. “Now I am back in Australia for a while I am trying to catch up on the paperwork! I haven’t submitted an invoice for about six months,” he revealed.

He also noted there is something of a backlog too when it comes to emails, banking and tax too. “It’s all too easy to put aside when there are more interesting and exciting things in Kabul to go on with.”

Quilty wasn’t sure how much winning awards helps market his talents. “It is a hard thing to quantify. Certainly winning the Gold Walkley this week has helped as it takes me further than my usual contacts. This is recognised by all media and those who might not normally check on who wins the photographic Walkeys. I have certainly had lots of nice comments from people I might not have got if I had won a photography Walkley.”

When asked if he minds travelling about with his camera gear, Quilty admitted he doesn’t change the way he works much depending on the country he is in. “It is more about limiting my time in any one place. I also try and blend in and wear the local clothes and limit the time out in public. I also make sure I leave as little a footprint as possible and be sure not to forecast my movements.”

Quilty prefers shooting still images. “Usually I am quite reluctant to double up and shoot video and stills. If someone wants video I won’t do it unless they give me the extra time. I am not as proficient with video as I am with stills. Still photography is my preferred media by a long way.”

Quilty likes to make sure he has left a location before any of his work is published. “The same goes for social media and I won’t post to Instagram until I am back home in Kabul. It’s part of making sure you keep a low profile.”