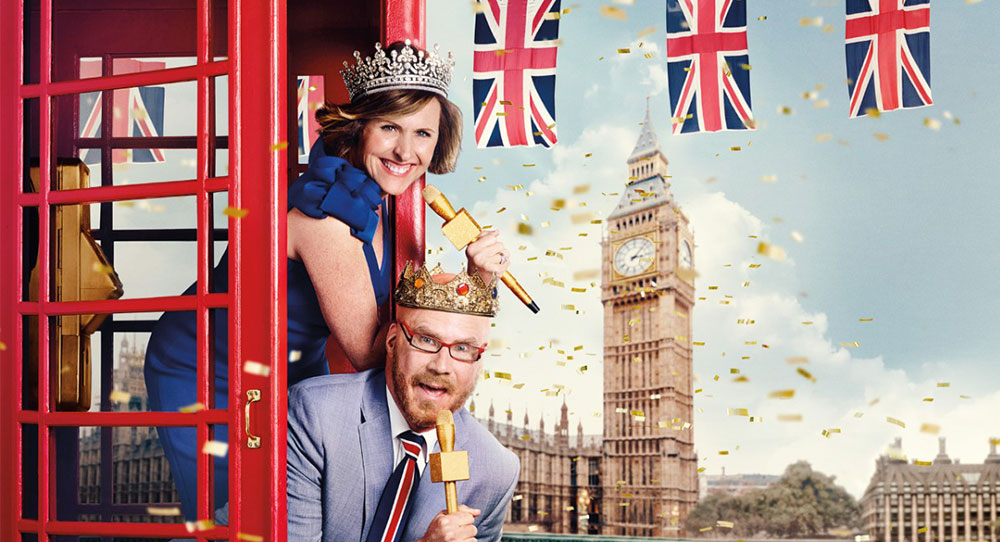 This weekend, nearly every Australian network is covering the royal wedding.

On Foxtel and Fetch, UKTV will screen the BBC coverage, Giuliana Rancic covers it for E!, and Anderson Cooper headlines CNN. But the funniest could be on FOX8 with its HBO coverage from “broadcast legends” Cord Hosenbeck (Will Ferrell) and Tish Cattigan (Molly Shannon). According to Cord, “There will be more luxury packed into that church than all the Bed, Bath & Beyond stores combined.” Sound promising – more of that, please.

There is, however, one royal party pooper and it’s TEN. It is spending Saturday night screening back-to-back episodes of UK reality series Ambulance, which may have just won a BAFTA for Best Reality Series but this big serving of real life and death will be exhausting at best. If TEN needed to do something cheap and cheerful, why not something like SBS, who will have Myf Warhurst, Joel Creasey and Ray Martin, not in London but in front of a studio audience from Sydney. Or TEN could have utilised Lisa Wilkinson who is in the UK for The Project.

No commercial network is as loved as Network Ten. It doesn’t slavishly copy the competition, like Seven and Nine often do, and instead has won fans over by daring to be different and being a bit cool.