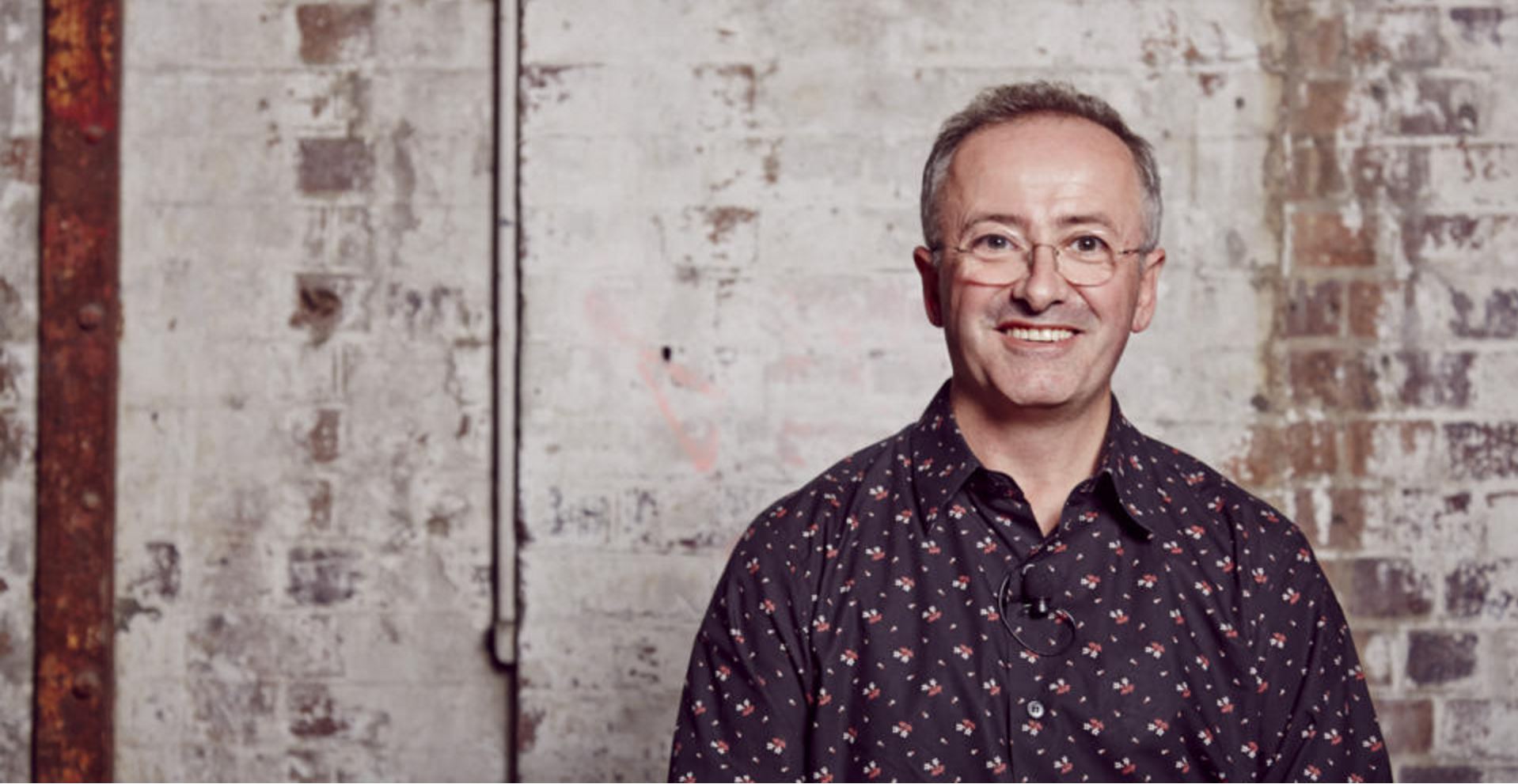 Former TV presenter Andrew Denton explains why he chose podcasting as the medium to set an agenda with Better Off Dead.

Where most hosts would do all that they can to get listeners for their podcasts, Andrew Denton has a unique attitude to promoting his own podcast series Better Off Dead.

“As I say to everyone, don’t feel obligated to keep listening. If it engages you, go for it. But it’s not an easy listen,” he said.

Denton’s attitude comes from a place of realism, not indifference. He isn’t looking for a podcast that will be number one on the iTunes charts, but rather he is looking at Better Off Dead as a resource that can be accessed for years to come.

Better Off Dead isn’t your standard storytelling podcast. It has a single focus of investigation, which is to examine the moral arguments and the stories of those affected by the laws surrounding euthanasia in Australia. Denton, through the podcast, asks why good people are dying bad deaths in Australia.

While Denton clearly has an agenda in his discussion of the issue, the podcast series isn’t entirely agenda setting in itself. Instead, it is about providing advocates with the tools they need to work the agenda forward.

“I view it as an old-fashioned thing. Almost like a digital set of encyclopedias,” he stated. “They’re meant to be there as tools, as weapons, as information, and education.

“So, for instance, if you are talking to a politician who said, ‘I hear things are terrible in Oregon,’ you can say ‘listen to this episode’. Or if you hear someone argue Palliative Care in Australia says it can deal with all of this, you can say, ‘Here are two episodes you should probably listen to because this tells you a very different story.’

“There will be people who listen to all of it. If the internet is fast food, then I view a podcast like this as slow cooking. There will be some people who really want to take on that challenge. But, let’s not kid ourselves. It’s hard. It’s emotionally hard. And in places, it is intellectually hard,” he explained.

In total, it is expected that there will be 17 episodes of Better Off Dead, its seventh episode released this week. Denton is still working on the production for the final four episodes of the podcast.  The final episode is yet to be written: “I never intended to do 17. It’s just by the time I finished all the research and the interviews and worked out where the stories were, that’s what it came to logically.”

The decision to do Better Off Dead as a podcast and not as a TV series or a radio production meant that the audio will be available for advocates for years after it has concluded. “I hope it does set an agenda too,” Denton said.

“In a way, there is an awful lot of tinder out there about this conversation. There’s enormous public awareness, and I believe in support for the idea of a law for assisted dying. In a way, I hope this will also be a spark, because the second episode, which is the one with Liz, the response I’ve had from that is people hear it and they get very emotionally engaged. They get angry.

“When people get emotionally engaged, they’re more likely to become intellectually and actually engaged with the subject and speak to other people. That’s how change begins to happen. Doctors start to hear their patients talk about this. Politicians start to hear it come back at them as personal stories and not just a point of view.”

Making Better Off Dead as a podcast series was also a by-product of Denton’s lack of interest in doing television, combined with the intimacy that the podcast medium affords. The inconspicuous presence of a microphone, when compared to a TV camera, was beneficial: “They talk to me about things and let me experience things which would have been very difficult if I had a camera crew.”

Denton was also attracted to the podcast medium for what it offers storytellers. As a free-form medium, the duration of each episode can vary. “There are no rules with podcasting and that was very interesting to me, because I wanted to make this entirely independent of anyone and everyone – podcasting gives me that freedom,” Denton said.

So, as a fan of the medium, what does Denton listen to himself? “I’m a big fan of Alec Baldwin. I really like Here’s The Thing. I like Great Lives, which is from Radio4 in England. I enjoy Bill Maher’s Real Time. Wendy Zuckerman’s Science Vs, which is about to reappear. I really like StartUp, I thought that was very interesting. There’s one I’ve just started listening to, New Tech City, which is pretty good. Radiolab, I really love. Alec Baldwin’s my number one, really.

Better Off Dead has been produced in association with The Wheeler Centre, an organisation dedicated to stimulating public discussion and debate on subjects that will entertain and educate audiences. It’s an association that began when the centre invited Denton to host the annual Di Gribble Argument. Denton turned them down, but only because he wanted to speak at the event the following year on the topic of assisted dying. “Having committed myself to doing that speech, I thought I’d research it properly. I don’t just want to be a ‘celebrity activist’ who picks up a cause. If I’m going to argue this, I’m going to really know what I’m talking about. I realised I was going to do a lot of interviews in my research. I thought I’d record the interviews, so why not make it into a podcast?” he revealed.

The Wheeler Centre then provided a producer to assist Denton in the podcast series, along with some financial support for the producer to join Denton in travelling to Europe for interviews.

The rest of the expense for the podcast was fronted by Denton, who covered his own expenses and airfares. Denton was hesitant to say exactly how much he spent, but it’s believed to have been in the low six-figures. “This may have been a silly thought, I felt it’s important that I take no money for this and that I pay for it because that is the sincerest statement of intent,” he said.

“I’ve seen a couple of people suggest that I’m doing this for the money. I think, ‘Oh, how little you know.’ I’m so much in the red, it’s not funny,” Denton admitted with a laugh.

“Next time I’m going to do something really straightforward like ‘favourite colour’ or ‘chocolate is yummy’ or something like that. Less controversial, and less all-consuming. This has completely taken over my last year,” he said.