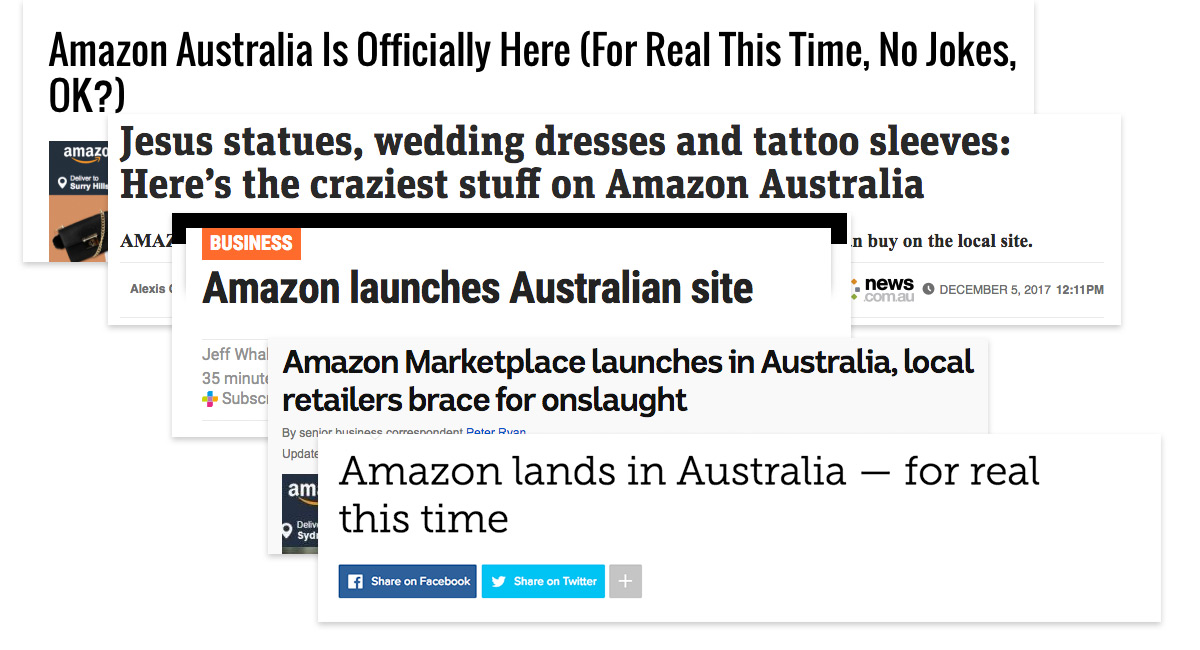 The media has been overhyping the Australian launch for many months

Amazon has officially launched in Australia. Naturally, the media has been overhyping the launch for many months with plenty of anticipated launch dates coming and going without any action.

Some of the headlines today include:

• Amazon launches in Australia, and it’s about freaking time (Mashable)

• Amazon Australia Is Officially Here (For Real This Time, No Jokes, OK?) (Pedestrian)

• Amazon Australia Launch: A Lot Of The Prices Suck (Lifehacker)

• Amazon Australia has timed its launch perfectly for the Christmas period, but here’s how local retailers can survive (Business Insider Australia)