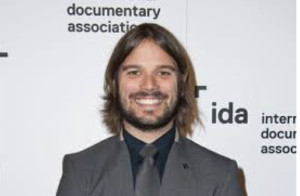 Debut filmmaker Alan Hicks (pictured) has been awarded the prestigious David and Joan Williams Documentary Fellowship at a private reception and screening. The Fellowship is intended to reward creative ambition, intellectual rigour and innovation in documentary cinema.

Announcing the Fellowship on behalf of the selection committee Bob Connolly said, “ The Williams Fellowship is all about encouraging theatrical documentary as an art form. There was no doubt amongst the committee that Alan, whose debut film attracted international critical and commercial attention, is on the threshold of what promises to be a bold and exciting career. A most deserving recipient of this visionary fellowship.”

The selection of the Fellowship is by a small industry panel. It is the most substantial annual Fellowship available in Australia for documentary practitioners. The 2015 Fellowship will provide Alan with $50,000 with which to explore, expand and challenge his filmmaking practice and raise the bar of excellence in Australian documentary.

Alan Hicks is a musician and emerging Australian filmmaker whose feature debut Keep On Keepin’ On follows the late jazz legend Clark Terry (Quincy Jones‘ first teacher). It tells the story of his relationship with a promising young pianist, Justin Kauflin, whom Terry first taught at William Patterson University and with whom he continued to work even through his failing health.

Kim Williams said: “Because I believe documentary matters, I established, following the death of my parents in 2008 and 2009, a fellowship named in their memory – The David and Joan Williams Documentary Fellowship – which has been awarded annually through the Australian International Documentary Conference, quite independently from me.

“The decision on who receives the fellowship is made by Bob Connolly, Victoria Treole and Julia Overton, ably supported by the AIDC’s former director Joost den Hartog. The Fellowship is intended to give an independent filmmaker a decent sum of money to have time to reflect and prepare for their next work. I hope it has been of some service to the four recipients thus far (Jennifer Peedom, Matthew Bate, Juliet Lamont and Lynette Wallworth). It also supported the visit to Australia by leading USA documentarian Joe Berlinger, who gave classes across the country under the auspices of the AFTRS a few years ago.

“This year’s awardee, Al Hicks, sounds like a most worthy one and I was encouraged by the sense of focus and enthusiasm from a recent note he sent in response to my congratulatory message on his fellowship. Documentary matters now more than ever before, because it is about us and our society and its aspirations (and often our failings). Above all it speaks to us in our myriad voices and offers fresh perspective on the issues and activities that make up contemporary Australia.

“In the future the Fellowship will transfer to the auspices of the Documentary Australia Foundation and will be biennial starting from this year’s award. I am committed to supporting great effort in documentary for some years to come – it is a vital crucible to examination and thinking in accessible and creative ways which matter, driving necessary national conversations.”

Photo: Scene from Keep On Keepin’ On