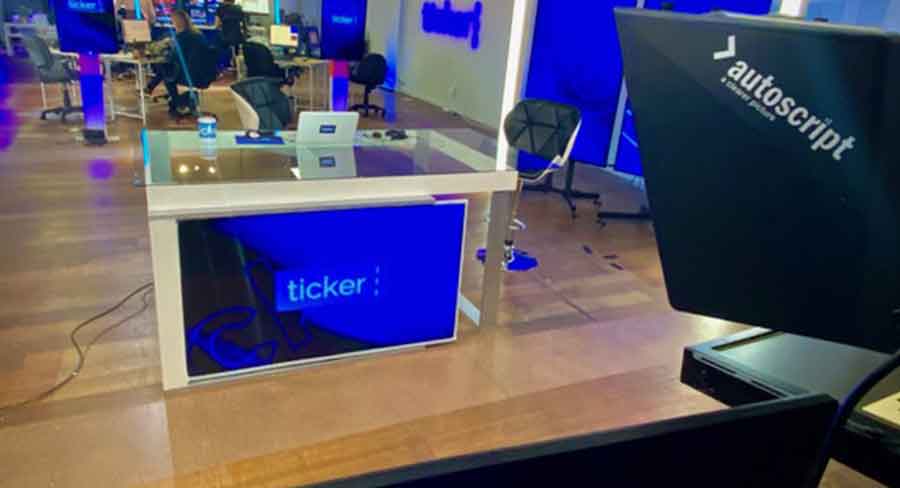 Ticker is embarking on its biggest expansion of news programming yet, with the introduction of 30 minute news programs at the start of every hour of the day, from breakfast to dinner time.

Ticker News programming is promising to cover everything from the latest headlines to in-depth discussions on key issues including business, social, environmental and current events in Australia and around the world.

• Ticker Jumpstart begins the day, a breakfast show hosted by Alana McLean and Benjamin Norris.
• Award winning journalist and Ticker founder Ahron Young then hosts Ticker Today at 10 and 11am Monday to Friday – covering the ASX opening and all the day’s news – and interviews news leaders and business startup founders around the world.
• Spotee Your Call Hour with Elio D’Amato expands to Mondays, Wednesdays and Thursdays, giving viewers the chance to ask the experts their questions about the stock market.

Ticker’s current business-lifestyle programs will shift to the back half hours of each hour, including shows like She’s The Boss, Bread and Butter, Ticker Property, Black Belt Leader, Ticker Bytes, Innovate Today, Online Offline, Inside Entertainment and Fearless.

“Ticker News is everywhere! That’s always been our goal at Ticker. Today we announce Ticker’s future news expansion plans to what has been a continually evolving streaming ecosystem for the last 10 months.

“We began with a 20-minute show on 19 August last year, and since then we’ve increased our programming strategy to broaden our scope from covering just business and finance news to covering the issues impacting our audience around the country.”

The relaunch comes on the eve of a new network branding package, designed by the team at Lightrise Studio.

“Ticker has witnessed increased audience growth and viewership across all our platforms as we invest in our studios and infrastructure. We have had to completely rebuild our IT networks due to the increased demand for content and production.

“The reaction from our commercial partners has been extraordinary, despite the difficult economic conditions. We have grown our audience and our commercial agreements.”

“This is my 20th year as a journalist, and the Ticker team’s can-do attitude has been inspiring. It hasn’t even been a year since we started broadcasting from a small coworking office in the city. We’ve now created a full programming list of more than 30 shows a week, as well as increased news programming.”