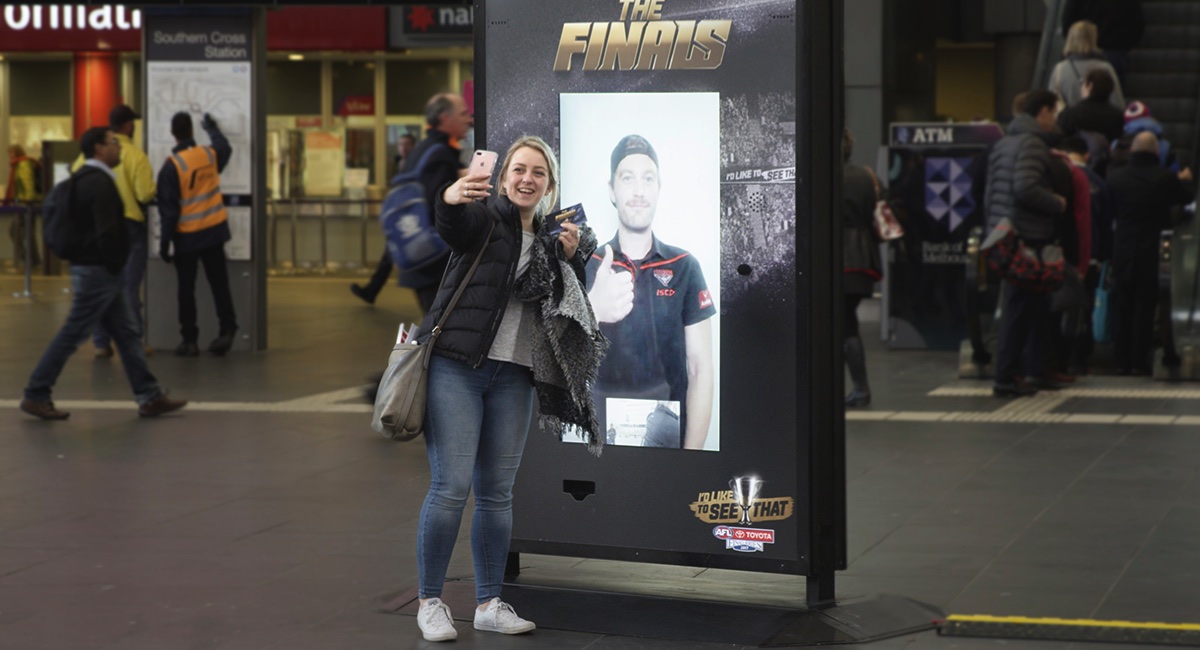 The AFL partnered with JCDecaux, Virgin Australia and Vizeum Australia to launch an Australian-first livestreaming stunt with instant prizes to engage audiences in Sydney, Melbourne and Adelaide earlier this month.

The campaign appeared on interactive digital panels in CBD areas. At a random peak time, the panel displays were activated, livestreaming well-known players and enabling members of the public to interact in real time.

Housed in an off-site Virgin Australia Lounge studio, players rewarded their fans with game tickets or vouchers via the screens, including two AFL Grand Final tickets per city with flights from Sydney and Adelaide.

The AFL’s head of marketing Julian Dunne said: “We are delighted to have partnered with Virgin Australia and JCDecaux on this initiative. We know it’s the stars of the game who the fans really want to see and through this initiative fans were given the opportunity to meet and interact with their footy heroes and to come and experience a game live.”

Virgin Australia chief marketing officer Inese Kingsmill said: “As the proud official airline of the AFL, this campaign was a unique way for us to bring our sponsorship to life and also give back to the AFL fans.”

JCDecaux’s head of creative solutions Alan Klein said: “AFL players surprised their fans speaking directly to them from the panels and their reactions make incredible shareable content for both the AFL and Virgin Australia. Using our digital panels as a creative stage to reach people online as well as on the street has brought a whole new level of wow factor to the AFL and its fans.”