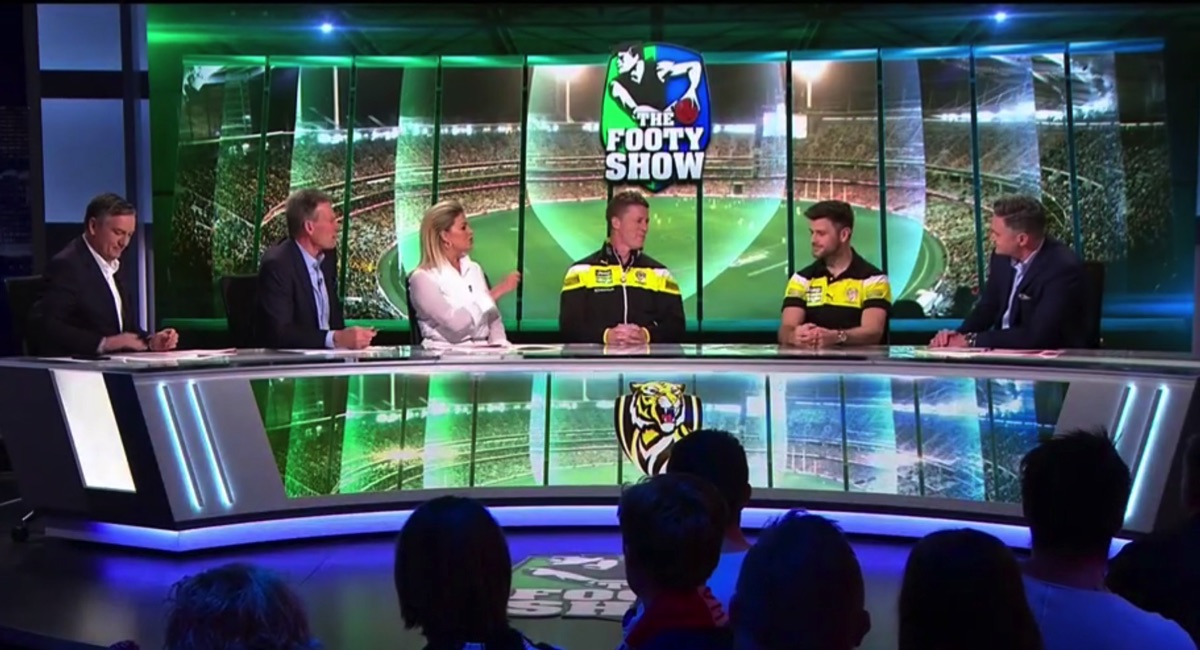 The return of Eddie McGuire to a re-booted AFL Footy Show has returned an immediate dividend to Nine in the form of a massive three-market audience of 529,000 with 381,000 in Melbourne. That is the best Melbourne Footy Show audience since Rebecca Maddern‘s first show in April last year which did 422,000. Nine noted this morning that apart from that episode and the grand final episodes, it was the best Footy Show Melbourne audience in six years.

By comparison, the last time the AFL Footy Show was on air three weeks ago, it did 157,000. 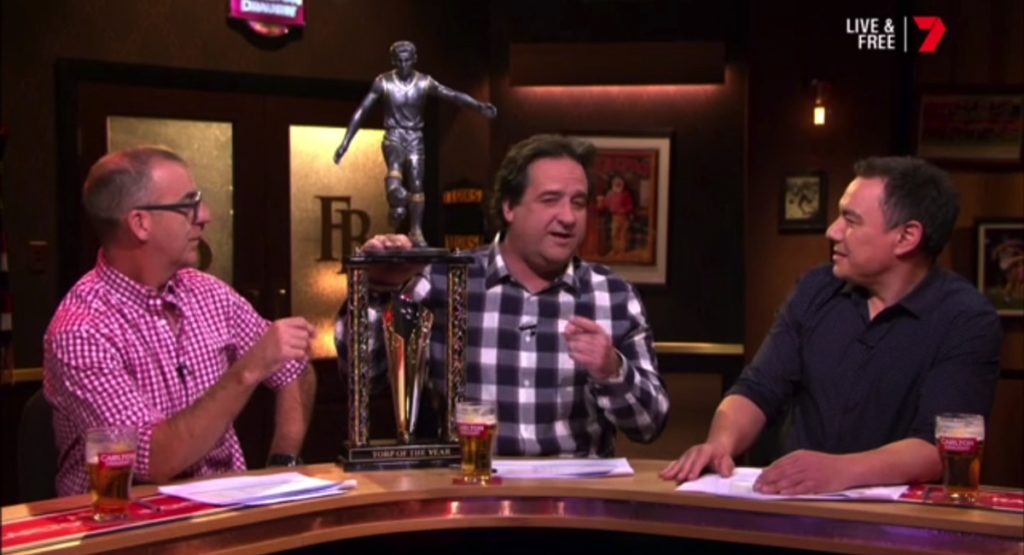 The Footy Show started with the Braveheart sequence which featured on the front page of the Herald Sun yesterday and then Melbourne singer/songwriter Chris Doheny performed the theme song “More Than A Game”.

The new set featured one big desk with Eddie far left, Dave Hughes far right, with Sam, Rebecca Maddern and the guest footballers in the middle. During the show Eddie thanked the previous hosts James Brayshaw, Garry Lyon and Hutchy for their work on the program. Highlights included Billy Brownless and Shane Crawford arriving with a truck full of competition prizes and a new segment called Footy Box, with footballers watching TV footy shows.

The Footy Show didn’t finish until just before 11pm, with Eddie commenting this morning on Triple M it went too late and they will tighten up the format in future. If the numbers hold close to where they were last night, Nine will be happy for the show to run late.

The Front Bar featured special guest Collingwood great Peter Daicos first at the bar then on the desk later in the show with hosts Andy Maher, Mick Molloy and Sam Pang. Can it be coincidence that The Front Bar featured a legend from McGuire’s beloved Magpies, while The Footy Show featured the coach and captain of Molloy’s beloved Tigers?

The Front Bar resisted the temptation to get too showbiz, although they featured a marching band walking through the set at the show’s start and finish. Chris Judd was a guest and at the end of the show Molloy said he was off to watch the last half of The Footy Show.