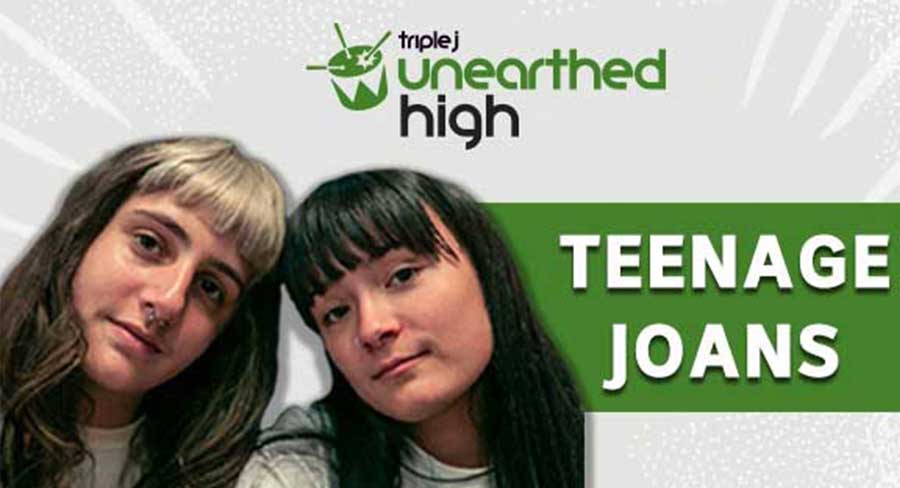 For the last two months, triple j Unearthed has been searching far and wide for the country’s best music makers in high school.

Yesterday the ABC radio station announced that the winner of this year’s Unearthed High competition is Teenage Joans from Gleeson College in Adelaide, South Australia.

After meeting through a mutual friend and stalking each other on Instagram, the two teens have been making music together for two years. In that short amount of time, they’ve made a mark on the local Adelaide music scene, supporting acts like Ruby Fields and The Hard Aches on tour and played over 60 live shows in 2019.

triple j Unearthed music director, Dave Ruby Howe says of Teenage Joans, “The Adelaide duo rose to the top of the class this year showing stacks of potential to make a mark on the Australian music scene. On ‘Three Leaf Clover’ you really get a vision of what is ahead for the band. You can already picture the heaving moshes at their live shows, loose road trips in the tour van, and the cult fandom that’s sure to spawn stan accounts and inspire tattoos of their lyrics.”