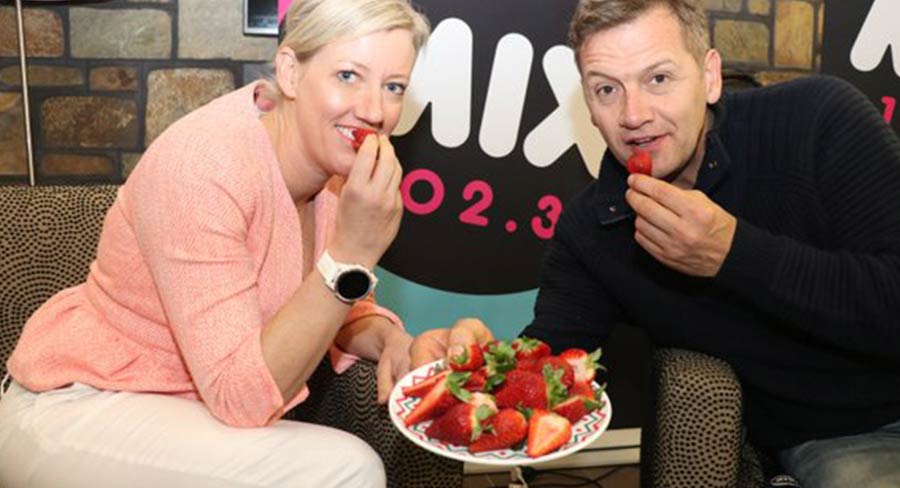 Taking advantage of the ratings break in Adelaide this week is the breakfast show at Mix 102.3, Jodie and Soda.

Week four of our deeper dive into radio ratings around Australian metro markets stops in Adelaide this week. There is a one-week break in radio ratings to coincide with the September school holidays.

Many radio shows around Australia are taking advantage of the last ratings break this year before survey ends on December 7.

Many of the big FM shows with a heavy sports theme – on Triple M Sydney and Melbourne for example – are working through the break.

In Adelaide both Triple M and Fiveaa breakfast teams report for work this week too.

Taking advantage of the ratings break in Adelaide this week is the breakfast show at Mix 102.3, Jodie and Soda. (We didn’t hear any mention of a Best Of program when we listened this morning, but it sounded like one.) Their breakfast show narrowly trails Fiveaa by 0.6 with David Penberthy and Will Goodings on 14.6%.

The Mix breakfast show is not quite the highest-rating part of the day at the perennial Adelaide #1 station. That accolade belongs to afternoon with a share of 18.5%, with morning next on 15.5% and drive on 14.6%.

With a few other distractions around the network, ARN programming boss Duncan Campbell doesn’t have too many concerns about the Adelaide market.

“We have no issues in Adelaide and that is the eighth #1 FM breakfast show result for Jodie and Soda,” Campbell told Mediaweek. “On the FM band there is daylight between Mix and everyone else.

“It remains a strong, consistent performer when the others don’t have the consistency we do.”

Survey 5, 2018 was the sixth consecutive #1 survey win for Mix 102.3. 2018 has been a brilliant year for the station. In 2016 Mix broke above 15% just once, in 2017 the station only just made it to 13% once, but this year it has been over a 15% share for four of the five surveys. Breakfast is also having a cracker of a year with share of 14% or better in four of the five surveys, something it only achieved once in the previous two years.

Top Photo: Jodie and Soda into the strawberries at Mix 102.3