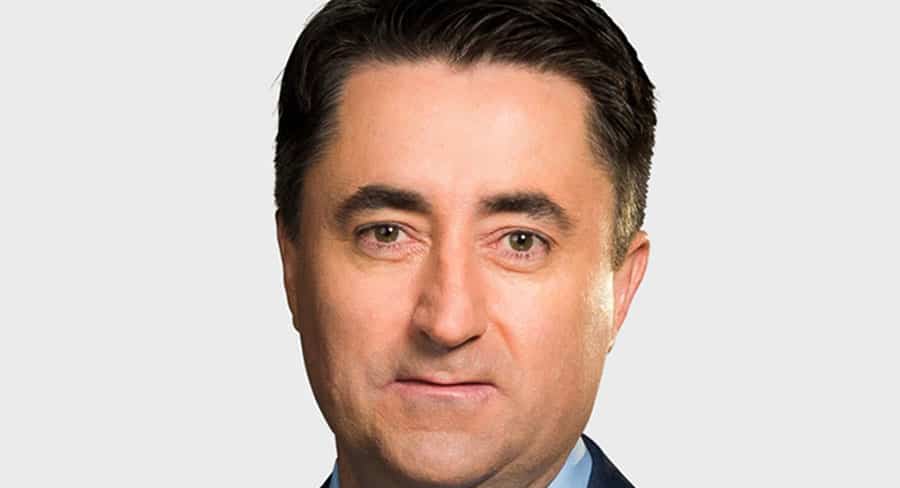 The ABC always rates well when it comes to surveys of trust in the media. The latest survey results, released by Roy Morgan this week, again have the ABC ranking #1.

Roy Morgan’s CEO Michele Levine noted the research ranked ABC as the clear leader as both Most Trusted Media Corporation and Most Trust Media Brand.

While many of the millions of Australians who consume ABC content on its various platforms every month seem happy with the product, the Australian Federal Police have been suspicious and last month raided the ABC head office in Sydney.

Mediaweek visited the Ultimo HQ recently and spent time with the ABC director of news Gaven Morris. We started our discussion talking about that first Wednesday in July.

“I was in the building, and around. We obviously had some warning that [the AFP] may pay us a visit on that day,” Morris told Mediaweek.

“They were certainly in touch. There’d been some discussion leading up to that period, and they were keen to talk to us. We knew that they were arriving. We had cameras at the ready and we were ready to welcome them. A bizarre day nonetheless, even with some notice and warning. A day I’ve ever experienced before in a news organisation – having a small coterie of police officers turn up on your door and want to fossick through your files and things.”

This is the transcript of a Mediaweek podcast
Listen to the complete unedited Gaven Morris audio here.

The AFP was armed with a search warrant with three names on it.

“The two journalists directly involved in the particular story they were interested in [Dan Oakes and Sam Clark], and I was on it as well.

“We weren’t really, fully in the loop on what exactly it was that they were looking for. We tried to work it out from there, really. Thankfully, the erstwhile correspondent John Lyons live-tweeted the whole event, which kept us all in touch with where it was going. What a brilliant job he did across the course of that day. They came on to our premises and we’re a media organisation, so we thought it best that we report the news as it was unfolding.”

Morris said what he worries about most following the AFP raid is the potential impact on the journalism process.

“I worry, first and foremost about Dan and Sam. I hope that they come out of this without a trial and without charges being laid. Beyond that, I think what I really worry about is, the effect that this has on whistle-blowers who are the lifeblood of our democracy and the way journalism works.

The raid has immediately impacted the way many journalists work, said Morris.

“We’ve done extensive training, even since the raids, with journalists who are involved in investigative or research-based journalism. We are looking at our technology and the way we use it, making sure that we have ways for people to provide us with information that is beyond searches and email checks.”

I worked overseas for about 11 or 12 years. I worked for CNN and helped start Al Jazeera English, as a channel. I came home to Australia, fundamentally thinking that international journalism is as important as anything else that the ABC can accomplish and contribute in the public’s interest. That was why I came back to the ABC after doing some time here very early in my career.

Since then, I’ve worked my way through various projects and launched, what’s now the ABC News channel. Worked on many of our digital services, to try to bring them up to contemporary audience standards. Then stepped into this role almost four years ago.

I work on many platforms and with news services from Facebook to Four Corners, and everything in-between. It’s more complicated than it’s ever been as audience habits have changed vastly.

We’ve got about 1300 people across the board. That would include full-time equivalents, so some casual roles and things like that in there. It’s a lot of people, and we take the responsibility of the taxpayer’s money that we’re granted, to provide such comprehensive services, really seriously.

How much does the news cost?

Certainly, since 2008, we’ve never been far away from a budget reduction target that we’ve had to try to meet, whether that be through reductions in money from the government, or whether that be through trying to provide services and strike the right balance between being in the right places with fixed or falling resources. We’re really grateful for every dollar that the tax payers award us. We try to spend it as efficiently as we can.

TV is still the main way audiences come into the ABC. A big broadcast on television can bring in a million viewers. It’s very hard to do that with the array of radio services that we have, or on digital. Obviously, that relationship is changing, and television audiences are declining pretty quickly, for all companies, not just the ABC. Radio audiences remain incredibly static. When you consider the change that we see in the industry, radio audiences are very loyal. Digital audiences have been rapidly on the rise.

ABC hosts in period of transition

There is a generational change moving through the ABC at the moment, which both allows us to reflect on incredible people that have made an amazing contribution to our audiences over many years. People like Barrie Cassidy and Tony Jones. A great part of this job is trying to bring through the next generation of on-air stars, but also the next generation of great producers and executive producers and editors behind the scenes as well.

[We asked Morris if he was surprised Sky News wouldn’t let go of their biggest star.]

Not really. He had a contract and we were certainly not wanting to do anything to dishonour his contractual arrangements. We knew that we may have to wait a little while, but he’s an incredible talent. He’s going to have a great time at the ABC. The ABC will embrace David Speers and our audiences will really enjoy what he can bring to Insiders, but also I think you’ll see him contributing in other ways across the ABC.

Anyone that knows David, knows that he’s an incredibly productive person. Wherever we can find opportunities for David to contribute, we will. Remember, he’s got a great heritage in radio that he hasn’t stretched his legs in for a while.

We’ve got an opportunity to really look to refresh and revive the program. We’ll get to work in the months ahead on what Q&A will look like next year. Whether there’s a single presenter or whether we’ll look at a combination of people.

A new presenter is an opportunity to really think about all of the ways that show connects with people. After 11 years, give it a spruce up.

Will Four Corners get a new host?

We’ve done it over the years, both ways – with a host, without a host.

What [EP] Sally Neighbours has built is a really formidable group of reporters now, who are just as great faces of that program as Sarah Ferguson was. I don’t think there’s a natural emerging host for Four Corners, so we’re happy to continue with that format for the time being.

The strategy around the ABC News channel was always to be seen in living rooms, and not necessarily in airport lobbies and hotel rooms and offices in Parliament House. The commentary brand that Sky News does, appeals to a particular audience who are after that. That’s a perfectly valid path for them to go down. We want our News channel to be seen in everyone’s living room, and to provide an essential service that goes to the core of what we do here, and that’s journalism, and news coverage, and bringing the world into people’s homes.

News Radio has the leanest and most efficient live news team I’ve ever seen. What that team have done for 25 years, in putting together a service that goes across the day and is constantly reflecting the changing nature of events and things that are going on. It was the pioneer of the ABC being a continuous news service, and it does it without much fanfare and with many fewer resources than its contemporaries overseas. News Radio often gets overlooked, but it’s something we should be very proud of.

Our new chairperson is a very big fan of it as well, which is great. I know, Ita Buttrose is absolutely, a fan and a regular listener to News Radio.

“We’ve got 11 permanent bureaus at the moment, and in those bureaus, we’d have around 20 people. These are the hardest working people in the industry, in my view, particularly at times when big stories break. I am very proud of the work that our foreign correspondents and our teams do, because the work’s relentless. The conditions are difficult. Sometimes the stories are incredibly hard and yet, the enthusiasm and the professionalism that all of our people that are posted in our foreign bureaus brings, is amazing.

My passion is for international news and ensuring the ABC has that front and centre as one of its core services. For me, international reporting – understanding China at the moment, understanding the Asia-Pacific around us, working out what’s going on in the US and Europe – is crucial to us understanding where we’re going as an economy, as a country.

To me that is a not-negotiable part of our service.