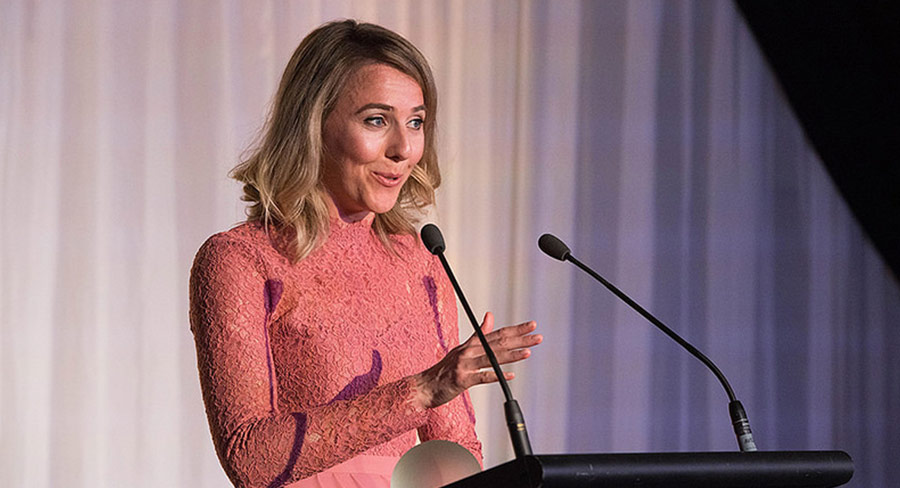 ABC journalist Angelique Donnellan dominated the 2018 South Australian Media Awards held recently. She took home five awards during the ceremony, including the biggest of them all – SA Journalist of the Year.

“I had no idea. It was really overwhelming. I was chuffed,” Donnellan told Mediaweek.

What a year 2017 was for the ABC reporter! Not only was she involved in one of the biggest stories to come from South Australia that year, but she also got to pursue her passion for long-form journalism by joining ABC’s current affairs show 7.30.

Donnellan’s reportage exposing abuse and mismanagement at the Oakden nursing home for mentally ill older Australians sparked a government investigation. It subsequently resulted in the closure of the facility. Donnellan worked on the series of stories with Nicola Gage. Together, they won the Best TV/Video News Report and the All Media – Public Service Journalism categories. Individually, Donnellan also won the Best TV Broadcaster award for it.

“Nicola had been in touch with the official community visitor in South Australia. His job is to monitor what happens in state-run facilities such as Oakden. He raised concerns about one case where the husband of a woman named Barb Spriggs had been mistreated and overdosed significantly with medication, and had been excessively restrained. He had bruises up his legs,” Donnellan said, about how she got involved in the story. “I have a background in political reporting and have quite a few contacts in the health area. I made some enquiries about the story. I had a feeling that this was not an isolated case. It didn’t take too long to work out that there were complaints about this facility going back 10 years.”

What Donnellan found was that the staff working at the facility had raised concerns about its practices but nothing had been done. There were past media reports about a death at the Oakden nursing home in 2008. Donnellan and Gage started investigating the story together in January 2017. By the end of last year, residents were relocated and the facility was closed. Donnellan with her gongs from this year’s SA Media Awards. See a full list of winners here.

“There wasn’t one effective medium. It was the number of stories across platforms that we did that kept this issue on the radar,” Donnellan said. “It was one of those issues that other media didn’t really touch. We were running with the story for quite some time before the other media outlets bought into it. But after they did and the government conceded that there was a huge problem with the facility and the chief psychiatrist’s report confirmed that, it dominated the news for months.

“The momentum built as time went on.”

At the time of working on this story, Donnellan was the ABC state political reporter. Following the investigation, she joined 7.30. This was like a dream job for Donnellan who said investigative journalism is her “passion”. Her skills in it were recognised at the 2018 SA Media Awards too.

“Beyond her public persona there is not a lot known about Sally Zou. It came during a time when there was intense scrutiny on foreign donations to political parties. It turns out that Sally Zou is one of the Liberal Party’s biggest donors,” Donnellan said. Many questions were raised in the parliament about this. “She was a mystery. People had been scratching their heads about her for some time.”

She and Wainwright were tipped off about some former disgruntled workers of Zou’s mining company. “It got to a point where workers were sacked and owed money. The money was eventually given to them, but it was paid in cash rather than electronic funds transfer,” Donnellan said. “We had a story about people questioning her on the political front and we also had these workers concerned about how she was running the company.”

Reflecting back on her award-winning stories and move to 7.30, Donnellan agreed that 2017 had been a good year.