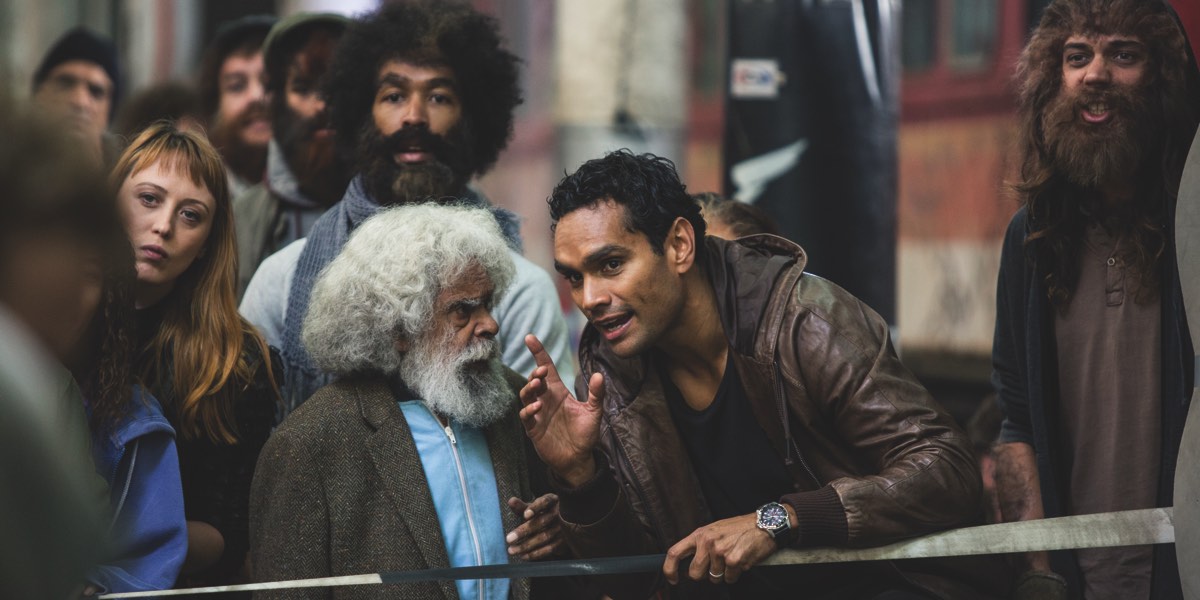 Cleverman has been greenlit for a second series just moments before its Australian debut.

Prior to its debut last night on ABC Television, ABC TV announced that Cleverman has been commissioned for a second season. The show, produced for ABC TV and SundanceTV, is focused on an indigenous man who gains superpowers in a world that is being impacted upon by creatures of Aboriginal mythology. Cleverman is described as Marvel Comics meets District 9.

The show debuted in Australia to a national audience of 452,000 on ABC TV, but did not rank in the top 100 cable shows for the night in the US for SundanceTV.

Thursday, June 2, 2016 — Sydney and New York – ABC and SundanceTV today announced that a second season of Cleverman, the epic genre drama, will go into production in Australia later this year.

The recommission announcement comes just as series one launches internationally – in the United States on SundanceTV on Wednesday, June 1 at 10/9c – and in Australia on ABC and ABC iview on Thursday, June 2 at 9.30pm.

The first series of Cleverman has also been sold to channels including BBC Three in the UK and was selected to screen at the 2016 Berlinale Film Festival in Berlin and 2016 Series Mania TV Festival in Paris.

Cleverman series two will be a further 6×1 hour episodes produced by Goalpost Pictures Australia and New Zealand’s Pukeko Pictures for ABC TV Australia in co-production with SundanceTV and Red Arrow International, with the assistance of Screen Australia, Screen NSW and the New Zealand Screen Production Grant. Production will be based in Sydney.

Red Arrow International will continue to distribute the drama worldwide.

Sally Riley, Head of Scripted Production, ABC TV, says: “It’s rare that you get the green light for a second series of a show before the first season has even gone to air, so for me it’s a testament to the quality and audience appeal of Cleverman. It is also a testament to the unflinching support the show has from our funding partners Screen Australia and Screen NSW here in Oz, and our international partners Red Arrow and Sundance TV.”

Said Joel Stillerman, president of original programming and development for AMC and SundanceTV: “The world that Ryan Griffen and the rest of the team behind Cleverman have created is a perfect blend of timeless mythology seen through the prism of a near future lens. This is a series that sophisticated genre fans will no doubt fall in love with. We are thrilled to be working with our incredible partners at ABC TV, Goalpost Pictures Australia, Red Arrow International and Pukeko Pictures to continue the West brothers‘ journey.”

Screen Australia CEO Graeme Mason said: “Cleverman fully deserves the local and international accolades that it has received – it’s engrossing, challenging, entertaining and unique. Following this original concept from inception through to development and now seeing its resonance with audiences both overseas and at home is a proud moment for Screen Australia. Congratulations to all involved.”

Henrik Pabst, Managing Director of Red Arrow International said: “Cleverman has already generated a huge amount of interest with international broadcasters, and the great news about season two will continue to build on this success. Congratulations to everyone involved in this groundbreaking new drama.”