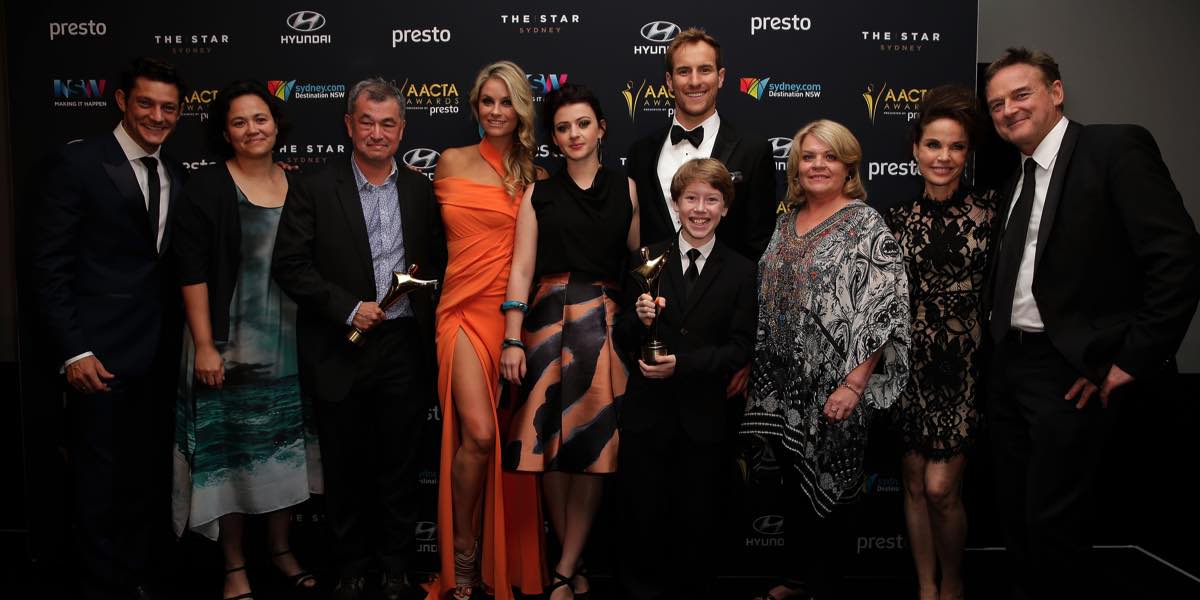 Most of the ceremony was broadcast on Seven at 8.30pm Wednesday, but a few key segments were edited out to allow Seven to package the event into just over two hours of airtime. An encore screening will follow on Foxtel Movies Masterpiece channel on Friday 11 December at 10.15pm.

Among the show highlights was the presentation of Australia’s highest screen accolade, the AACTA Longford Lyell Award, to Cate Blanchett, who received tributes from some of the world’s biggest names in film, including Martin Scorsese, Alejandro González Iñárritu, Robert Redford, Ridley Scott and Ron Howard.

The Seven Network’s Shine Australia-produced Peter Allen – Not The Boy Next Door received all five of the awards for which it was competing, making it the most awarded television production of the 5th AACTA Awards season and bringing its total number of awards to seven, following two industry awards.

Following its recently announced partnership with the Australian Subscription Television and Radio Association (ASTRA), which will see AACTA extend its subscription television awards as of next year, AACTA announced the winner of its special one-off AACTA Subscription Television 20th Anniversary Award for Best Drama, as judged by a select group of television writers and critics. Love My Way took the Award over other past AFI and AACTA Award winners and nominees, Devil’s Playground, Top Of The Lake and Wentworth. Foxtel’s executive director of television Brian Walsh and Love My Way star and co-producer Claudia Karvan accepted the award.

AACTA AWARD FOR BEST LEAD ACTOR IN A TELEVISION DRAMA

AACTA AWARD FOR BEST LEAD ACTRESS IN A TELEVISION DRAMA