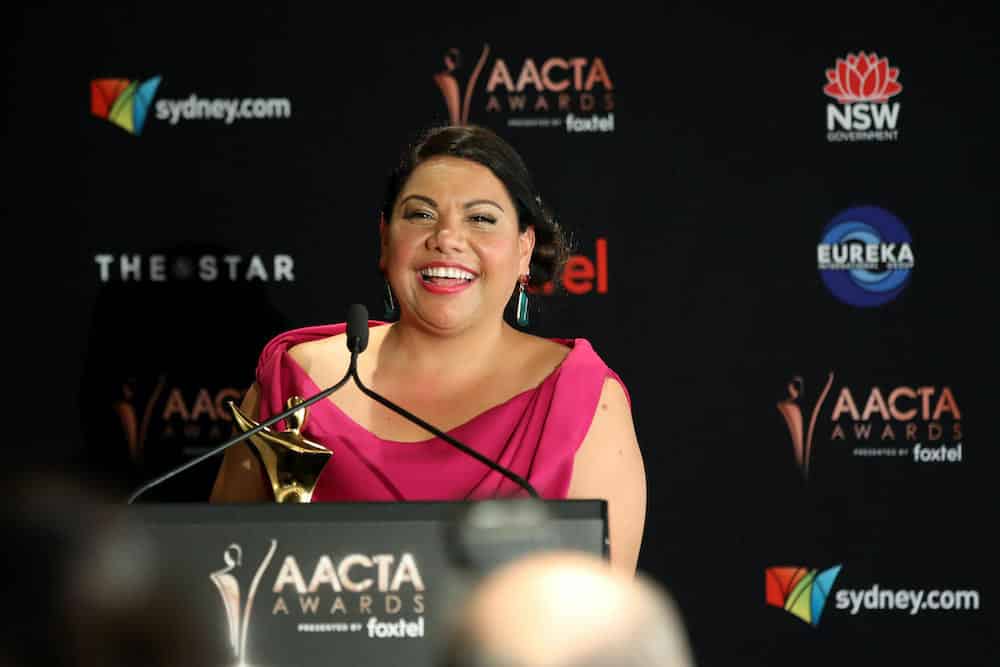 Host Shane Jacobson was joined by a line-up of top Australian film and television talent to celebrate the nation’s top screen achievements at the 2019 AACTA Awards Ceremony presented by Foxtel, held at The Star Event Centre in Sydney.

It was certainly an Awards show with a difference, and possibly the first-ever to be hosted completely from the green room! At times it resembled an episode of Dancing with the Stars as host Jacobson interviewed guests before and after they were on stage.

Jennifer Kent made AFI/AACTA history following the three awards received for her film, The Nightingale. Kent was awarded the AACTA Award for Best Direction, Best Screenplay and Best Film, of which she was a producer making her the first woman to have received Awards across all three categories, for the same film, in a single year. Although she received the AACTA Awards for Best Direction and Best Screenplay in 2015 for her debut feature The Babadook, this year she is recognised also for her work as a producer on her confronting feature.
The film’s vengeful female lead, Aisling Franciosi, received the AACTA Award for Best Lead Actress marking her first AACTA Award nomination and win.

In television, Lambs of God led the 2019 AACTA Awards season, receiving its eighth Award at the evening ceremony for Best Telefeature or Mini Series.

Four-time AFI/AACTA Award winner and 14 time nominee Richard Roxburgh won the AACTA Award for Best Guest or Supporting Actor in a Television Drama for his role in The Hunting.

Additional television awards went to Love It or List It Australia for Best Lifestyle Program, and Australian Survivor: Champions Vs Contenders, which won Best Reality Series for the second consecutive year and marked their third consecutive AACTA Award nomination in the category.

Sam Neill accepted the Longford Lyell Award, Australia’s highest screen accolade for his remarkable career that spans almost five decades with over 130 film and television performance credits to his name. The Award was presented to Neill by Dr. George Miller, with touching tributes from Meryl Streep, Nicole Kidman, Bryan Brown, Taika Waititi and Jane Campion, among many others.