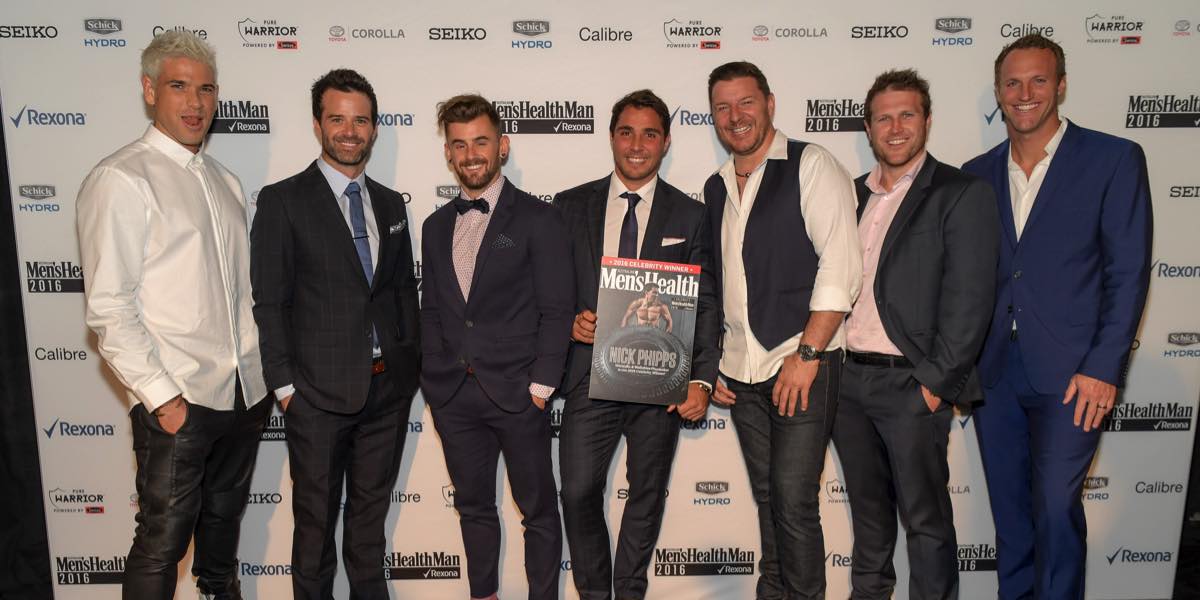 The third annual Men’s Health Man of the Year awards were hosted by Pacific Magazines at The X Studio in Sydney last night.

Triple M drive host Merrick Watts was the MC for the evening, which kicked off at 6:30pm with celebrities and other known personalities making their way to the media wall to pose for the shutterbugs. The official proceedings began an hour later when Watts took to the stage and talked about his intensive 12-week training. “Now I am a man with pecs,” he joked. 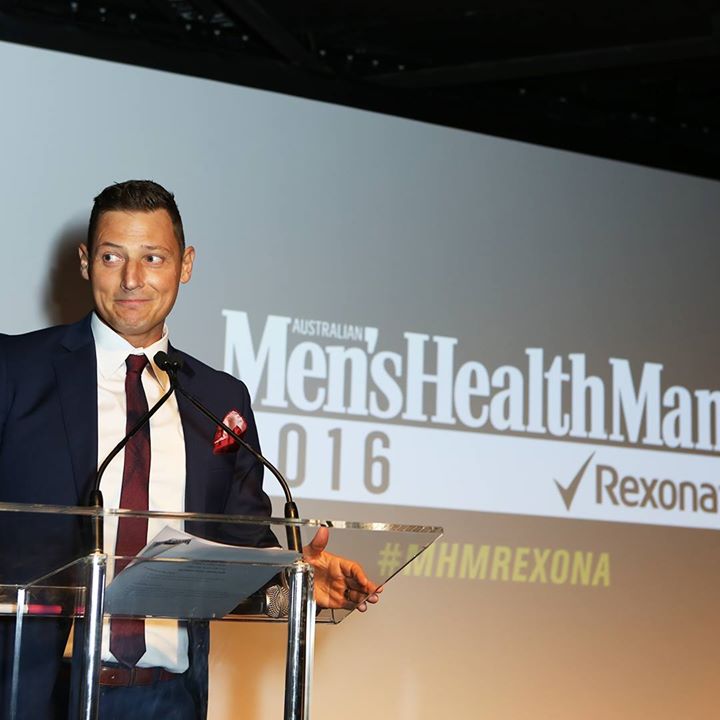 Men’s Health editor Luke Benedictus then took to the stage to speak to the crowd. The guests watched a short video showing the challenges that all the contestants were put through for the awards.

Out of six finalists, war veteran Tim Wilson was crowned Men’s Health Man of the Year. 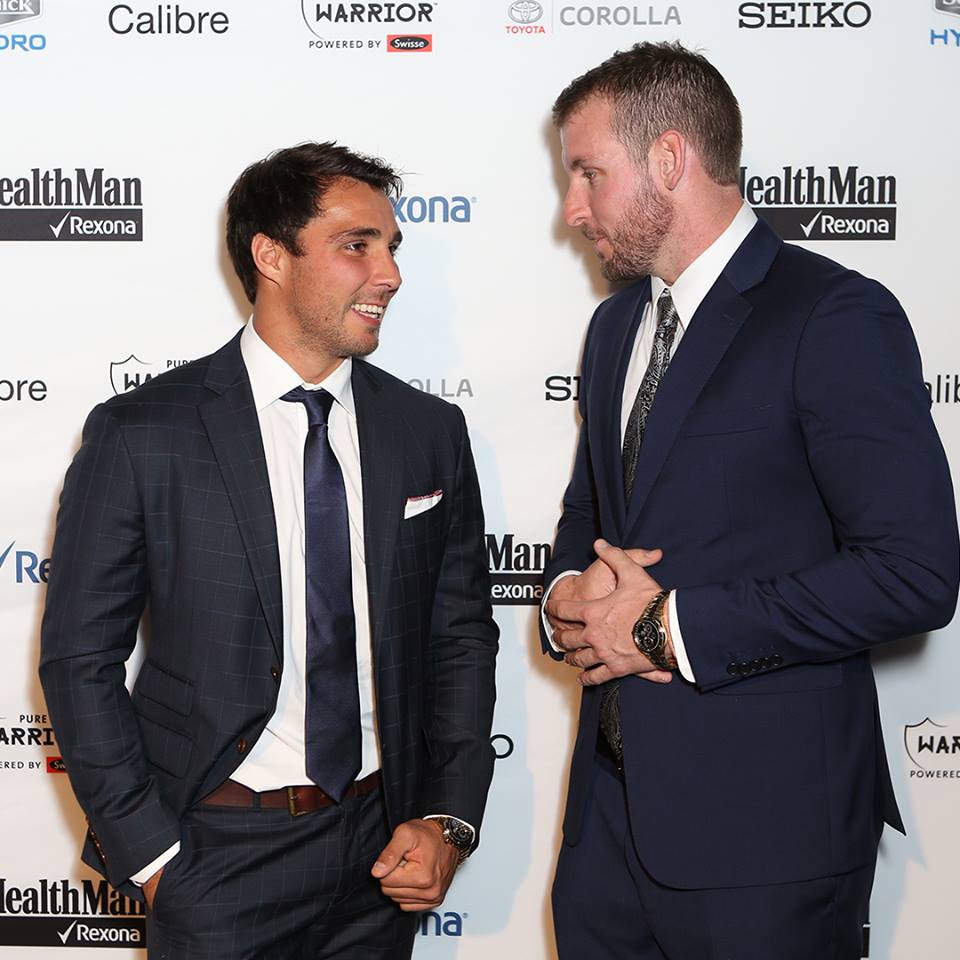 Throughout the formalities, Watts was feeling particularly generous when it came to joking about people who were going to get some three-way action in bed last night. He pointed to at least five or six people throughout the 30-minute proceedings. The crowd responded enthusiastically when he joked the first time with Wilson about it.

Talking to Pacific Magazines CEO Peter Zavecz after the ceremony, he laughed: “We’ll have to have a closer look at the script next year.” 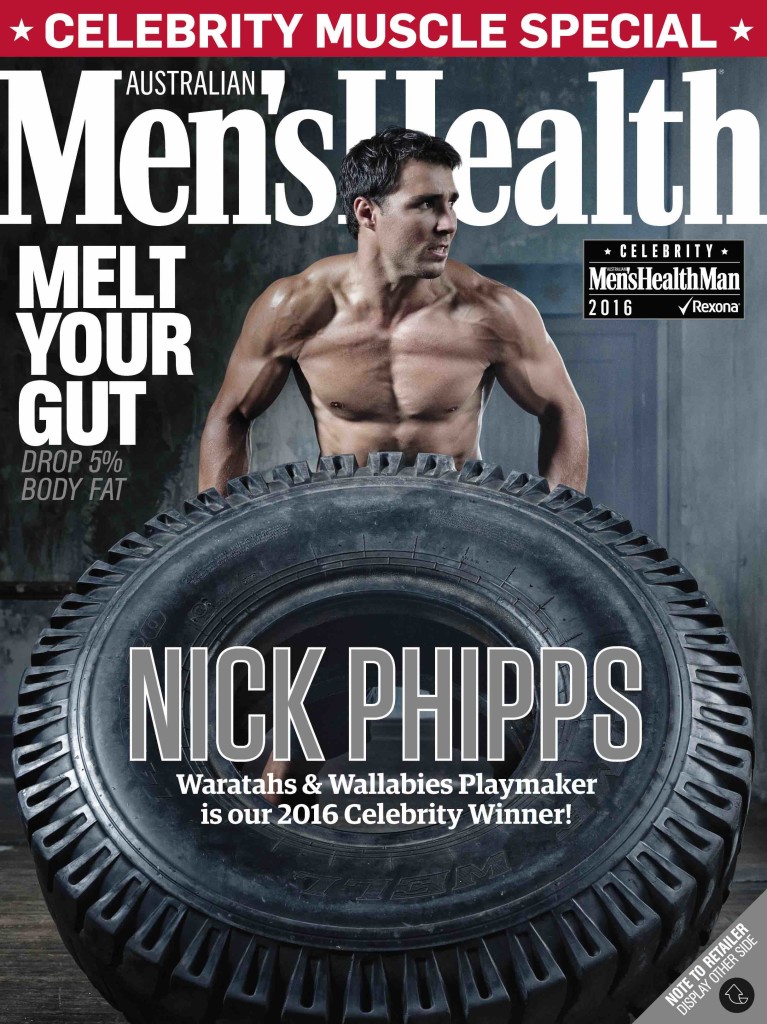 Nick Phipps’ Men’s Health magazine cover, which hits the stands on 4 May 2016.