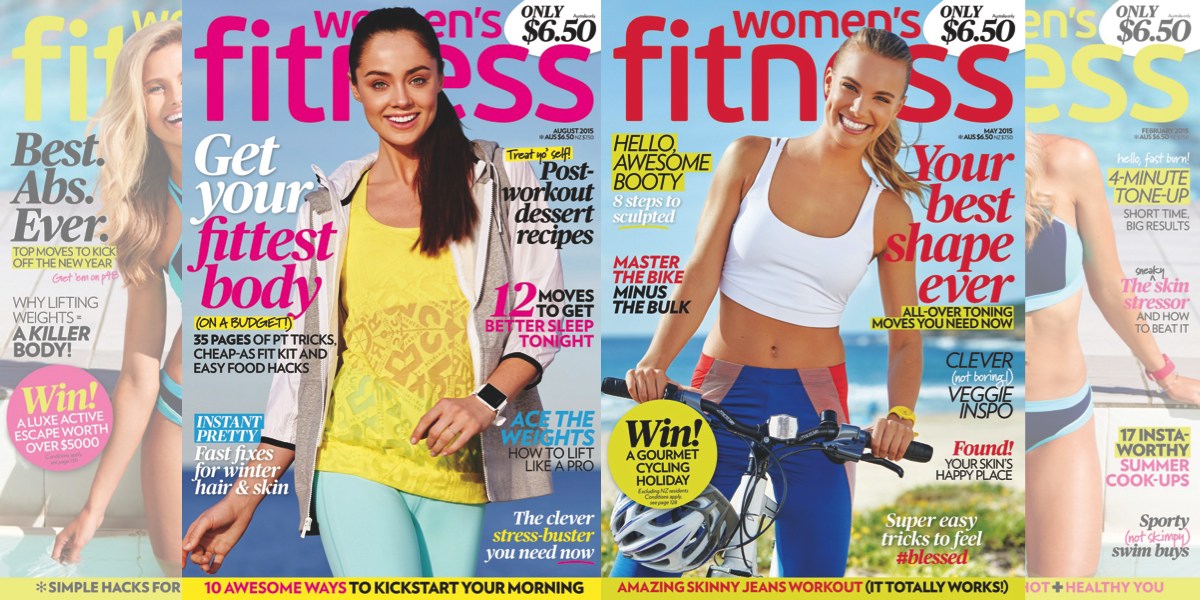 Rewind back to September 2014, Bauer Media’s Women’s Fitness had a sword looming over its head. The title was facing constant rumours of its closure. In early October 2014, the decision had been made, Bauer was to close the title.

In less than a month, Citrus Media announced that it would publish magazine under license from UK-based Dennis Publishing.

Snap back to the present and the title is celebrating three years of livelihood.

“We all had a moment of ‘what should we do now’. But it all happened so quickly that we didn’t get to act on those thoughts and become too serious about the job hunt,” Women’s Fitness editor Samera Kamaleddine told Mediaweek.

“The thought had crossed my mind that potentially it could happen. But, getting that phone call and having that first meeting was a bit surreal, because it’s not something that happens so often in magazines, that you get saved.

“But, it’s a testament of the product that we did that we got saved from the scrap heap.

“Bauer treated us with a lot of respect and I appreciate that. It was a smooth process.”

Since its initial launch in September 2012, the title has not only experienced a change in publisher but also editors. But, the magazine has remained the same, Kamaleddine said.

“I think that was very strategic that we’ve kept the magazine quite the same. It was a great product and that’s not the reason it ever closed.

“The brief from my new publishers was, ‘Keep making the magazine you were making at Bauer.’

“At the risk of sounding like a Paracetamol ad, we’re a trusted source.

“Women’s Fitness is easy to adopt and it’s realistic. That’s how we fit into the market.”

When asked on the choice of cover models, Kamaleddine revealed that she and the title’s arts director handle the casting process for the models themselves.

“I am very much a personality person, so the minute a girl comes in and she’s bouncing around because she’s got so much energy, I am like, ‘Yes! You’re Women’s Fitness. You’re embodying our energy right now.’”

“There’s still that stigma attached to modelling and I think it’s becoming healthier than ever to be in that industry.”

Women’s Fitness does not source any covers from its international counterparts.

“We shoot every month. It’s quite intense.

“[Shooting a cover] can take anywhere between 20 minutes to an hour or two.

“You can get some models who you just get that shot so quickly that it’s insane. You feel like, ‘Oh! Let’s just keep shooting for the sake of it’ but we know we’ve nailed it.”

The editorial team behind Women’s Fitness moved in to their new home with the magazine and it’s established social media pages, which have been operating without a website to bounce off for the past year. Kamaleddine revealed that the title has been working on a website for some time now and is ready to launch any day now.

“We are spreading our wings in the digital space. We are launching our brand new website which is very exciting.

“The beauty of not being part of a larger company is that we aren’t templated to any kind of website format. We have been able to build something from scratch, which means that we put all the best ideas that we could come up with and have a clean slate. It’s been a really cool learning process.”

Asked about how Women’s Fitness is different from its competitors, she said that its appeal lies in the magazine’s wide target market.

“We are about fitness that fits into your life. There was definitely a gap for that in the market. [The magazine] is for real, everyday women. We are not for the bodybuilders. We have a quite wide-reaching target demographic and that’s 18-35-year-olds.

“They are at very different stages of their lives, but the women who are in between this age bracket, who read the magazine, they all have something in common and that is they want to be the best version of themselves. They are a group of women who are united by this common denominator.

Along with birthday giveaways, the October edition of the magazine celebrates the three-year journey with a food issue.

“We want to show readers how fun it can be to eat healthily and be mentally healthy about food as well. After all, food is the best to celebrate a birthday!”