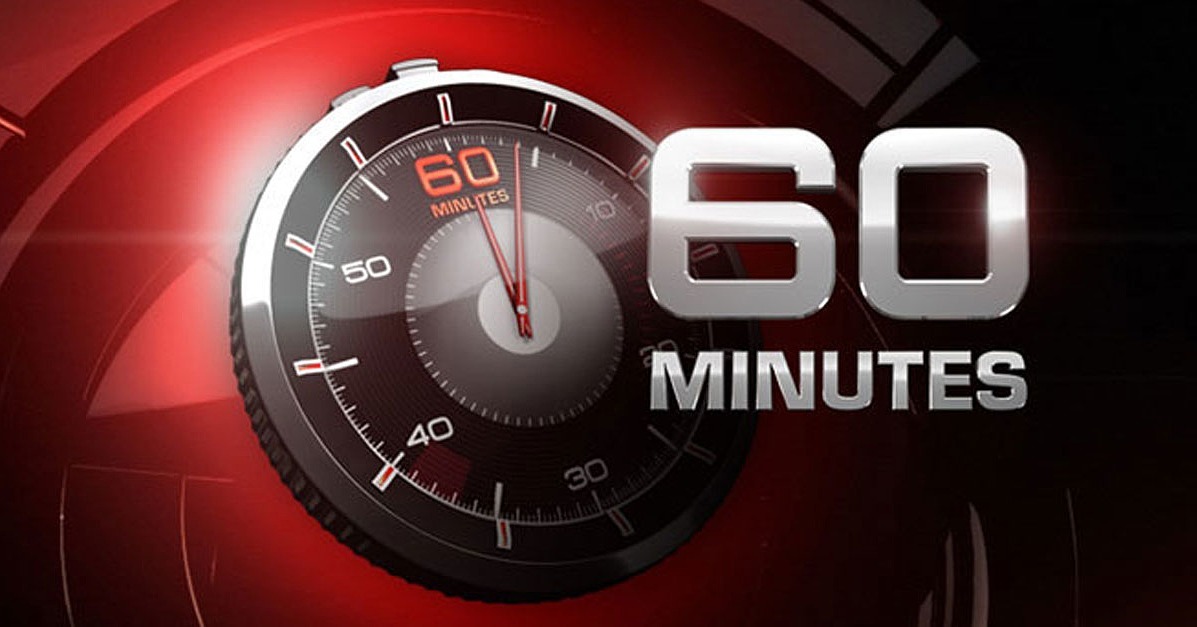 The full review into the the circumstances surrounding the 60 Minutes story about Australian woman, Sally Faulkner, which resulted in the 60 Minutes crew being arrested in Beirut has been released by Nine.

Nine have today released a summary of the independent review into the processes and decisions that led to the recent 60 Minutes incident related to Sally Faulkner and her children in Beirut. The review was conducted by former 60 Minutes producer Gerald Stone, former producer and senior executive at Nine, David Hurley, and the company’s general counsel, Rachel Launders.

Sally Faulkner is the Australian mother of two children taken to Lebanon for a holiday by their father, her estranged husband, who subsequently declined to return the children to Australia. Ms Faulkner contracted a ‘child recovery’ agent (CARI) to take the children from their father’s custody, on a public street in Beirut. A team from 60 Minutes was there to record the event.

In agreeing to pay Ms Faulkner for exclusive rights to the story and in the course of producing the story, none of these critically relevant questions was ever raised by the executive producer who approved it, the senior producer who proposed it or the reporting team that volunteered to participate in it:

60 Minutes has always been known for its distinctive style of showing the human face behind significant issues. Using that technique, it has pursued and delivered high-risk stories from wars and plagues to exposure of high-level corruption.

Sally Faulkner’s sad plight certainly warranted coverage. It points to the sometimes insurmountable hurdles confronted by this multi-cultural country in dealing with the inevitable ‘tug-of-love’ conflicts between estranged spouses who wish to live in different countries. That story could have been told in a number of ways that did not expose Nine to formidable risks.

Where the person the subject of the story is in necessitous circumstances (such as needing expensive medical treatment), the benefit of making payment for a story cannot be denied. In this situation, much attention has been focused on the decision to make a direct payment to CARI, rather than paying Ms Faulkner. There was little practical difference in paying that company directly, and paying Ms Faulkner, when Nine well knew what all of the funds would be used for, and this exacerbated the risks faced by Nine.

It’s quite possible that after 37 years, 60 Minutes had begun to blur the line between stories of genuine public interest and those catering to public curiosity. Coverage of a war zone directly affecting this country’s security is clearly in keeping with the highest standards of journalism, and is worth pursuing despite the risks involved. It would be rare for a human interest story to justify such risks no matter what its potential ratings might be.

The panel interviewed the Channel Nine staff members who were involved in the planning and execution of the Faulkner story, as well as a number of other 60 Minutes staff wanting to contribute their views. Those directly involved had no hesitation in agreeing that there had been a series of inexcusable failures. Each person was asked for their views on whether there is any story not worth doing because of the risk or how the risks involved in Ms Faulkner’s story could be justified.

There was an acknowledgement that 60 Minutes presents stories that others may not be prepared to do, if it will be sufficiently compelling or newsworthy. The attitude among some of the 60 Minutes team was that there would be little that could not be done because of risk.

The reporting team had formed a genuine emotional attachment to Ms Faulkner and as they saw it, the justice of her cause. Worthy as that might sound, such commitment has its obvious pitfalls in coverage of a custody dispute between parents of different nationalities. In this case, it led to 60 Minutes grossly underestimating a number of factors, not least being the power or willingness of a foreign government to enforce its laws. That type of misjudgment is not to be expected of seasoned journalists and is bound to tarnish the program’s world-wide reputation for credible reportage.

Role of Management
In its earliest years, 60 Minutes was directly answerable to senior management by a clearly defined set of guidelines, governing far more than authorised expenditure levels. The guidelines specifically applied to any story likely to pose potential legal risk such as defamation or breach of the law. While it was understood the program would on occasion pursue stories posing risk of injury or death, it was expected to seek an objective opinion on the wisdom of doing so and how such risks could be minimised.

The mistaken judgements in the Sally Faulkner episode are admitted by those directly involved. The review panel believes the erosion of clear and appropriate referral guidelines must also be taken into consideration as a failure at the management level of Nine. The degree of autonomy granted to 60 Minutes was so great that the Executive Producer saw no need to consult with the Director of News & Current Affairs on the wisdom of commissioning this story. The query raised by one of Nine’s internal lawyers about making a payment directly to CARI was discounted by the producer (on the basis that payments to third parties had been done before) and so the issue was not escalated to senior management for a review of the producer’s proposal.

The high level of autonomy given to producers, and the reluctance of team members to voice concerns indicates a culture which supports risk taking, without appropriate checks and balances to identify excessive levels of risk.

Conclusions
Analysis of the process that was followed for approval, planning and implementation of the story shows a number of points at which there was a lack of process within Nine, a lack of judgement or an error of judgment, each of which may have contributed to the outcome which occurred.

The review panel considers that the unintended and damaging consequences which flowed from involvement in the story relating to Ms Faulkner and her children were the result of a combination of:

If Nine’s usual procedures had been adhered to, the errors of judgement may have been identified earlier, with the result that the story would not have been undertaken at all, or at least not in the way in which it was implemented. For example, it could have been executed with the 60 Minutes crew maintaining a more appropriate distance from the events occurring in Beirut. This would have protected the crew from the risk of imprisonment in Beirut and may also have lessened the impact on Nine’s reputation, although that is still tarnished by Nine paying CARI directly, knowing the nature of CARI’s operations.

Those directly involved in the story maintain they felt a genuine desire to support an Australian mother trying to bring her two children back to Australia. In more measured consideration, they might have seen the issue from an entirely different perspective. In her desperation to be reunited with her two children, was it possible her judgment was simply too clouded to realise the many dangers involved in the plan she was seeking to implement? Wouldn’t they have been helping her best by urging her not to proceed?

The review panel does not recommend that any staff member should be singled out for dismissal given the degree of autonomy accorded to 60 Minutes. However, it recommends that management censure, in the strongest terms, those most directly involved in the events.

The staff of 60 Minutes has been thoroughly traumatised by the circumstances which confronted four of the team in Beirut, and by the steady barrage of hostile comment. They are now fully aware how much damage they have caused to the reputation of Nine. The Chief Executive Officer and Director of News & Current Affairs must ensure that all members of the 60 Minutes team are ready and eager to learn from that lesson.

However, there are a number of steps which the review panel recommends be taken, to improve the risk assessment and risk management procedures by which 60 Minutes operates.

a. The Executive Producer of 60 Minutes should approve all stories on the basis of a precise, written briefing on the nature of the 60 Minutes team’s proposed activities and the extent of reliance on third parties, to implement the story, before any contract is signed relating to the story or any material steps are taken to commission the story.

b. The Director of News & Current Affairs should approve any story requiring overseas travel or any stories which are rated as “high risk”.

c. The Executive Producer of 60 Minutes should be given a precise, written briefing on any material changes which occur to the proposed scope of activities of the 60 Minutes team or the reliance on third parties over the course of developing and producing a story.

d. The Executive Producer of 60 Minutes needs express authority to cancel a story at any time (even during filming) if it is considered that the risks of proceeding with the story outweigh the benefits of proceeding.

a. An objective framework for assessing risk relating to stories needs to be developed, based on Nine’s existing safe work procedures. The risks to be considered include location, security, proposed activities of the 60 Minutes team (eg risk of injury), possible effects on the reputation of Nine, financial cost, risk of legal or regulatory action, and public interest in the story.

b. That framework must be applied to any stories which 60 Minutes is proposing, to identify whether further risk assessment and risk management is required.

i. which are rated as high risk by reference to the risk assessment framework;

ii. which involve travel to countries which are rated as “exercise a high degree of caution” or above by the Department of Foreign Affairs and Travel;

iii. which involve countries that are rated below average against an objective corruption index (eg the Transparency International Corruptions Perceptions Index)

d. Nine should ensure that its training plan includes risk assessment techniques to assist producers and other relevant team members in identifying the “red flags” which should be investigated further, before proceeding with a story.

a. Nine’s Delegation of Authority Policy should be reviewed and, if considered appropriate, amended, to clearly specify the appropriate dollar value thresholds that apply to the Director of News & Current Affairs and Executive Producers.

b. Nine should educate all relevant staff on the level of delegated authority which is held by different categories of staff members, and who is authorised to sign particular types of contracts.

c. Any payments to third parties (ie not the party to the contract) should be approved by the Executive Producer and the Director of News & Current Affairs, after consultation with the legal team. The producer must provide details of the 60 Minutes team’s planned activities, to allow others to make an informed decision on this issue.

a. Nine needs to consider further the steps required to ensure that all staff at 60 Minutes feel empowered to express their concerns (eg to safety or reputation) about participating in a story or about 60 Minutes producing a story.

b. Nine needs to encourage open communication across the whole 60 Minutes team about the stories which are being planned and risks which should be considered, so that there is a better culture of risk consciousness and risk management.