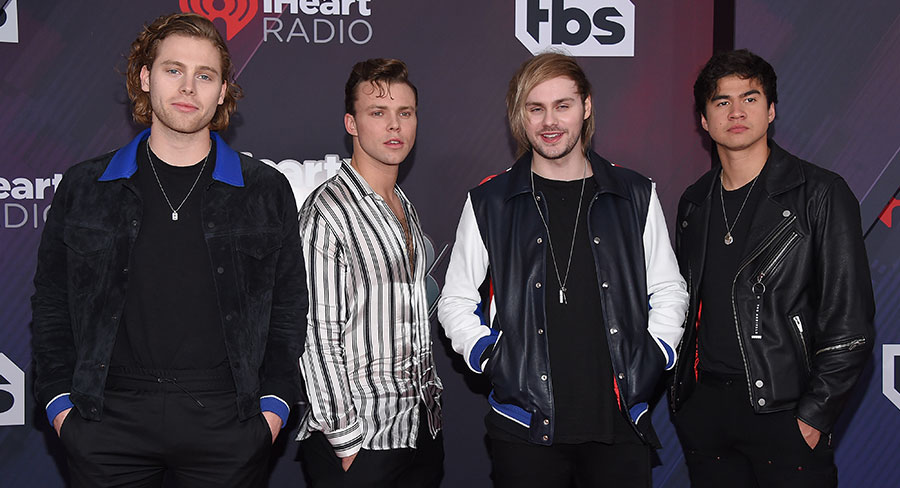 5SOS also becomes the first Aussie act with three No. 1 albums on the Billboard 200.

Youngblood (Capitol / EMI Music Australia), the new album from 5 Seconds of Summer, has taken top spot on the Billboard 200, with over 142,000 equivalent album units for the week ending June 21.

5SOS is now the only band (not vocal group) in chart history to see its first three full-length studio albums enter the Billboard 200 at No. 1.

Youngblood was released in the US on June 15 via One Mode/Capitol Records. Billboard noted Youngblood gives 5 Seconds of Summer its third straight US chart-topper, following the Australian band’s first two full-length studio sets: 2015’s Sounds Good Feels Good (which debuted with 192,000 units, with 179,000 in album sales) and its 2014 self-titled album (259,000 in album sales, before the chart transitioned to a consumption units-ranked list).

5 Seconds of Summer also becomes the first Australian act with three No. 1 albums on the Billboard 200.

The band celebrated the album’s release with a performance on the Plaza in NYC, which was broadcast on NBC’s Today show as part of the 2018 Citi Concert Series.

Reviews of the new album have been favourable:

Rolling Stone said, “5SOS could be on track to let this new sound carry them into a whole new era of their career.”

Billboard noted, “Youngblood is the perfect example of what can happen when you jump of out of box and see what’s happening outside – in this case, swaggering tight-grooved pop with EDM inflections.”

The Billboard 200 chart ranks the most popular albums of the week in the US based on multi-metric consumption, which includes traditional album sales, track equivalent albums (TEA) and streaming equivalent albums (SEA). The new June 30-dated chart (where 5 Seconds of Summer debuts at #1) will be posted in full on Billboard’s websites on Tuesday June 26.

Billboard explained Youngblood bows at #1 in the US after a full seven days of tracking activity. It was available across all streaming services, and for sale on CD, digital download, vinyl LP and cassette. The album was also assisted by sales generated by merchandise/album bundles sold via the group’s official site, as well as a concert ticket/album sale redemption offer with its 2018 US tour.

Youngblood was announced on April 9, and slated for a June 22 release. By June 1, that release date was pushed up to June 15. Youngblood was introduced by the single Want You Back, which was released on February 22. The tune reached No. 25 on the US Pop Songs airplay chart, and was followed by the album’s title track, which has so far climbed to No. 31 (on the most recently compiled chart, dated June 23).