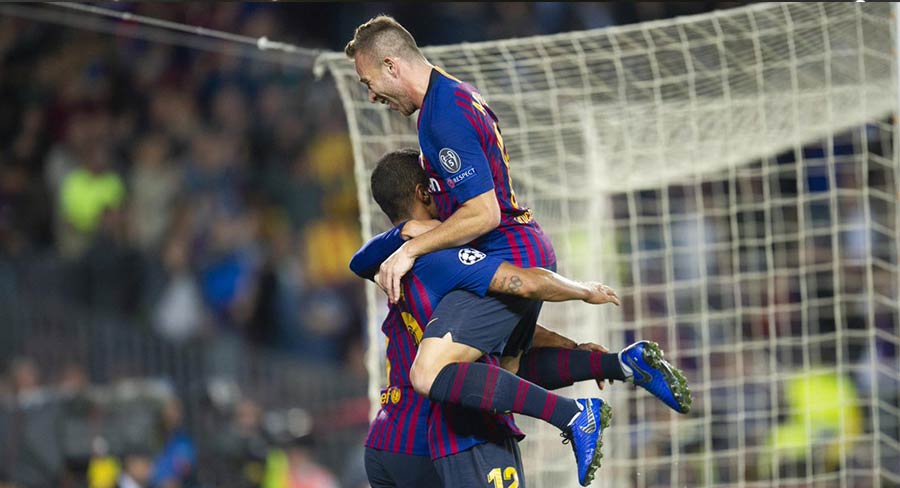 The game will broadcast live and in 4K ultra high definition at 2AM (AEDT) Monday October 29 on Foxtel’s dedicated 4K channel (444). The broadcast comes after Foxtel’s history-making broadcast of the Supercheap Auto Bathurst 1000 in 4K, and comes weeks before Foxtel brings Australians the first ever live 4K cricket broadcast.

The 4K broadcast of the Barcelona v Real Madrid game adds a third major sport series to Foxtel’s 4K lineup and comes as part of Foxtel’s longstanding relationship with beIN SPORTS, which is partnering with Foxtel to supply 4K footage of the LaLiga series.

The move will also see ongoing 4K coverage of two LaLiga games every round of the 2018/2019 season, continuing from November 4 for Foxtel Sports subscribers with the HD pack and an iQ4.

Patrick Delany, Foxtel CEO, said, “After blowing fans away with the twists and turns of the Bathurst 1000 earlier this month and getting the nation keyed up for the arrival of cricket in 4K on November 4, we’re thrilled to feature select games of one of Europe’s most popular football leagues, LaLiga, which will kick off live and in 4K with the El Clasico match between Barcelona and Real Madrid, starting October 29.

“Foxtel has revolutionised entertainment by filling Australian living rooms with the sights of 4K and it looks amazing. Now, we’re picking up the pace by adding more incredible 4K sport to bring it to life even faster for our customers.

“In November, the only place to watch cricket will be on Foxtel as we rev up for a spectacular summer of sport. There’s never been a better time to sign up and experience sport like never before.”

In addition to the two games that will air in 4K, fans will also be able to watch every game of the 2018/19 LaLiga season live and in HD on beIN SPORTS, which features the biggest names in international football with live coverage of LaLiga, Serie A, Bundesliga, Ligue 1 and more.