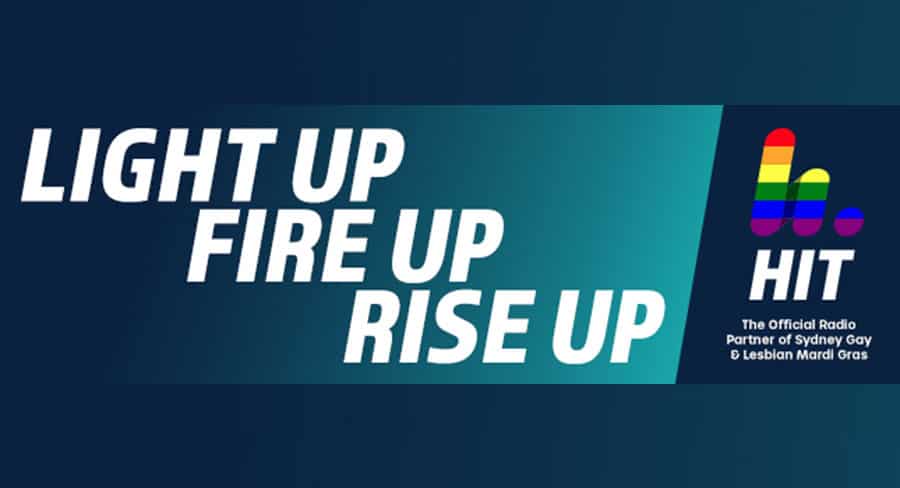 2DayFM has announced a partnership with the Sydney Gay & Lesbian Mardi Gras which will be extended across the whole Hit Network.

Head of the Hit Network, Gemma Fordham said “We are very excited about this returning relationship with Mardi Gras. Mardi Gras is Sydney on show to the world and we feel incredibly passionate at 2DayFM about putting what resources we can behind shining a light on important LGBTQIA+ issues and uniting all communities. Our on air and behind the scenes teams are synonymous with creating fun so I know we are going to have the best time bringing it all to life”

Mardi Gras CEO Albert Kruger said “With a rich history of supporting diverse organisations and delivering meaningful work, we are proud to announce our partnership with 2DayFM. Throughout the years, 2DayFM, together with the broader Hit Network, has played an active and visible role in supporting our community, amplifying messages of equality through action. It’s strong equality, diversity and inclusion policies mean that all employees are encouraged to bring their authentic selves to work. This national partnership will allow Sydney Gay and Lesbian Mardi Gras the opportunity to uplift the voices of our communities, even those in the most regional parts of the country.”

As part of the 12-month partnership there will be initiatives and executions across the Hit Network’s 50 stations and digital assets and the Hit Network’s national drive show, Carrie & Tommy, will join forces with listeners to create their own costumes and float and join them for the always fabulous parade with some help from 2Day’s The Morning Crew with Hughesy, Ed & Erin.

As members and allies of the LGBTQIA+ community Tom & Olly are passionate about bringing conversations of diversity to the airwaves.  Once a month, Tom & Olly will highlight a LGBTQIA+ artist, comedian or actor to celebrate their achievements.

2Day will provide ongoing support of the LGBTQIA+ community on key dates across the year such as International Day Against Homophobia, Transphobia and Biphobia, International Transgender Day of Visibility, National Coming Out Day and World AIDS Day.  The Hit Network will create the Hit Helpdesk – a dedicated hub with resources for old and young, who they can talk to and how they get in touch with them.

Once a month, the Hit Network Entertainment reporter (and Australia’s Mr Gay Pride 2019 finalist) Justin Hill will interview a community ally to highlight who they are and what they have done to support the LGBTQIA+ community for his The Ally Podcast.