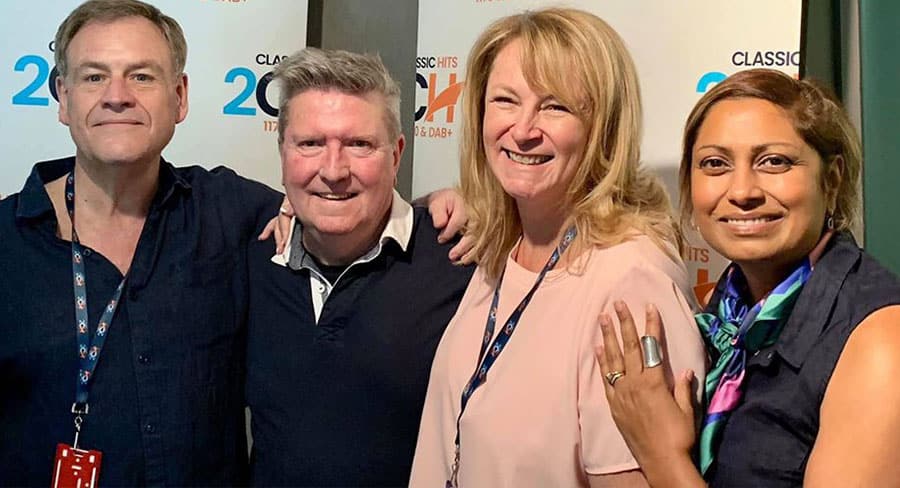 • The station revealed a rebrand to Classic Hits 2CH in October

Along with most commercial radio on air teams, 2CH breakfast with Trevor Sinclair and Indira Naidoo went on a summer break last week. The show, which also features Sydney radio veterans Dave Gibson and Kayley Harris, has disappeared quickly from the 2CH website with a blank space beside Breakfast on the list of 2CH programs.

The two-year-old 2CH breakfast show with Naidoo and Sinclair pre-dates Romaro’s arrival the station and this year she has been working with the team on its restructure.

Earlier this year Romaro explained some of the challenges the station faced at breakfast: “It has been a slow build and a lot of the older 2CH listeners found it really hard to accept the change.”

Some ratings growth earlier this year ended in the last two surveys with unsustainable breakfast shares of 2.4% and 2.1%, both well below the station average.

The station only revealed a rebrand to Classic Hits 2CH in October.

Sinclair is believed to be staying with the station in another on-air role.

There has been some speculation that departing 2GB weekend breakfast host George Moore could be heading for 2CH breakfast in 2020.

Romaro this morning confirmed that in 2020 the 2CH breakfast team will not be returning.

“Due to the current media economic climate a business restructure was required,” she told Mediaweek.

“Our breakfast team was a large team for an AM music format and we have made some changes. Trevor Sinclair will return in the new year in a different role as will Kayley Harris. Dave Gibson is going on stage with the wonderfully successful show Senior Moments, and Indira has many projects on the go. We will announce our new line-up in the new year.”