Adele Ferguson has won the inaugural Coca-Cola Kennedy Journalist of the Year at the 5th Annual NRMA Kennedy Awards for Excellence in Journalism.

The Fairfax/Four Corners investigative journalist won the award for her historic investigations of slave labor in the 7/11 chain of convenience stores, and the failure of the Commonwealth Bank to pay insurance to sick and dying policy holders. 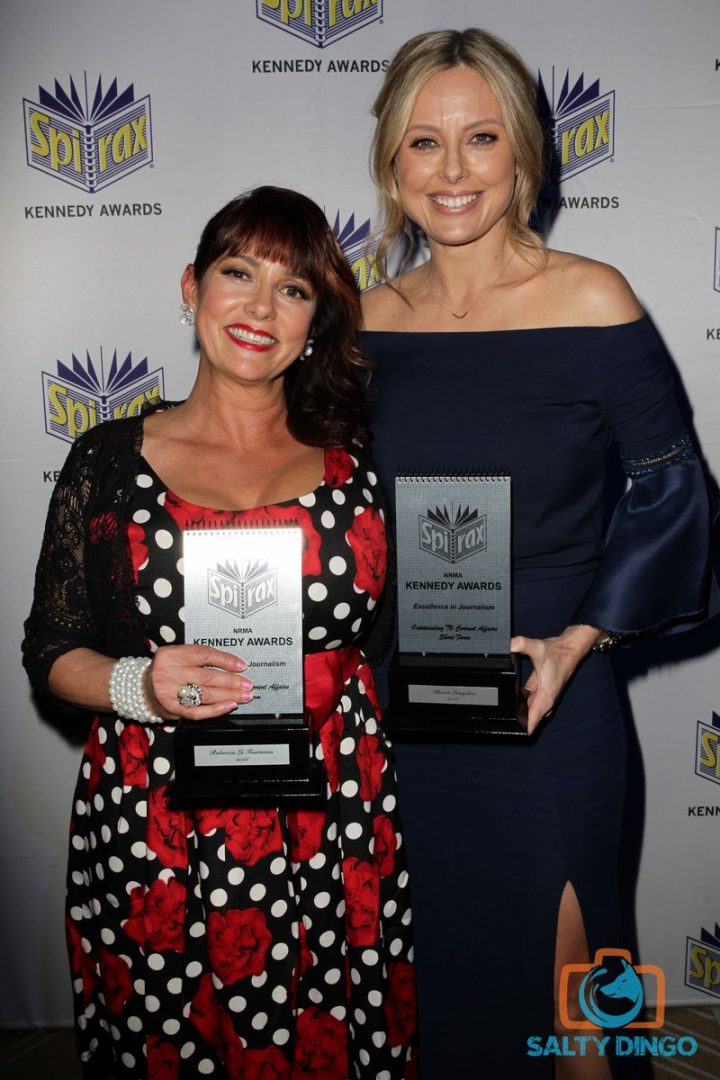 Allan was joined in the presentation by 2015 Kennedy Journalist of the Year Caro Meldrum-Hanna, and Liz McNamara, representing Coca-Cola Amatil.

Earlier, The Sydney Morning Herald education writer Eryk Bagshaw was named as the winner of the $5000 Powerade Young Journalist of the Year.

More than 600 guests attended the awards in the grand ballroom at Royal Randwick for the presentation of 34 Spirax trophies.