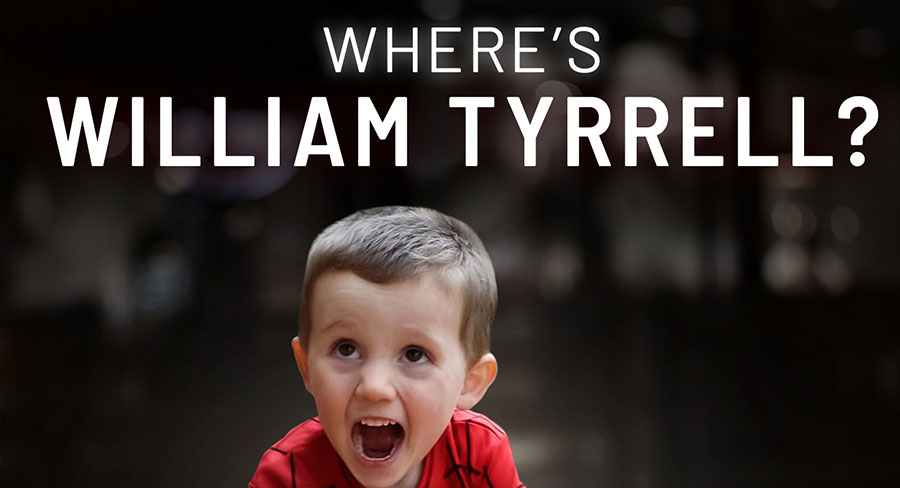 • It is produced in consultation with William’s foster parents

It is produced in consultation with William’s foster parents, who also feature exclusively in the podcast. It is the first time his foster parents have given an interview about the case in four years.

Harris said: “I was one of the first journalists on the scene in Kendall when William disappeared and I’ve been following the case closely ever since. I’ve become determined to uncover the truth, particularly as I have come to know his foster family so well.

“This podcast will include an unprecedented in-depth interview with his foster parents as they speak about the devastating day William went missing, what life has been like for them over the past four and a half years and what they hope for the future of the investigation. They, like me, hope this podcast will shed new light on the case and help bring them some much-needed closure.”

Network 10’s director of news content Ross Dagan said: “We have a fantastic team of journalists here at 10 and now, with 10 Speaks, we’re able to extend their talents into the audio space.

“Where’s William Tyrrell? reflects Lia’s brilliant inquiring mind, hard work and unwavering dedication to the story. It delves deep into the baffling disappearance of William with the support of his foster parents – that is incredible access. For anyone who has followed the case, this is a must-listen fresh perspective. We all hope it helps us get closer to uncovering what happened to William, particularly in the lead-up to the August inquest.”

The podcast, researched, produced and presented by Lia Harris, is available from today on Acast, Apple Podcasts and Spotify, with new episodes dropping each Monday.