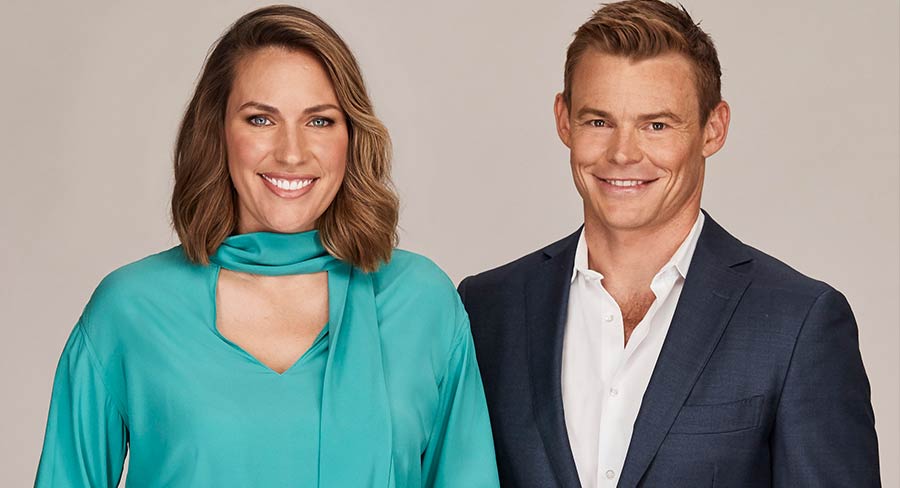 • The show is being relaunched with a new focus and a new format.

After first relaunching Sports Tonight as a weekly program in July last year, Network 10 has decided to have another crack with new hosts and a new timeslot.

In 2018 the program started on Sunday nights and later moved to Mondays. The host last year was Matt White who also doubles as 10’s head of sport.

However the program failed to engage with an audience as 10 hoped and the show is being relaunched with a new focus and a new format.

The hosts for the new program, launching on Wednesday March 20, are Roz Kelly and Scott Mackinnon who will deliver all the latest news, results, highlights and interviews from Australian and around the world. Also joining the program is 10 daily’s sport editor Anthony Sharwood bringing his sports knowledge and wit to the show as a regular panellist.

Kelly has been a former host of 10’s coverage of The Big Bash League, while Mackinnon is a longtime 10 sports reporter, host and producer who joined the broadcaster in 2005.

Sharwood was previously sports editor of HuffPostAustralia and news.com.au. He joined ten daily from first-person sports storytelling platform PlayersVoice where he was a senior editor. Sharwood has covered a Super Bowl and three Olympic Games.

10 is promising a program dedicated to breaking stories and discussing all the big issues in sport. While providing in-depth analysis and expert opinions, Sports Tonight will also bring the fun to sports news.

The refreshed format launches on the day before the AFL 2019 season starts. It also comes at Network 10 boasts a bigger sports roster with the 2019 Rugby World Cup, Supercars Championship, the MotoGP, The Rugby Championship, the Australian Formula One, Bledisloe Cup and the Melbourne Cup Carnival.

Former host Matt White remains 10 head of sport, in addition to hosting RPM weekly. He will also be on screen covering the Rugby World Cup and Melbourne Cup Carnival. He anchored 10’s weekend coverage of the Australian Grand Prix and will also remain involved with 10’s coverage of Supercars.

Sports Tonight will screen every Wednesday evening at 10.30pm on 10.