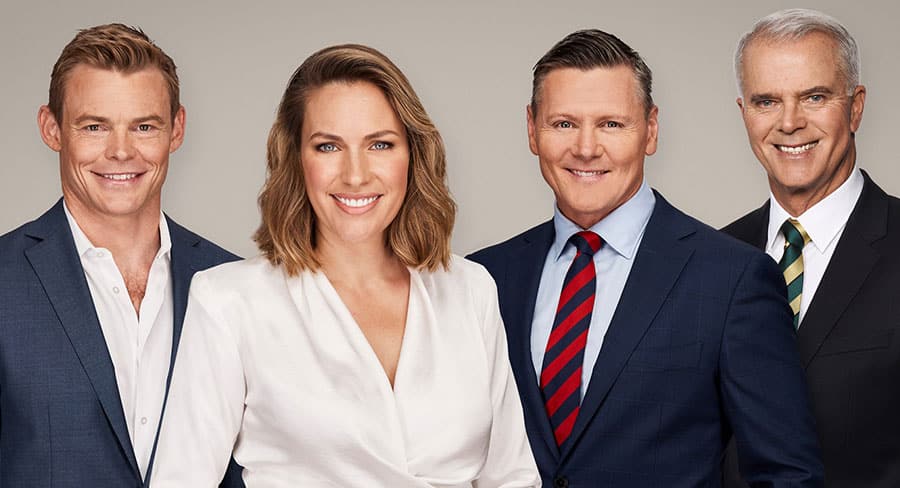 • The Rugby World Cup 2019 will be played in Japan from Friday 20 September until Saturday 2 November.

The Rugby World Cup 2019 will be played in Japan from Friday 20 September until Saturday 2 November. Network 10 will be broadcasting 10 of the best games from the tournament including every Wallabies game including the final – live and free on 10 and 10 Play.

Network 10’s head of sport Matt White said: “We are proud of our Rugby history at 10 Sport and can’t wait to add another chapter with our coverage of the Rugby World Cup in Japan.

“Gordon Bray is ‘The Voice of Rugby’ and brings experience and knowledge that is unmatched in the game. Matt Burke has been there and done that. Burkey will provide insights that only a World Cup-winning Wallaby can.

“Network 10 will be on the ground in Japan for the whole tournament, with host Scott Mackinnon and Sports Tonight’s Roz Kelly reporting all the news, colour and fun of the Cup across all of our platforms. We can’t wait! It’s time to get behind the Wallabies.”

Network 10 has provided a bio for the key member of the commentary team:

Gordon Bray is the undeniable Voice of Rugby. This year, Gordon will celebrate 50 stellar years in sports broadcasting. He is also on the march to 500 rugby test match commentaries since his first Wallabies call in 1976 against the French on ABC Radio in Bordeaux.

He has not only covered every Rugby World Cup since the first tournament in 1987, but has been behind the microphone for all the great moments in Australian Rugby over the past 40 years.

Matt established himself as one of Australian rugby’s most accomplished backs during an 11 season international career with the Wallabies. He represented Australia at three World Cups: 1995, the winning 1999 campaign and in 2003 at fullback, wing and outside centre.

His 81 Test appearances for the Wallabies – the last against South Africa in August 2004 – netted him 878 points from 29 tries, 174 penalty goals, 104 conversions and one field goal.

Scott MacKinnon is a sports presenter at Network 10 and co-host of Sports Tonight. He hosts 10’s rugby and Supercars coverage.

Career Highlights include hosting the British and Irish Lions series, Bledisloe Cup and Rugby Championships; sideline reporting for the Wallabies test matches and working at both the Sochi Winter Olympics and Glasgow Commonwealth Games in 2014.

Roz Kelly presents the national 10 News First weekend sports bulletin. She is also co-host of much loved sports news show, Sports Tonight, and is a prominent member of the 10 Sports team.

A multi-award-nominated reporter and presenter, Roz Kelly has covered many of the world’s biggest sporting events.

She began her media career in local news and went on to hold positions as a reporter and presenter at Sky News Australia, Fox Sports and Nine Network.

During her four years with Nine, Roz worked on the London Olympics, the Tour de France, the Rugby World Cup, The Ashes and the ASP World Tour.

Roz was twice nominated as a finalist in the prestigious Australian Sports Commission Media Awards’ Best Coverage of a Sport category and was also named Women’s Health magazine’s Woman of Sporting Words in 2013.