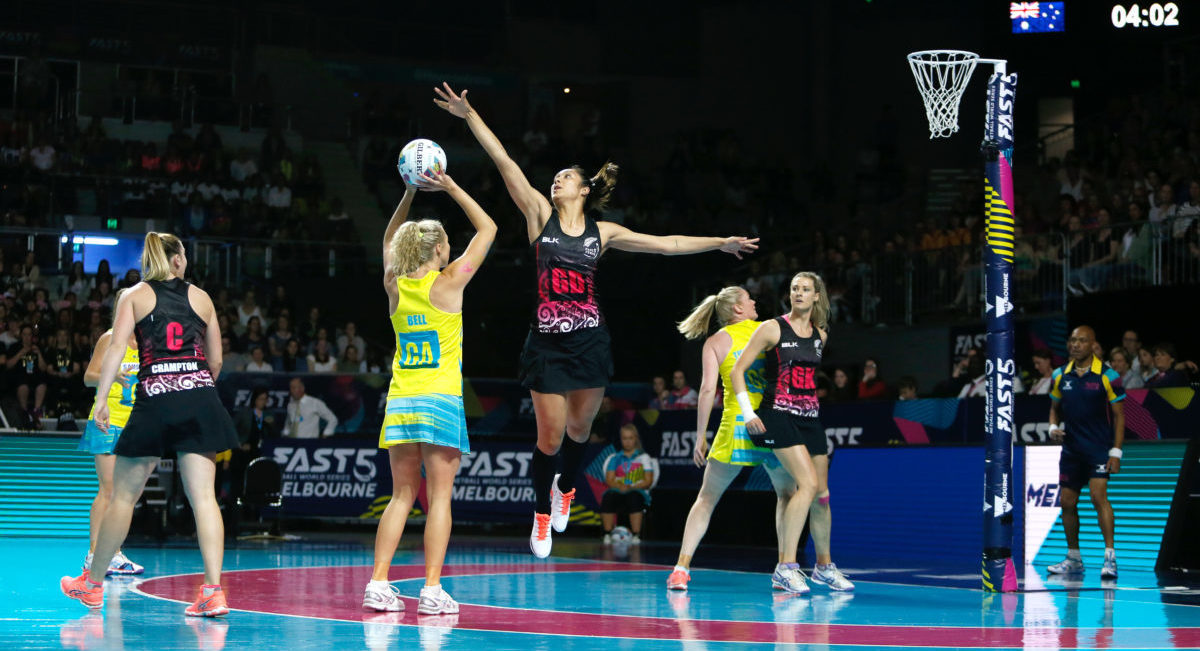 Nine’s five-year deal with Netball Australia, signed off in 2016, to broadcast the game in primetime, established women’s sport as a sleeping giant.

Last year was a good year for women in sport owing to the success of Australian women’s teams and athletes at Rio 2016. The Australian Women’s Rugby team winning gold and shooter Catherine Skinner coming out on top after a nail-biter showdown against New Zealand’s Natalie Rooney created waves in the local media coverage of the global sporting event.

When Nine announced its tie-up with Netball Australia and Telstra in May 2016, it described it as the “most significant broadcasting rights agreement in the history of Australian women’s sport”. The deal resulted in the birth of a new role for Keeley Devery at the network as head of netball.

“The past two years have been a landmark for women’s sports. We are hearing so much more about them, their endeavours and their successes,” Devery told Mediaweek during our visit to Nine’s offices in Willoughby. “What’s amazed me is how much it’s been embraced across the board at Nine. So this is not just by the people who are involved in the production and promotion of it, but the whole company.

“That is a reflection of how the public feels. They are genuinely excited about the sport and where it is headed.”

This excitement comes from the emotional connect that Australians have with netball.

“Netball has a long history in this country,” Devery said. “You are hard pressed to find many women that have never played the game. The perception has always been that it’s a young girls’ sport. You play it at school, and then after that you forget about it.

“For a lot of people it’s a real awakening to find the sport hasn’t gone away. It’s always been there. Now we are the best in the world.”

Netball brings women’s sports into the spotlight better than any other women’s sporting event because it doesn’t have a male counterpart… “Yet,” Devery said, laughing.

“As far as a national league for women goes, netball is #1,” she said. “If you are looking at women’s AFL, cricket, basketball or soccer, they are all fantastic – but if you are looking at what sport is the best of the best, then it’s netball. You don’t have any male counterpart to get people saying, ‘Oh, I will watch the women’s version, but the boys play it better so I’ll watch that instead.’”

Nine’s five-year deal with Netball Australia and Telstra will begin this year. The setup will see the free-to-air broadcaster showcase two live games and two delayed games in the new national netball league each week, all international matches, all Fast5 domestic and international championship games, The Constellation Cup, and The Quad Series.

The two delayed games that will screen on 9Gem will be broadcast live on Telstra TV.

Nine’s coverage of netball will also be streamed on its digital platform 9Now.

The network’s coverage of the Fast5 Netball World Series held in October-November 2016 was used as a testing ground for new equipment and techniques.

“We tested a whole lot of new cameras,” Devery stated. “We’ve introduced a camera called rev cam that basically runs the whole length of the court. It’s never been used in netball before.

“Netball is a very hard sport to capture in terms of the speed of the players. There’s been a tradition to sit on the high and wide camera to see where everyone is going. We want to make sure that we get people in so they experience the speed and the movement of the players.” The games will be aired in the primetime slot on 9Gem. Asked if she has ambitions for them to be shown on Nine’s primary channel, Devery said, “We will be pushing to get it on the main channel. That’s the thing – it’s all about how much we push the sport and how much the viewers support the sport.”

The deal between Nine and Netball Australia is not limited to the broadcast rights of the game. The broadcaster and the sporting body will also be working together to commercialise all assets of the game.

“We have a sales guy embedded in with the Netball Australia team, working with their subs guy. We are sharing the sales of all of our integrations and commercial content.

“It’s a true partnership on all forms of the game. Ultimately, we both want the same thing. If it’s not a success for us and it’s not success for them, then no one wins.”

Women’s content was the big buzzword at multiple publishers’ upfronts in 2016. Mamamia launched a new vertical dedicated to covering women’s sporting events and players. Helen McCabe, Nine’s head of lifestyle, also told Mediaweek she will be looking to have more content on women’s sports this year. News Corp will be launching WHIMN, its women’s online destination, this year, headed by former Women’s Health editor Felicity Harley. With so much interest in women’s sports, it seems like a good time for Nine to be on the court.

Devery revealed that Nine will be looking to garner wider media coverage of the players.

She said: “We want to get behind the scenes of what these girls are like off the field. There are so many great personalities, because they do so many things away from the game. They are not just netballers – a lot of them are accountants or study medicine or work with adolescents. They are actually real people.”