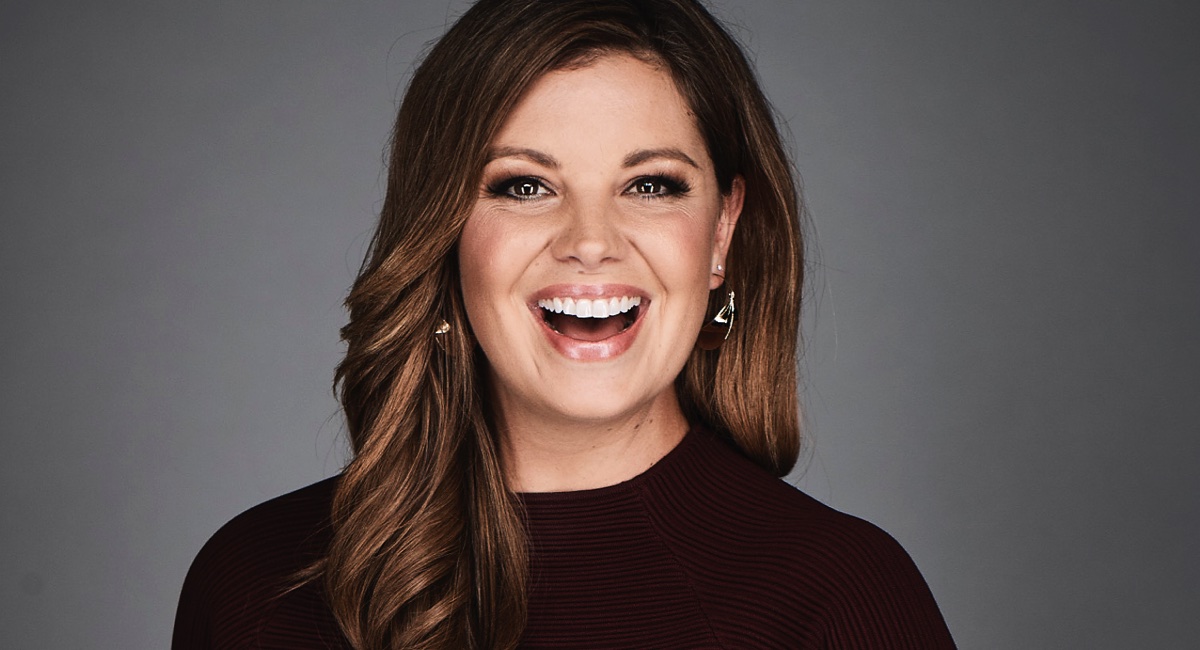 The last two years have been eventful for Fox Sports presenter Yvonne Sampson. This is on both the professional and personal front.

After two years with Nine’s Wide World of Sports, Sampson replaced longtime presenter Peter Sterling on the channel’s Sunday Footy Show in 2016. This added to her duties as a sideline commentator for Thursday and Saturday night footy, as well as hosting the coverage on Friday nights. She also went on to become the first woman to anchor Nine’s coverage of the State of Origin.

“I didn’t want to let the womanhood down, that’s for sure,” Sampson told Mediaweek during our recent visit to Fox Sports for a podcast. “The stories around that time were about being the first woman to do that. It’s funny because I’d never really considered my gender to be a part of my story. But for Rugby League and Channel 9 at that time, it was a show of how progressive and inclusive the game and the network had become.”

To top off what had already been a stellar year for Sampson, she received a phone call from Fox Sports’ head of sports, Steve Crawley, to join the broadcaster. Sampson’s contract with Nine terminated at the end of 2016.

“It wasn’t a phone call I was expecting. In my entire career, I hadn’t ever really had someone come forward and tell me, ‘Come, work for us.’ It’s usually me approaching them,” Sampson noted. “That invitation was too great to miss at that point in my career. To be a part of the founding crew at Fox Sports for Fox League…It was the offer of a lifetime.

“There are a lot more girls involved in footy at Fox League, which has definitely been one of the highlights.”

Crawley had previously been at Nine as head of sports and was the man who gave Sampson her place at Wide World of Sports. “He was a little bit hesitant. He said, ‘If we bring you on, it’s live TV so you can’t cry.’ And I was like, ‘My goodness, why would I cry? What are you going to do to me?’” Sampson recalled. [Laughs]

The transition from Nine to Fox Sports wasn’t as smooth sailing as she would have hoped. A legal battle ensued over the presenter when Nine took Fox Sports to court over a six-month non-competing clause in Sampson’s contract.

“It was a good lesson for me. I am quite a simple person really and I thought if your contract expires then you respectfully say, ‘Thank you so much for everything, but I am going to go work there now.’ Obviously, I didn’t read the fine print that had a non-compete clause. That was a little bit disappointing and stressful at the time, to be honest,” Sampson stated. “But I had some great support at Fox League. They said, ‘Don’t worry about it. We are right behind you the whole way.’ Luckily, nothing came of it. But I still got a steep learning curve in reading contracts very thoroughly.”

After signing Sampson to the network, Fox Sports quickly pushed Sampson as the face of its dedicated NRL channel Fox League alongside Matthew Johns at the beginning of 2017. Sampson said: “It’s funny sometimes I am standing up there with these gigantic experts in the game and I think, ‘Who let me in? Why am I standing here?’”