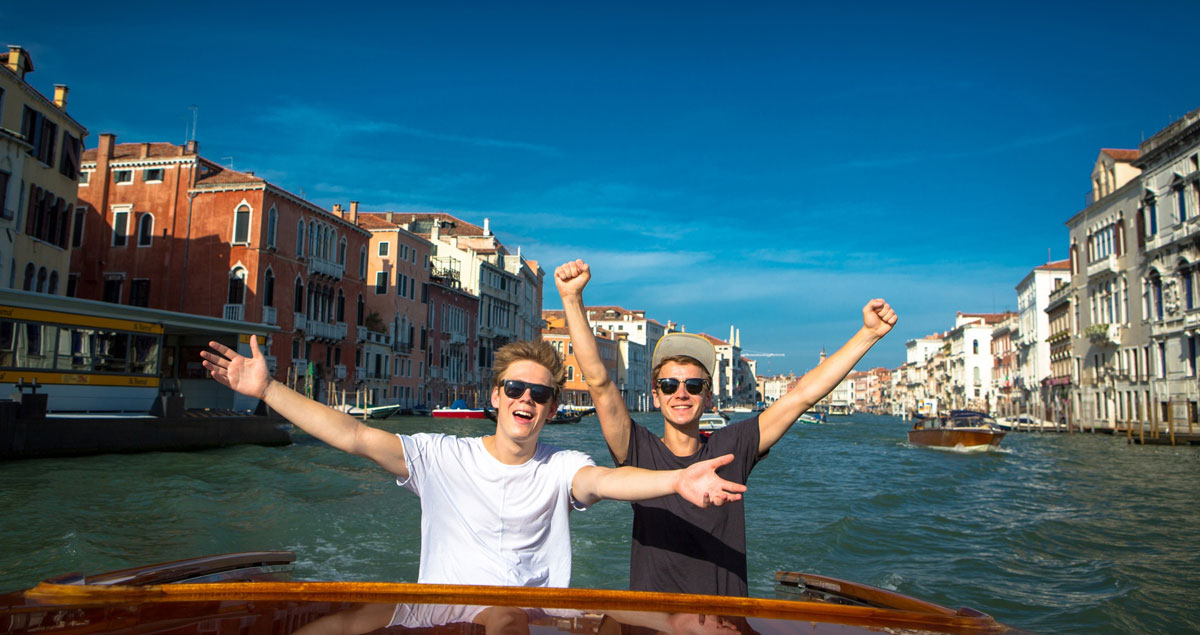 •  Three Australian fan events sell out, the first in 20 minutes!
•  Joe And Caspar Hit The Road pre-sales push it higher in iTunes chart!

Since tickets went on sale for Joe And Caspar Hit The Road at 12 noon Thursday (October 15), tickets have sold out. The first two fan Q&As at Melbourne’s Comedy Theatre and Sydney’s Big Top, Luna Park sold out within the first 20 minutes and with so much interest from Australian fans, a third fan Q&A event was released on Ticketmaster at 12.35pm Thursday. This additional Melbourne event has sold out.

Joe Sugg: “Amazing News! I can’t wait to fly over and meet them all!”

Caspar Lee: “Wow, I’m blown away by the Australian support! Thanks so much for everything you’ve done for us!”

Following the announcement on Tuesday that world famous YouTubers Joe Sugg and Caspar Lee will be visiting Australia this November, sales for the exclusive feature-length film for BBC Worldwide, Joe & Caspar Hit The Road, propelled digital pre-order sales back into the top 15 on iTunes.

This fantastic start to the campaign was catapulted into the stratosphere by a huge Jaspar announcement video. The boys posted the video on their YouTube channel the morning of October 13 for Aussies and it has racked up more than 410,000 views in just 48 hours.

Following the video announcement, Joe and Caspar and #hittheroadtrailer both made it into the top 10 Twitter trends in Australia and Live Nation has been inundated with interest from parents and fans with more than 50,000 visits to the Joe & Caspar live events landing page since Tuesday, October 13.

Chantal Bindley, live entertainment manager at BBC Worldwide ANZ, says: “I’m delighted with this amazing start to the campaign for Joe and Caspar in Australia. It’s an overwhelming response from Australian fans and we’re looking forward to their visit to promote the feature-length film Joe & Caspar Hit The Road.”

The visit to Australia comes ahead of their film, Joe & Caspar Hit The Road which is available now for pre-sale and will be released exclusively on digital download from November 23 and DVD from December 2.

The feature-length special will see Joe Sugg and Caspar Lee hit the road on an epic European adventure. Unlike Joe, who used to be a roof thatcher, his flatmate Caspar has never had a proper job or a gap year and he wants to make up for it. Joe challenges Caspar to survive a road trip around Europe, using only the money they can earn each day. The challenge is set: jump into a VW camper van and hit the road.

While Joe and Caspar are on the road, the pair will be offering themselves up for employment in a series of unusual tasks they have absolutely no experience in, such as learning to be gondoliers in Venice, working as deckhands on a super yacht, and performing on Barcelona’s famous Las Ramblas.

Joe & Caspar Hit The Road is executive produced by Paul Hembury (Top Gear: The Perfect Road Trip I and II) for BBC Worldwide alongside Dominic Smales and Claire McArdle for Gleam Futures, and the director is Brian Klein (Top Gear) for BBC Worldwide. Joe Sugg and Caspar Lee are producers for Raucous Productions.

Pre-sales for Joe & Caspar Hit The Road in Australia went to number one on iTunes when it was announced globally. In the UK it became the biggest first day pre-order on Amazon.co.uk of the year with digital download pre-orders also sending it straight to number one.

From the West Country, Joe spent most of his adult life thatching roofs until his very recent move to London to pursue a career as a full time YouTuber. His dedication to making great, creative content shines through and explains his quickly growing YouTube audience. Joe has worked with brands such as Skype, Coca-Cola and O2 and has a real passion for presenting – he has presented live for Got to Dance and most recently did voiceover for the new SpongeBob film. Joe’s debut graphic novel will be released in September 2015.

Caspar is a 21-year-old social media sensation. He entertains millions with his original brand of comedy and life observation in hilarious self-produced videos. As well as writing his own scripts, Caspar has a passion for acting. He travels between South Africa, LA and London and has an OBSESSION with pizza.