The last time Mediaweek spoke to Kim Doherty (née Wilson) she was the editor of weekly entertainment magazine New Idea. A lot has changed in the last two years: she left New Idea, went on maternity leave, returned as editor of NewsLifeMedia’s Kidspot.com.au, quit as the editor of the digital brand and joined Bauer Media as editor-in-chief of The Australian Women’s Weekly.

After being in her chair for a few months at Bauer Media, Doherty came into the Mediaweek HQ to give her first interview as the editor-in-chief of Australia’s biggest selling monthly title.

You resigned at News Corp after just six months. Did that cause an awkward conversation with NewsLifeMedia CEO Nicole Sheffield?

They were very understanding, I have to say. [Laughs] She did say, “I understand, Kim. It’s The Weekly.” That was really it.

It was lovely to have the conversation with someone who really gets it and someone who also has had magazines close to her heart.

She was a very strong editor. She had a very strong vision. Everyone knew where Helen’s head was at, where she was going with the brand and she really took it on its own path. She led the way from the front, which is an absolute credit to her.

It was interesting to get in there because there had been a couple of months since Helen had left at that point. I really wanted to get in there and get to know the team, understand where the brand was at and where it needed to go. It’s all very well to look from the outside, but it’s a matter of getting your legs under the desk and thinking, “Okay, where do we need to go? Where do we need to direct the brand in order to make sure it continues to be reinvented and relevant to Australian women.”

Where do you see the biggest growth opportunity for AWW?

That’s a very good question and it’s one of those that as an editor you are always reaching for the answer to. There are certainly opportunities from a print perspective for us to be pushing out into the regional and national areas and making sure that we are not too Melbourne and Sydney centric. That’s something I am very passionate about – not being a Sydneysider myself.

There are so few media brands in the country that are focused on women. That’s one of the things magazines do incredibly well – reach those emotional touch points. Our newspapers and a lot of our digital properties are very male skewed. They are managed from a male perspective. They communicate from a male perspective. Magazines, particularly The Weekly, can really touch and reach out to the mass Australian women heartland. That’s where we need to be. The challenge is doing that in the number of pages that we have. But that’s where digital lets us expand that opportunity for content.

AWW is a monthly magazine that has “weekly” in the name. Would you consider rebranding?

We all know why it’s not called Australian Women’s Monthly – that would be a little awkward. It is The Weekly. The fact that any good Australian has a nickname [is good] and The Weekly does too.

That’s beyond my remit to go around changing it, to be honest. There might’ve been some previous editors who have rolled into their grave, apart from anything else. Is it more challenging to come up with audience-grabbing headlines on a magazine like The Weekly? On New Idea you are almost given a licence to have a bit of fun, be controversial and push the boundaries of what really happened. You can’t do that on The Weekly, can you?

You really can’t. I am very conscious of being a custodian of such a loved brand. I certainly honour the responsibility very strongly. We do debate our headlines, the cover lines and discuss, “How do you make it interesting? How do you move it on?”

Let’s not forget that The Weekly is sometimes seen as conservative, yet in its history it has been quite edgy at times. We shouldn’t be scared to push out there to edgy subjects. But it’s the treatment of the edgy subjects that needs to stay in the respectful guidelines that The Weekly has built and maintained. For example, in the last issue we did a six-page story on transgender. I was waiting for the hit back, I have to say. I thought it was a pretty edgy subject. I questioned if our more conservative heartland readers will be okay with that. But once again, they did us all proud. Sometimes in the media, and certainly with our politicians, we underestimate the tolerance, the kindness, and the compassion of Australian women. Every letter we got was positive.

It shows that the readers are willing to consider stories that are outside their personal experience, or perhaps that they have had those personal experiences and are glad to see those sorts of stories out there. We need to continue to push the envelope from a content perspective, but still be true to the quality and delivery of the story.

Is it nice to get a break from the celebrity treadmill you would’ve been running at NI?

It is, it is. I could fill the 300 pages every single day with amazing stories we have out there. Knocking them back is sometimes incredibly difficult. There are some fabulous opportunities to speak to people. It’s more about what we don’t publish than what we do publish because there are great stories coming to us every day. I wish I could publish them all.

Yes, we are doing 13 issues this year.

When they employed me, they said, “You’ll be doing 13 issues this year.” I was like, “Who added an extra month to the year?” I know there is a lot of power flying around the towers at Bauer, but I didn’t know that they had the power to add an extra month. But, somehow, we have managed to do it.

We will be putting out a Christmas issue, which will go on sale after this one. This is the December issue, but our full bells and whistles and tinsels and bobbles extravaganza is still to come. 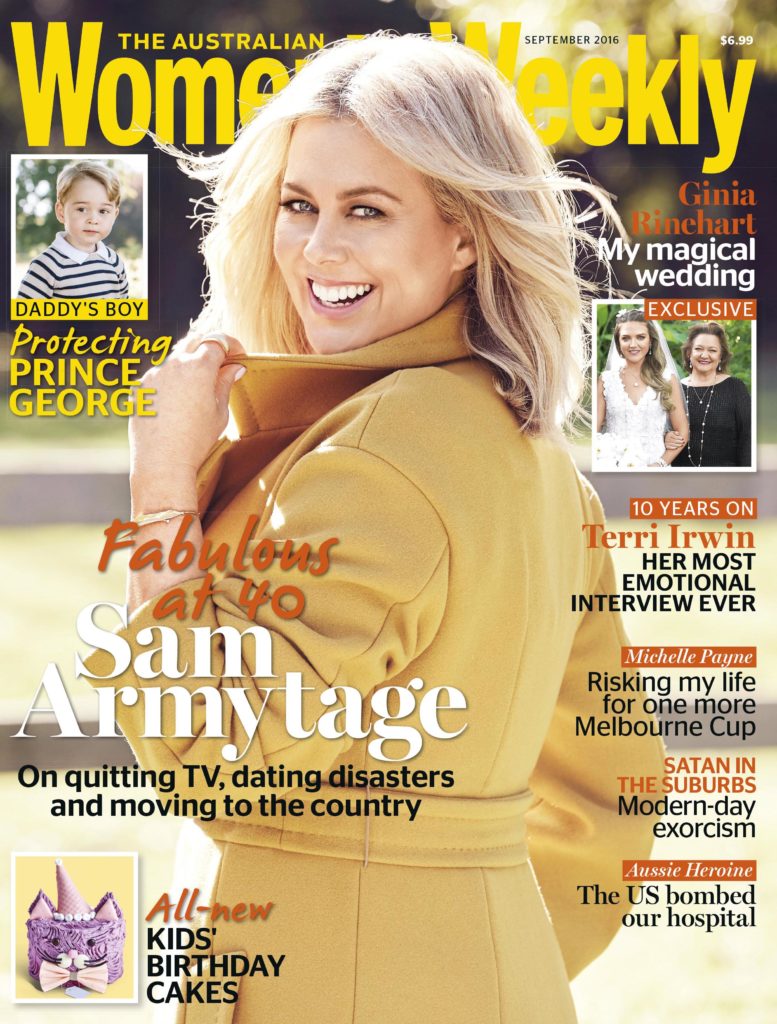 You have worked with Nick Chan before at Pacific Magazines. How has it been working with him again at Bauer Media?

I have such a lot of faith in Nick and his judgment. I love his management style. He said to me the other day, “I’m not very good at fibbing, Kim.” I was like, “That’s so true.” Nick will tell it how it is. That has been a little bit of a surprise to some people who have been at Bauer/ACP for a while.

He has so much experience in the Australian market, you just can’t pull the wool over his eyes. [Laughs] Believe me, as an editor we all have that skill sometimes where we go, “I might not just mention that.” Nick is straight to it, such as, “Why have you credited that person on your fashion pages X number of times, Kim?” Then I think, “How did you spot that? You are running a huge company, yet you are watching the credits on my fashion pages.”

Who is the average reader of AWW?

Trying to cater for everyone is the biggest challenge of the job.

I have magazines, I have digital – I am reading right across the board.

I will confess to a personal bias for The Guardian because my other half is a journalist there. I do love to read the work that they do.