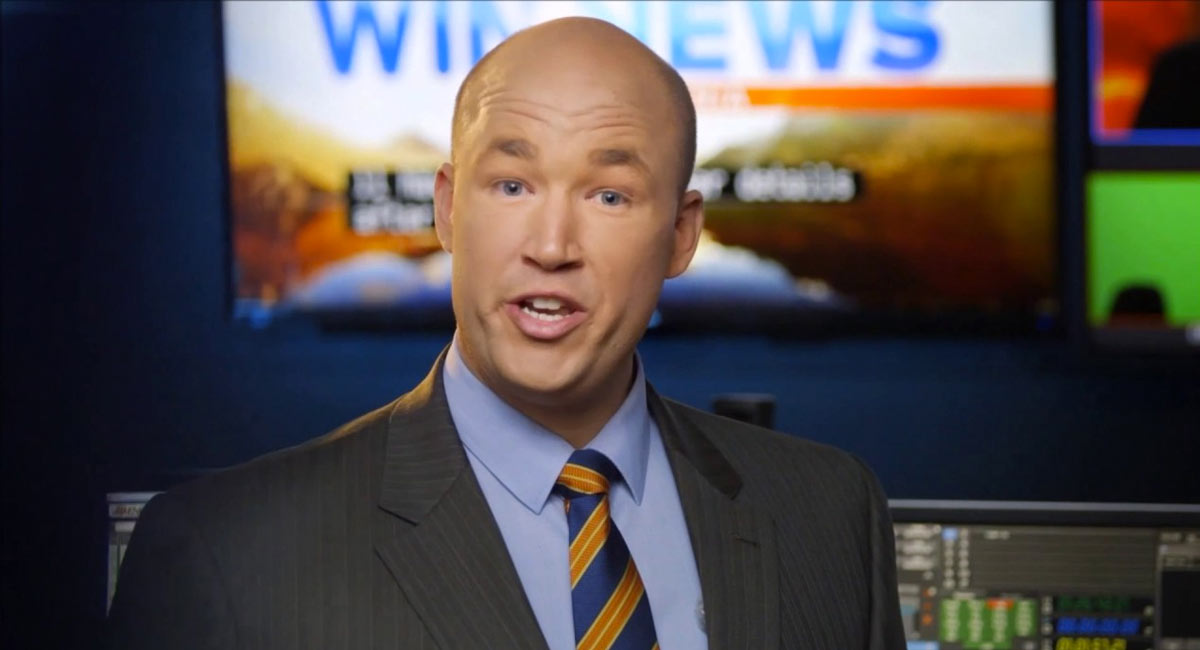 Costelloe with this award

To file his story, the WIN Network sent Costelloe and cameraman Joel Isbister to Adelaide on February 4 to cover the Hobart Hurricanes’ BBL Grand Final match against the Adelaide Strikers where Hobart was unfortunately defeated by 25 runs.

“I provided updates during our live coverage of the match, and produced constant social media reports throughout the weekend,” Costelloe said. “While the team didn’t get the result it was after, my post-match report captured the excitement and colour of the Final, including an interview with Simon Milenko’s father, and a number of others who made the long trek to South Australia to support the Hurricanes. I’m both humbled and very proud to have received this award, and wish to thank Joel for his work on this, too.”

“The WIN Network is extremely proud of Brent and this wonderful recognition from Cricket Tasmania,” said WIN Network news director Stella Lauri. “The quality of Brent’s reporting is a fantastic reflection of WIN News’s constant commitment to local news, sport and weather.”