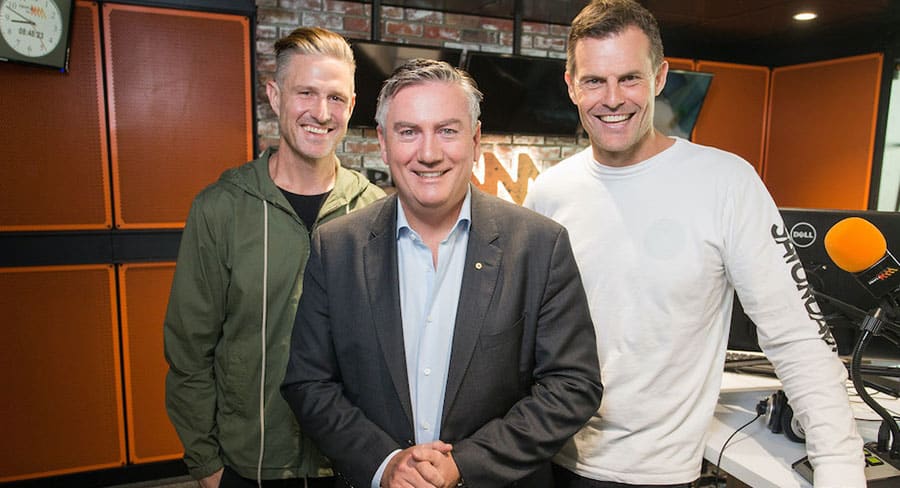 “Being asked to join this show was one of the thrills of my life.”

There was speculation this week that Wil Anderson may not be returning to Triple M Melbourne’s Hot Breakfast after revealing he hadn’t signed a new contract.

Anderson took part in the final show of the year this morning without giving any hint about his radio future…until just after 9am.

It was then he took the microphone to confirm his departure.

“Being asked to join this show was one of the thrills of my life. I was such a big fan before that. Today is my last day on The Hot Breakfast. It was an amazing challenge when I arrived to fill the shoes of Mick Molloy who is a great hero of mine and one of the great radio and comedy talents in the country.

“The management here has been incredible to me as has been the off-air support from the digital team, the musical team and the sales team – everyone in this office – has always been 100% behind me and the things that I wanted to do here.

“I want to in particular give a massive shout out to our off-air production team – LJ Gorse, Tom Martin and Michael James who took over from Jay Mueller and did such a good job. And special mention to Dave Collins who collaborates on my best comedy bits. Every morning when I come in with ideas they are the ones who run with them.”

After running through the Hot Breakfast team, Anderson made special mention of publicist Kelly Black who Anderson noted is also a good friend. (Black previously worked with Anderson at his management company Token Artists.)

Of Luke Darcy, Anderson said: “What a great pleasure it is to be friends with somebody and then get the opportunity to work with them. To see the way you live your life is a real inspiration to me. You are a genuinely good human being.”

Saving Eddie McGuire for last: “Thanks for the incredible opportunity. A lot of people don’t know how generous you are. You are also incredibly generous in letting me make fun of you.”

As to why he is leaving, Anderson said: “This is a job you have to do at 110%. That means in the last year I haven’t been able to tour my comedy show which is my main job and important to me. I will be doing another year of Gruen and I want to develop my podcasts some more.”