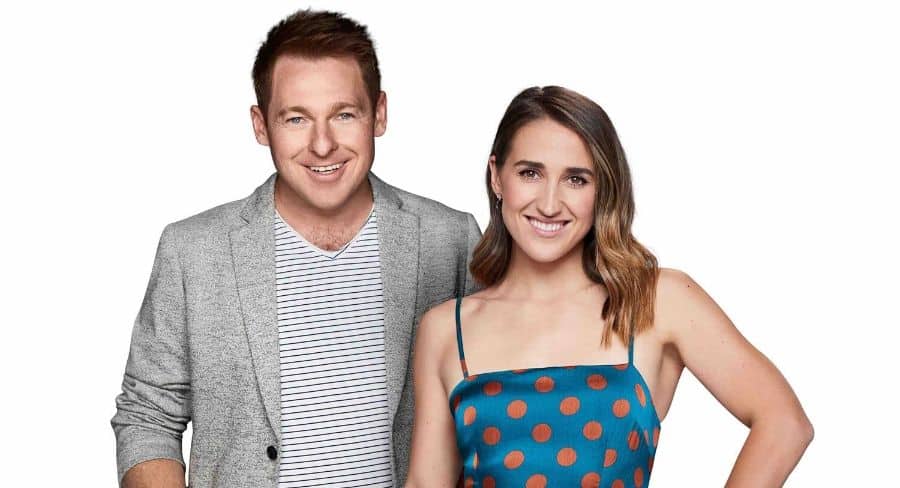 Jase & PJ in the Morning launched in Melbourne in 2018 as part of ARN’s strategic direction for KIIS 101.1.

Despite disappointing recent ratings, ARN is forecasting “growth and strength for the station” and the wider KIIS network. ARN has launched a new marketing campaign for Jase & PJ with the positioning ‘They’re always up to something’ aimed at capturing the energy of the show.

The announcement comes off the back of the recent re-signing of four of ARN’s top-rating breakfast shows – Sydney’s KIIS 1065’s The Kyle & Jackie O Show and WSFM’s Jonesy & Amanda in the Morning, Melbourne’s Gold 104.3’s The Christian O’Connell Breakfast Show and Brisbane’s 97.3FM’s Robin, Terry & Bob, continuing the investment in its suite of talent.

Jase and PJ aren’t yet in the same league as the above mentioned ARN stars along the east coast. However Hawkins could well be if he didn’t depart Australian radio for a few years in New Zealand.

With a little bit more support from previous employers, Hawkins could be one of the highest-rating broadcasters in Australia.

Hawkins made his name in radio as part of the extended Kyle and Jackie O team during their heyday at 2Day FM. Some of the radio pranks he and Geoff Field were put through are one of the reasons K&J built a huge audience.

Hawkins later left the show and got a drive slot on 2Day FM and eventually had to hand over his top-rating shift to Hamish and Andy when SCA decided to network Hamish and Andy around Australia in drive. (Not a stupid decision, to be sure!) He later moved to breakfast radio in Brisbane on the successful Labby, Stav & Abby show at B105. 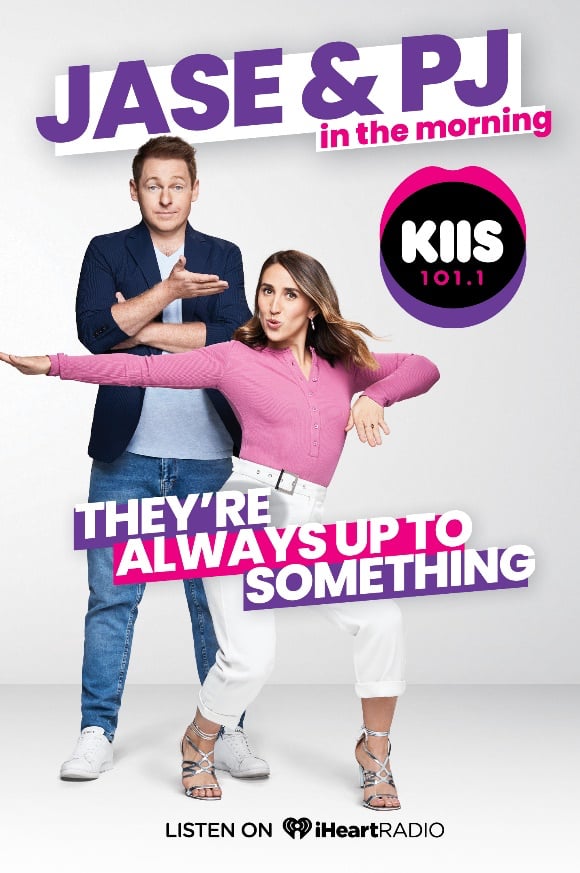 After some strong growth earlier last year, ARN are hopeful they can get momentum back to the underperforming FM frequency. There was really no choice for ARN other than to re-sign the talented KIIS Melbourne duo. Plan B for the KIIS network in Melbourne is to make plan A work. And with Jase and PJ they should be able to.

Listeners to the station get some real insights into the lives of the breakfast hosts to the extent you can almost feel like an intruder at times.

The Monday Jase & PJ podcast extra that went out this week had an insight into their Friday team lunch which just so happened to coincide with their re-signing.

A few minutes into the podcast you start to wonder, ‘Did this really go to air?’ No it didn’t, but maybe it should have!

Of the Melbourne re-signing, ARN CEO Ciaran Davis said: “ARN has secured our top talent right across the network until 2022 and beyond. Live and local content delivered by trusted on-air talent is more important now than ever and we’re delighted that Jase & PJ will continue in Melbourne as part of ARN’s strong offering in that market. Jase & PJ create excellent, engaging content and they consistently execute innovative client campaigns that resonate with audiences across on-air, digital, and on-demand.”

ARN’s national content director Duncan Campbell added: “Jase & PJ  have a genuine friendship and on-air chemistry that makes for great radio. They have consistently delivered exceptional content and their loyal audiences love them and I’m excited to see them continue to build momentum in breakfast this year and beyond. They’re a critical part of ARN’s plans for the future and are great examples of the strength of our talent across the network.”

On continuing with KIIS 101.1, Jason ‘Jase’ Hawkins said: “I’m so stoked to have the opportunity to continue this crazy adventure with a best mate and with everyone who listens to the show through 2020 and beyond. Every morning is mayhem and you never know what PJ is going to say next, but I wouldn’t have it any other way.”

Polly ‘PJ’ Harding added: “Our listeners are awesome and I’m so excited Jase and I can keep doing the show we love in Melbourne. We’ve got heaps of fun stuff planned and can’t wait to share what’s coming next!”