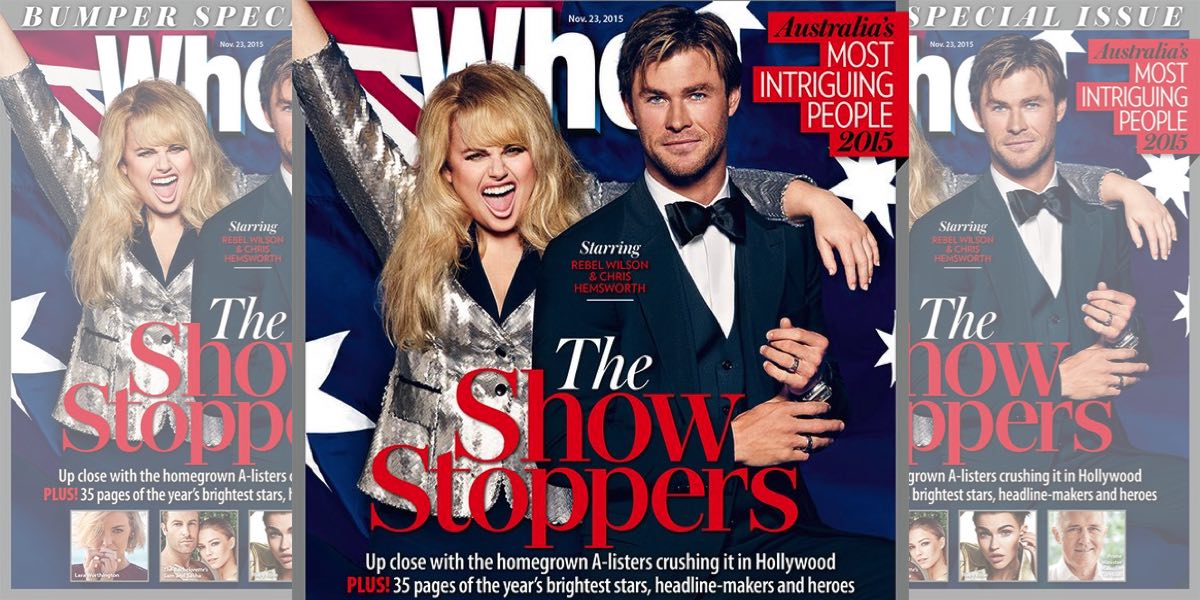 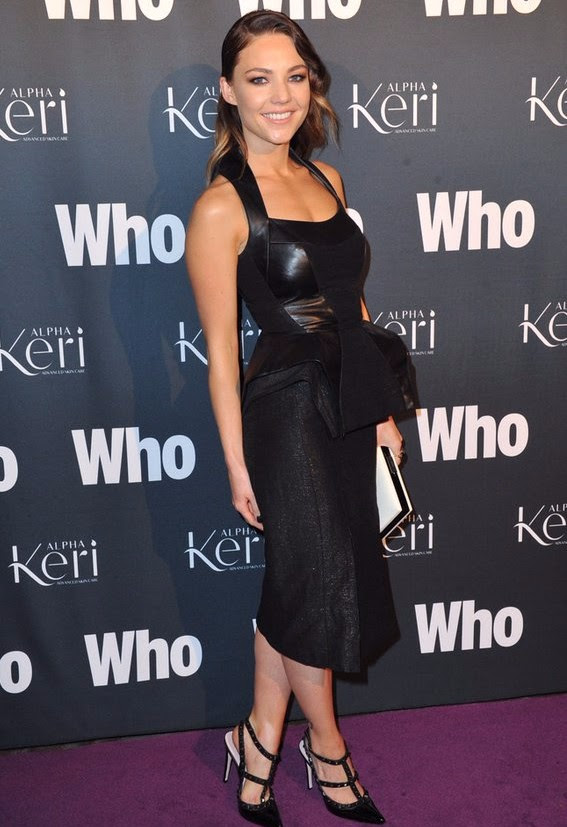 Pacific Magazines held a party last night in The Rocks to celebrate the revival of Who magazine’s Australia’s Most Intriguing People edition. The magazine traditionally celebrates its annual Sexiest People edition with a major celebrity-fuelled party, but new editor Shane Sutton decided to revive the Who classic edition after several years in hibernation.

The key ingredient of the new edition was a photo shoot in West Hollywood that brought together Rebel Wilson and Chris Hemsworth. The cover line says “The show stoppers” with the promise of more homegrown A-listers crushing it in Hollywood inside. The chunky 120-page edition (value shoppers at $4.99) also includes Aussie stars Hugh Jackman, Margot Robbie, Ruby Rose, the Dollhouse Pictures squad (Gracie Otto, Rose Byrne and their new business colleagues) and Jai Courtney among others.

Editor Sutton has also managed to get the magazine time with PM Malcolm Turnbull and his wife Lucy plus Sam Frost (pictured) and Sasha with both couples featuring in stunning separate photo shoots.

Sam Frost was one of the stars on hand to celebrate the edition last night but she didn’t front for work this morning on her four-day old breakfast show with Rove McManus because of another commitment. She will be back tomorrow. (2DayFM called in former Rove sidekick Pete Helliar to co-host today.)

Who publisher Fiona Legdin hosted the event while Shane Sutton addressed the tightly packed crowd before a performance from Norway’s Nico & Vinz who included “That’s How You Know” in the short set.

The event was sponsored by Alpha Keri who got plenty of branding with their spokesperson Sam Frost featured on the magazine’s gatefold cover.

Other intriguing people spotted in the room were The Australian’s Darren Davidson and Sky News Business reporter Carrington Clarke.