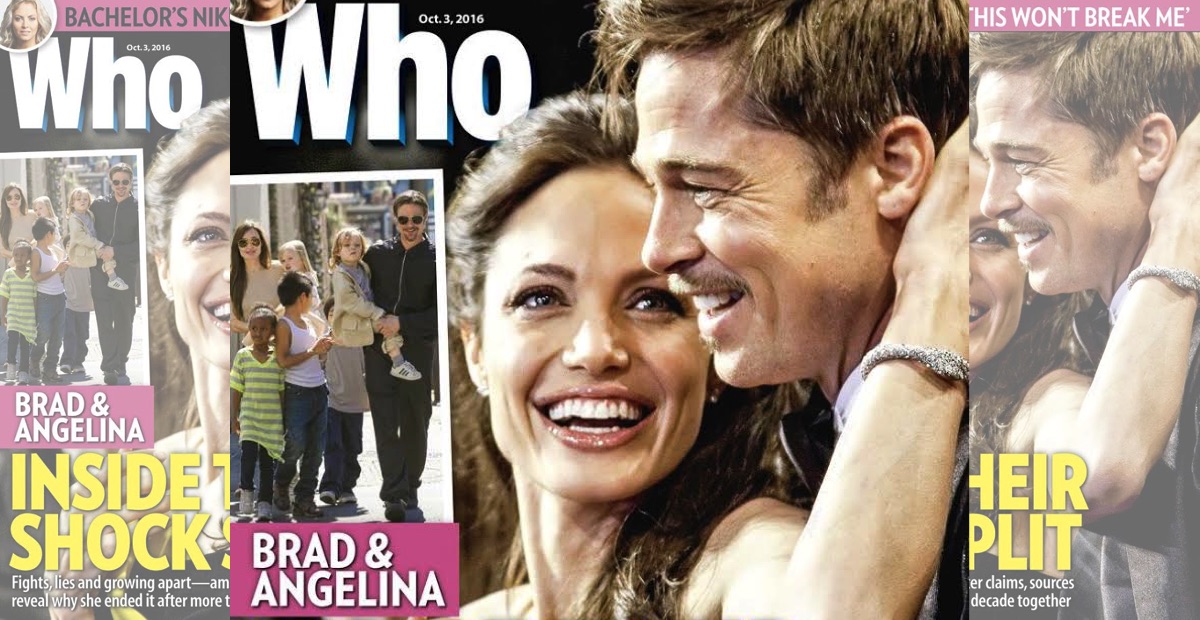 Social media, news outlets and gloss titles were set on fire this week when the news came out about actor Angelina Jolie filing for divorce from her partner of 12 years, Brad Pitt.

In Australia, Pacific Magazines’ celebrity weekly Who would have been counting its lucky stars that it hits the stands on Thursdays. Editor Shane Sutton and his team jumped onto the story in print with a revised cover and an eight-page feature.

“When something of this nature happens with a couple who have been dominant in the media landscape, particularly in the print world, we really wanted to deliver on deadline. What that means is a lot of panic phone calls in the morning,” Sutton told Mediaweek about the last-minute changes.

“It’s sad but it’s quite compelling to look back at their romance in photographs. It’s not the same experience you get looking at them through your phone,” he said.

“The magazine will be visual feast.”

When Mediaweek spoke to NW magazine editor Mark Brandon earlier this month, before the Jolie-Pitt marriage had unravelled, he talked about how the Bauer Media title had begun to revive the Jolie, Pitt and Aniston story on its covers. He said: “The most surprising comeback for years for us has to be Brad and Angelina and Jennifer Aniston.

“No one would consider putting them on the cover. But in May this year we decided, ‘You know what, there is still a lot of emotional investment in these guys. Let’s try an Angelina cover.’”

The issues featuring the gossip mag favourites from the noughties have been some of the best-selling editions for NW magazine this year.