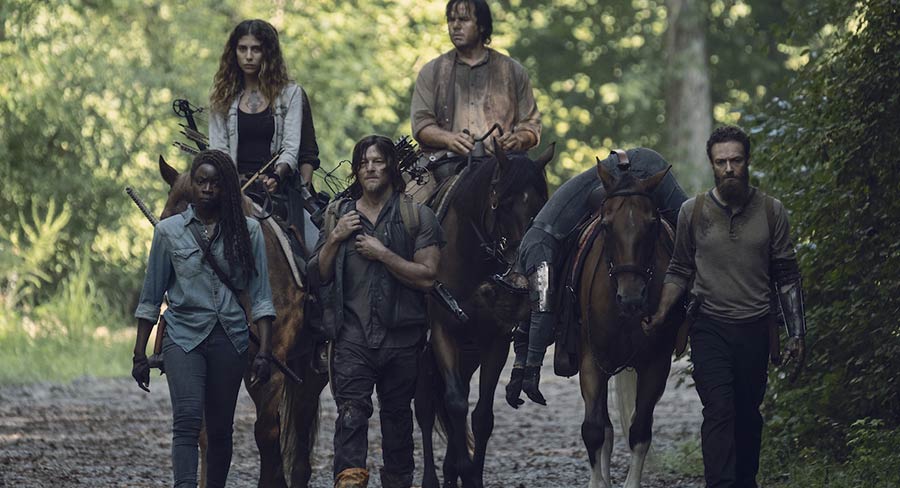 Global hit series The Walking Dead will return for the second half of season nine on Monday, February 11 at 2.00pm, with each weekly episode streaming on Foxtel and screening on Fox Showcase, express from the US.

The details of the Australian broadcast times comes just a day after the US broadcaster, AMC, confirmed there would be a season 10 of The Walking Dead.

The second half of The Walking Dead season nine finds the groups of survivors, both old and new, continuing to deal with the impact of events that took place during the six years that have passed. Since the disappearance of Rick, many of these characters have become strangers to each other, and in some ways, strangers to themselves. What they do know is that they are in undeniable danger. They will soon realise the world just beyond does not operate as they thought.

The group’s rules and ways of survival no longer guarantee their safety. A whole new threat has crossed their paths, and they soon discover it’s unlike any threat they have encountered or endured before.

The group will start to question what they think they see. What may appear to be normal in this post-apocalyptic world could actually be more disturbing and terrifying than when the apocalypse first broke out. All that is certain is the stakes are high and numerous.

Based on the comic book series written by Robert Kirkman and published by Image Comics, The Walking Dead tells the story of the months and years after a zombie apocalypse and follows a group of survivors who travel in search of a safe and secure home.

For viewers wanting to catch up on past seasons of The Walking Dead, every episode is currently available to stream through Foxtel On Demand on internet-connected iQ set-top-boxes and on streaming service Foxtel Now.