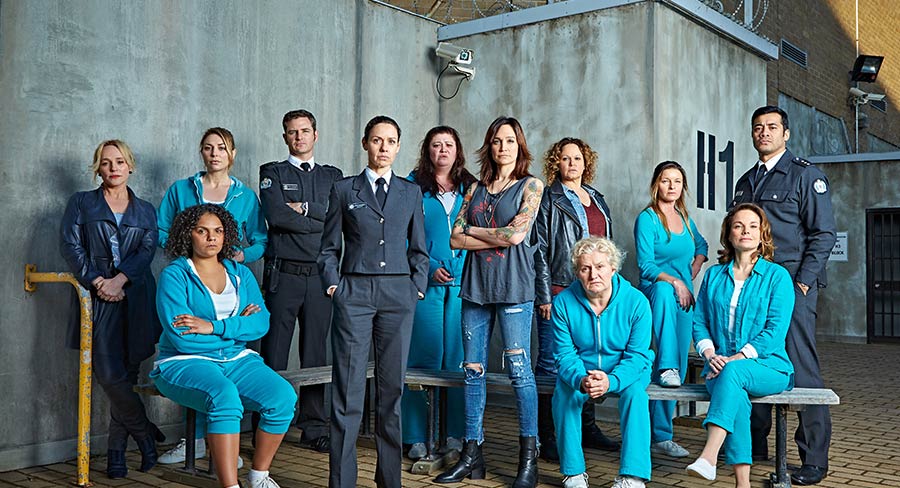 A seventh season is currently in post-production and will screen in 2019.

Foxtel has announced AACTA and TV Week Logie award-winning drama Wentworth has been commissioned for a further 20 episodes. The history-making announcement will see Australia’s longest-running one-hour drama series remain on air until 2021.

A seventh season is currently in post-production and will screen in 2019. Season eight is supported by Film Victoria and will commence production next year.

A Fremantle production, Wentworth is a re-imagining of the original Prisoner series, launched in 2013, and has been a global phenomenon with over 140 territories including United Kingdom, France, Canada, Finland, Israel and Macedonia screening the series and adaptations produced in four countries.

Brian Walsh, Foxtel’s executive director of television, said: “Foxtel is proud and delighted to confirm a further 20 episodes of Wentworth. The renewal of this much-loved drama is testament to Foxtel’s unwavering commitment to Australian story-telling.

“Wentworth has captivated audiences in Australia and all over the world with its gritty nail-biting storylines, remarkable performances by an extensive ensemble cast and high production values. The commissioning of these additional episodes will see it reach an extraordinary 100 episodes.”

Fremantle CEO Asia Pacific, Chris Oliver-Taylor, said: “Foxtel has nurtured and supported the confronting world of Wentworth beautifully through its first seven award winning series and we are thrilled to be producing another 20 episodes with it. Jo Porter and Pino Amenta lead an exceptionally creative production team with Marcia Gardiner at the helm of our brilliant writing team. Wentworth is a premium global drama for Fremantle and the news of Series 8 will be celebrated around the world.”

Wentworth created history being the first Australian drama to win both the Most Outstanding Drama and Most Popular Drama Logies for Series 5 bringing the total number of Logie Awards to six, along with four AACTA Awards and four ASTRA Awards.

When Season 7 of Wentworth returns to Fox Showcase in 2019 the prison is on the brink of imploding as the fiery confrontation between the two emerging titans, Rita and Marie, is imminent after the Season 6 bloody finale.