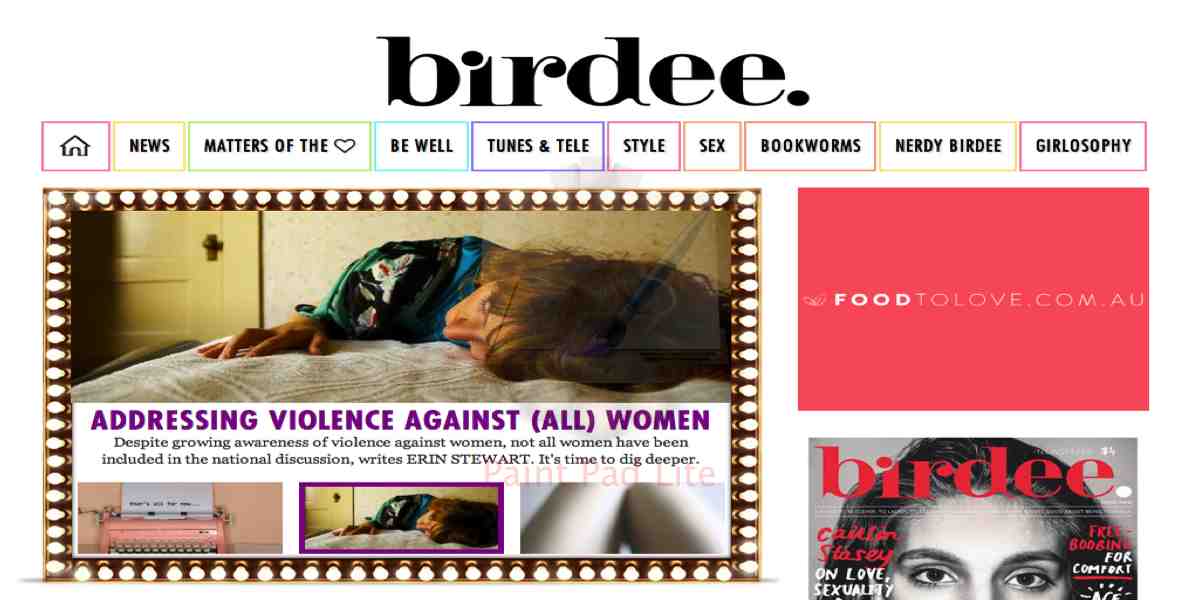 Birdee will cease publication this week.

Following March’s closure of women’s website The Hoopla, We Magazines’ other property, website and newspaper Birdee will cease publication this week. Founded in July 2013 to speak provide what founder Jane Waterhouse called “an intelligent alternative” for young women, the site “will be ceasing publication for now” according to a blog post from editor Hayley Gleeson.
In the post, Gleeson acknowledges that We Magazines has found it impossible to both offer high-quality content and pay its writers, meaning Birdee will shut its doors on Friday. “We’ve exhausted all our avenues to date and until a more sustainable publishing model can be found (we’re all ears if you’ve got any ideas), we’re putting our pens down… From politics to pop culture, sex and relationships to style, mental health to money, we’ve hosted some truly game-changing conversations in our short time. If Birdee helped just one reader to feel more informed or inspired, more driven to make change, or more reassured that someone out there “gets her”, then it has all been worth it”, the post continues.
The Hoopla implemented a paywall in April last year, in the hopes that it would make the site more commercially viable. However, it was forced to close earlier this year, and it’s stablemate Birdee has gone the same way. When Mediaweek spoke to Waterhouse last year, she said the landscape had completely changed from when her and Wendy Harmer launched in 2011. “When we set out to launch, there was nobody else – there was no Daily Life back then, but Fairfax saw a similar opportunity. Unlike them, we’re just a site – we don’t have the publishing machinery behind us.” On Birdee, she commented “Birdee survives on advertising, but it’s hard to get people to the site at this stage, it’s not very well known. We need to do some marketing work, because once people see it they love it! It’s a great mix of quality content!”
No word for now on the future of We Magazines, which only boasted the two in it’s stable.