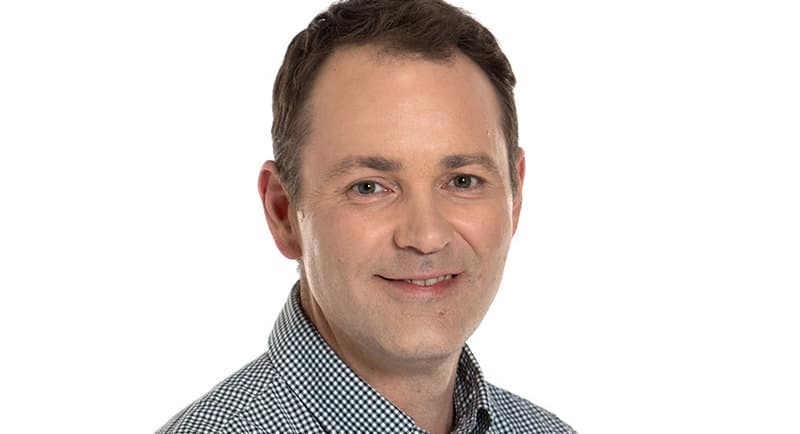 Winks shares a powerful message that life is worth fighting for

Travis Winks, news presenter at Wave FM Illawarra, shares with Mediaweek his recent memoir Shattered, his experience working for ESPN in the US, his love of local radio, and exciting news for the future.

“Life is worth fighting for,” is the powerful message Travis Winks hopes people take away from his memoir, Shattered, which recounts the impact of mental illness and domestic violence on his family.

In 2016, within a 67 day period of turmoil, his brother attempted to commit suicide and his sister was jailed after destroying her abuser’s car and attempting to end her life by driving into a tree. Winks also dealt with his father being shot dead after a firearms standoff with police on the family property in Queensland, who were responding to his mother’s call of concern that his father was going to commit suicide. 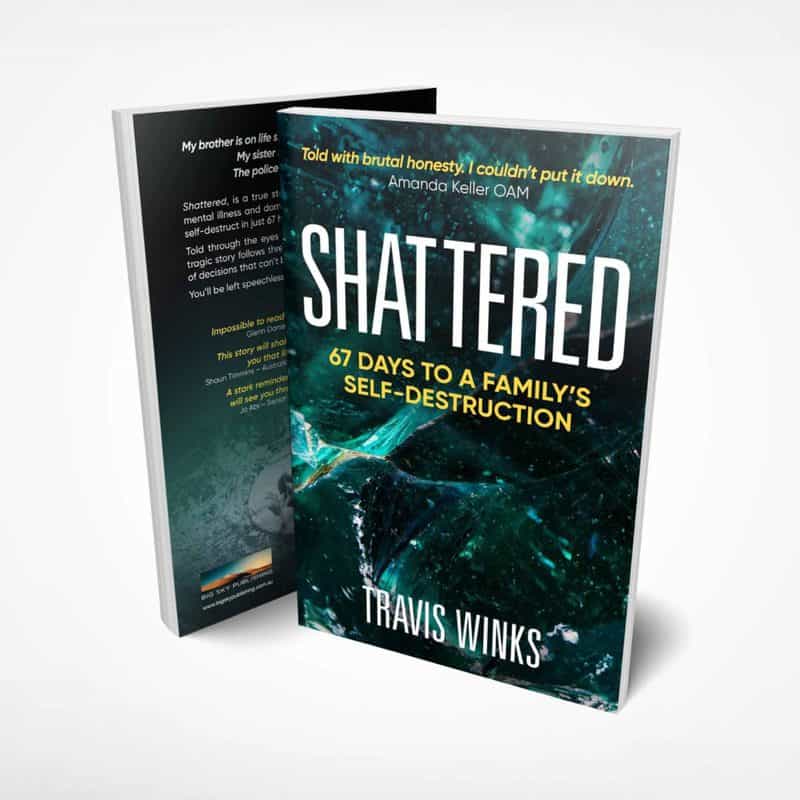 Winks wrote the book to grieve, but as he continued to write, he realised that people may be able to relate to his story and take a message away from it.

“I always thought that it would make an incredible story, because that was the journalism in my veins, but I wrote it to grieve and I didn’t write it to get it published,” said Winks.

“I don’t claim to be an author. I’m a journalist and I’m a radio presenter. I wrote a book because I had a story to tell, a very brutal, true story, that I hope encourages people to look at their lives, their choices and their relationships differently.”

As the breakfast news presenter for Grant Broadcasting’s Wave FM in the Illawarra, Winks’ lifestyle allowed him to dedicate his afternoons to writing the book.

Winks is enthusiastic about local radio and the Illawarra, as working for Wave FM gives him the opportunity engage with the local community in a way that a large, metropolitan station wouldn’t be able to offer.

“We have a wide variety of things to talk about and get involved with, and the area is very charitable as well. Our local community here rocks and it makes it easy for us here at Wave FM to engage with them.” 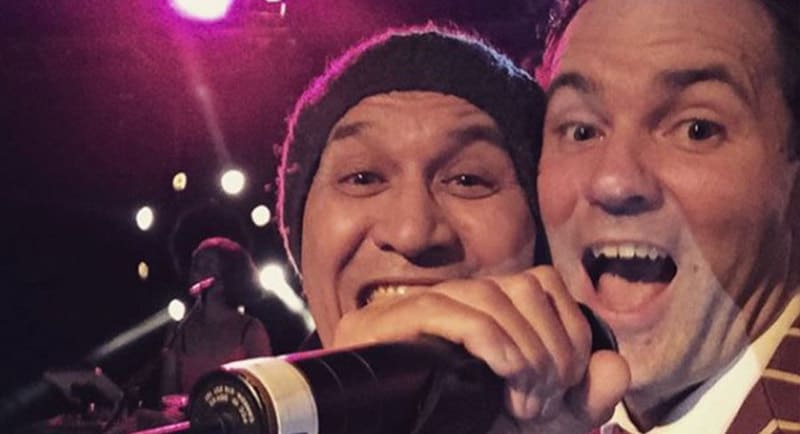 Before joining Wave FM, Winks was a sports journalist at ESPN SportsCenter in the US covering Australia, New Zealand and the Pacific Islands, an experience he described as “mind-blowing”.

“It was like getting on a roller-coaster every day, except you didn’t know where the track was going, because hosting SportsCenter you would strap yourself in and hope for the best!” 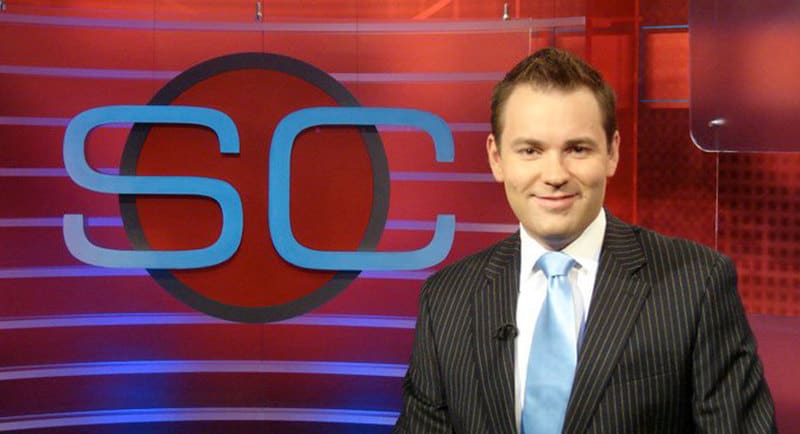 Winks was invited to audition as an anchor for ESPN SportsCenter in 2006 while he was working for WSFM in Sydney. The role would require him to relocate to Connecticut.

In between covering the 2006 NRL Grand Final breakfast at the old Westin Hotel in Sydney and flying to Melbourne that afternoon to cover the Swans AFL Grand Final against West Coast, Winks had a short amount of time to record an audition tape.

“I went home and I got my neighbour on my handycam. I wrote some stuff out on a couple of sheets of butcher’s paper, threw on a shirt, tie and jacket (and probably tied the tie very poorly), and smashed out this recording. I got it onto DVD and put it in the post”

From there, Winks was invited to audition in Connecticut and offered a contract that same afternoon.

He described the ESPN newsroom as fast and furious, with constant feeds on television screens, thousands of employees working, make-up artists coming to do touch-ups and producers dropping off information.

What got Winks through the daily SportsCenter program was knowing his product, which is the advice he shares to anyone eager to get into a career in radio.

That knowledge is what opened Winks to incredible opportunities in his time with ESPN, such as being sent to cover the 2008 Beijing Olympic Games. It was there he had the privilege of meeting Usain Bolt, who was a relatively unknown up-and-comer prior to his world record wins at that year’s games. 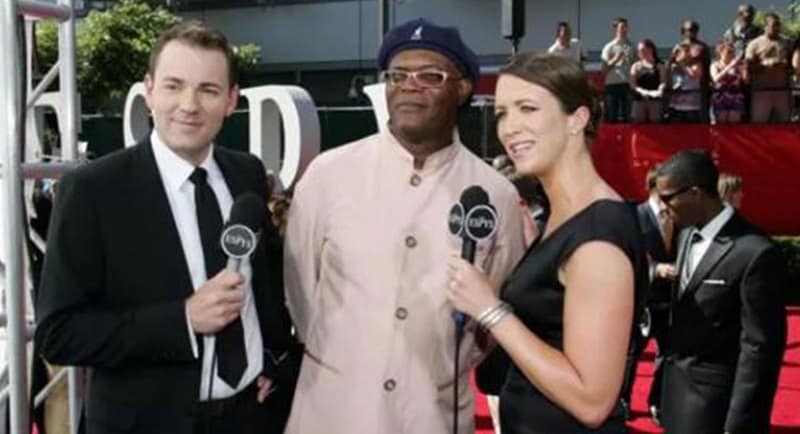 Travis Winks at the Espy Awards

So, where to from here? The maternity suites at Wollongong Hospital, where his wife Amanda is due to give birth in early November.

“I’m going to be taking a little bit of time off to enjoy the new arrival and some time with my wife, which will be wonderful. Re-introducing myself to newborns, because it’s been a long time, will be my first focus.”

As far as future plans go, Winks is keen to keep promoting his book into early next year. His focus isn’t on making it a monetary success, but rather a success in how it can reach people.

“I really hope that people can see what happened to my family, and realise that life is worth fighting for, and that bad things happen to good people all the time. It’s how you handle it, and how you deal with it, and how you come out the other side.”