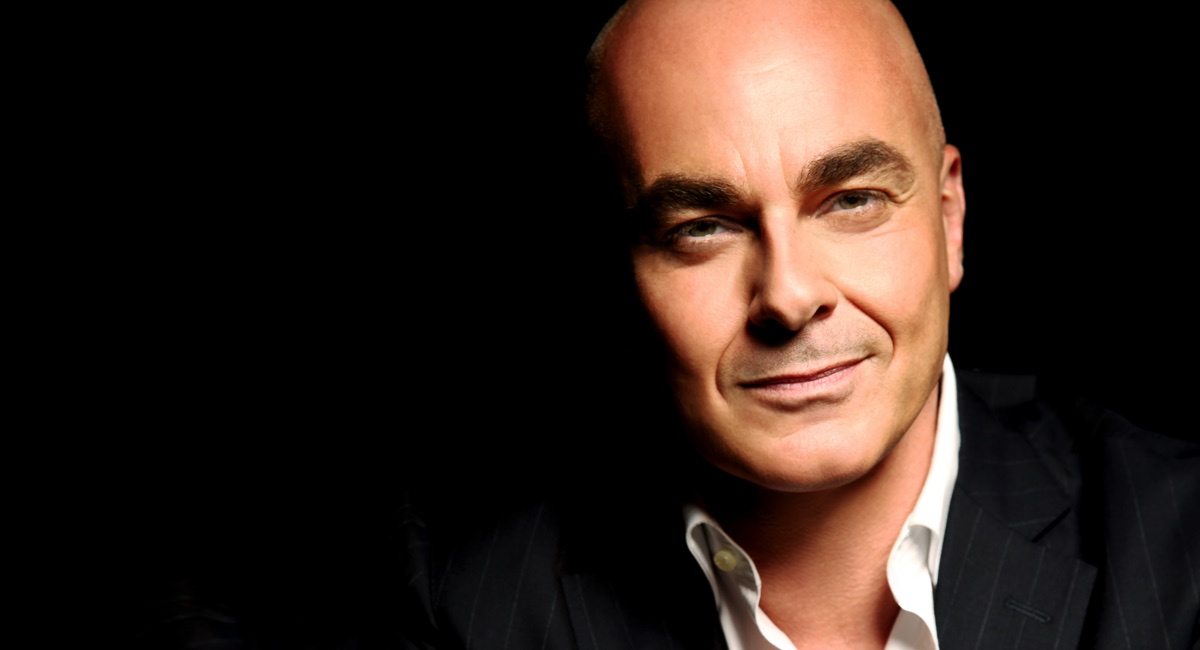 Editor-in-chief of Vogue Living Neale Whitaker started out his career in the media industry as a publicist in London working under a well-regarded British PR guru Lynne Franks. Whitaker revealed to Mediaweek that his former boss was the inspiration behind the character of Eddy in BBC’s 90s sitcom Absolutely Fabulous.

Today, Whitaker is a man who wears many hats. He is recognised by TV viewers as the outspoken English judge on Nine’s The Block and to print readers he is recognised as a columnist for News Corp’s Saturday magazine Stellar and editor-in-chief of NewsLifeMedia’s Vogue Living. The majority of Whitaker’s time is spent walking the corridors of News Corp HQ in Sydney. Vogue Living is celebrating 50 years with its May/June 2017 edition.

“‘50 Fabulous Years’ it says on the cover. We’ve taken a bold risk with that one coverline,” Whitaker told Mediaweek during a visit to his workplace. “We wanted to let the image do the talking for us.”

“We wanted to do something that people would want to keep on their coffee tables for a long time to come – may be not 50 years but certainly for a while,” he said, smiling.

Whitaker was running on a tight schedule on the day we met for a chat. He was waiting for our meeting in a room on the second floor of the News Corp building, where many of NewsLifeMedia’s titles are produced.

Speaking about his weekend ahead, Whitaker revealed he had a flight to Melbourne to catch that afternoon ahead of the TV Week Logies. But that wasn’t why he was going. Instead, he was flying down for an intimate cocktail event with staff and clients to mark 50 years of Vogue Living, prior to the big function held in Sydney to celebrate the benchmark on 26 April 2017.

Since its inception in 1967, Vogue Living has been a premium title that has been about aspirational design and interiors.

Whitaker said: “It’s fair to say that the core Vogue Living audience is a very loyal audience that has stuck with the magazine through thick and thin. They probably remember our 40th anniversary 10 years ago. 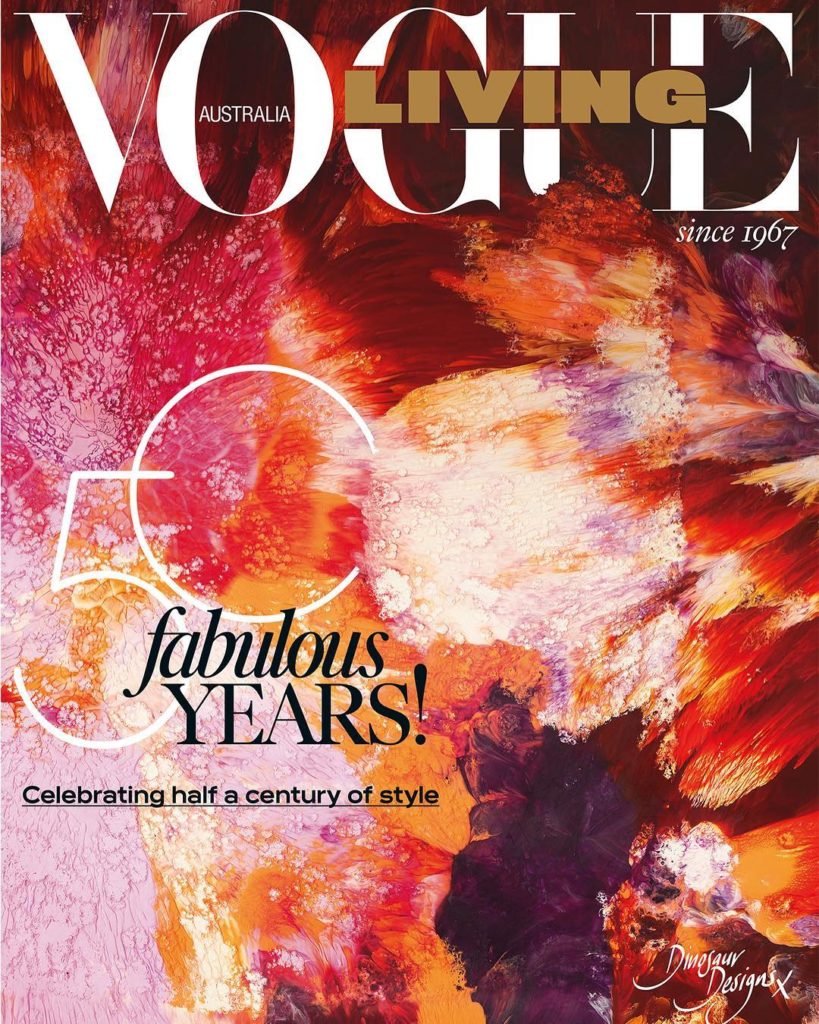 “It’s also extraordinary how many young readers of Vogue Living I meet who say, ‘I grew up with this magazine. My mum read it.’”

Who exactly are these young readers? “They are younger than me,” Whitaker said. [Laughs] “They are readers who are in their 30s. We don’t have huge audience that is younger than that. There is a new audience for the magazine that has found us through the website. I’d like to think the traffic goes two ways like that.”

Much of Vogue Living’s younger audience lives online. The type of content they are looking for is different from what the consumers of the brand in print are looking for.

“They [the younger readers] are looking for a quick fix. They are looking for that snackable content that everyone wants. They are not circling into the big deep armchair read that the magazine gives them,” Whitaker said.

With the 50th anniversary edition, Whitaker wanted to focus more on the present and the future than dwell on the past.

“I wanted to acknowledge the past…but it’s more exciting to look at what’s happening now.”

Prior to editing Vogue Living, Whitaker was the editor of Bauer Media’s premium interior title Belle. While he acknowledges that the title is competition, he insists that in a healthy market there is room for two good products to stand out from the crowd.

“There’s always room for two of everything – as long as it is the two at the top,” Whitaker said [Laughs]. “As long as I am editing one of them.”

There is a crossover in the target market of the titles, he admitted, but the characteristics of the readers picking up a copy of each of the titles are different.

“In the two and half years in the editor’s chair at Vogue Living, I have learnt that the readers have a different expectation from the magazine. There is a slight bohemian, eccentric quality and quirkiness that they look for in Vogue Living,” Whitaker said. “Belle was very much about beautiful interior design and architecture. Vogue Living is more about the human spirit and the energy behind that.”

Speaking about energy, with his busy schedule Whitaker admitted that he wished he had more “me time” when the schedule gets very hectic. And that is exactly what is about to happen when he starts filming for season 13 of The Block in May 2017, along with the new Foxtel series he is currently filming.

While the stars from the Australian TV industry posed for the shutterbugs on the Logies red carpet in Melbourne, Whitaker was on a flight heading in the opposite direction to Queensland.

“I am filming a new TV series for Foxtel at the moment called Love It or List It, which goes to air later this year. I have to be on set in Brisbane at 8am on Monday morning,” he said.

“This is the first time in six or seven years that I haven’t been to the Logies,” Whitaker pointed out. But he passed his best wishes on to the team of The Block, which was nominated and won the Best Reality Show category. (See the full list of winners from the TV Week Logie Awards at Mediaweek.com.au.)

“The things that I am doing are all the things I love. I feel very fortunate to be having all these opportunities at this stage in my career,” Whitaker said. “There is a price to

Why Ziggy Stardust is on the pages of Vogue Living

The 50th anniversary issue of Vogue Living is 244 pages thick. It has three features dedicated to marking the benchmark: Top 50 Australian Creatives, Vogue Living’s 50 Greatest Rooms Of All Time and 50 Things That Rocked Our World.

Identifying and shooting the 50 influential creatives in the design industry today was a “mammoth task,” Whitaker said. “We did two days of photography in Sydney and two days in Melbourne.”

However, the 50 Things That Rocked Our World story is the one that caught Mediaweek’s attention. The use of the word “thing” was very carefully considered, and intentional, Whitaker said.

“It is a bit of everything,” he said. “We gave this task to Jason Mowen, who is one of our regular contributors. What Jason doesn’t know about design and interior design isn’t worth knowing.

“We chose the word ‘things’ very deliberately. They are not all items. There are some furniture items, but there also works of art, movies, books and style movements.”

One of the style movements identified in the story is David Bowie’s persona Ziggy Stardust.

Whitaker explained: “Ziggy Stardust was a character that David Bowie created in the early 1970s. At the time, that character he created had a huge impact on fashion, which flowed through to homewares and interior design. It was a defining moment in design back in the 70s. But then it had another resurgence earlier last year when Bowie passed away.

“The 70s is the most influential decade of all. I always talk about the 70s as the decade that keeps on giving. It never really goes away.”

There is a 50th anniversary boxed edition available, which has a price tag of $12.99. This is $3 more than the regular edition.

The boxed edition will have a print of the front cover art, custom designed by Dinosaur Designs for Vogue Living, so that readers can frame it to put up in their homes.