After a successful takeover of the Melbourne CBD just a week ago, Vogue Australia held its Sydney Vogue Fashion’s Night Out last night.

The central city’s streets and many of its stores were clogged with shoppers for the eighth successive year as Vogue Australia readers embraced the chance to fossick for bargains.

A formal launch event was held in a Vogue Australia marquee in the Pitt Street Mall which ended with launch MC, News.com.au editor-at-large and Vogue Australia contributor Melissa Hoyer instructing the hundreds gathered inside and out to “start shopping”.

Sydney Lord Mayor Clover Moore spoke as did a rep from American Express who showed off her special ring which lets you debit your credit card should you be out shopping without your wallet, phone or smartwatch. 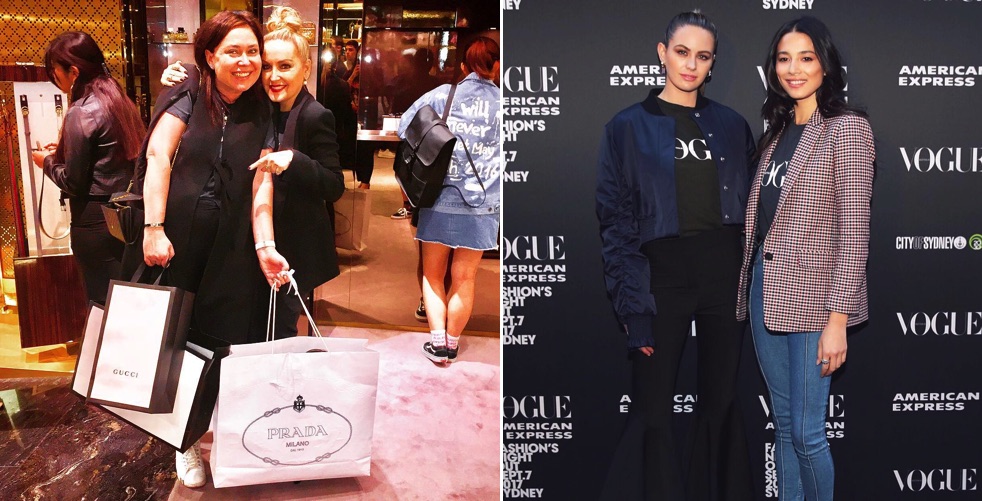 The crowd, most sipping on Moet from gold champagne flutes (which apparently some people took home!), also heard from Vogue Australia editor-in-chief Edwina McCann. She was also joined onstage by models Jesinta Franklin and Jessica Gomes.

Watching from the audience were News Corp editors Kerrie McCallum (delicious) and Mick Carroll (The Sunday Telegraph). Also checking out proceedings were News Corp Australia chief digital offer Nicole Sheffield, NewsLifeMedia publisher Nick Smith and CEO of The Australian, who may have come from straight from the celebrations for Newspaper of the Year, Nicholas Gray.

Vogue Living editor-at-large Neale Whitaker featured in a session on design in H&M straight after the launch event talking about the homewares range he curated for the store.

News Corp executive GM of sales Lou Barrett was watching in the crowd. Upstairs at the cash register later Mediaweek invested in a number of items. (Disclaimer: We claimed the $20 H&M Fashion’s Night Out discount.)