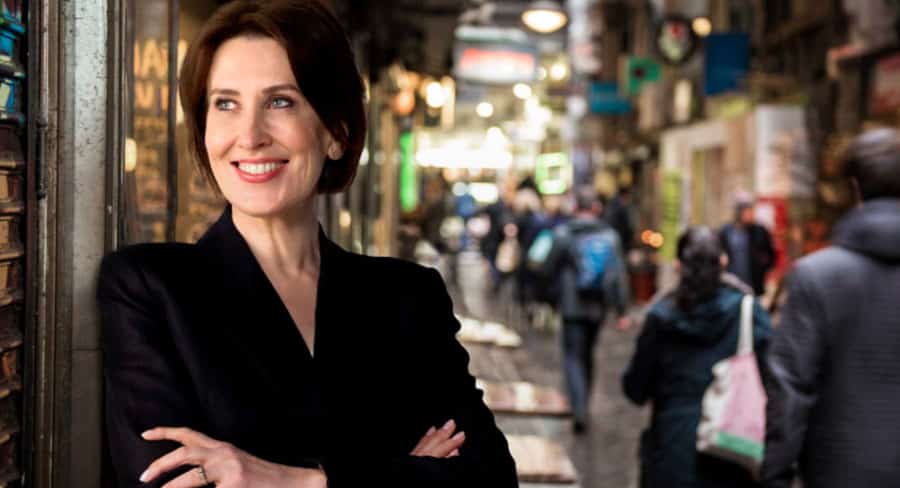 • ABC host: “The idea that somehow I might be radical is hilarious!”

The size of the potential audience that Virginia Trioli will lose in the move from national TV to Melbourne radio was not a concern in her decision to head back to radio as Jon Faine’s replacement at ABC Melbourne.

“For me it’s never been a competition about whether it is national or state,” Trioli told Mediaweek not long after coming offstage from Faine’s farewell show broadcast from the Melbourne Town Hall last Friday.

“It is about whether the show itself has real meaning and connection to the audience. This one does. It is the most powerful radio show there is in the nation in relation to its audience. It’s an enormous audience, it’s meaningful, connects with them and makes differences for them. That is exactly what I hope I will be able to continue.”

Jon Faine has regularly made headlines across the years at the Melbourne station. More recent highlights included criticism of his ABC boss (“Can you do your job better, please?”, was his comment to Michelle Guthrie), competition from 3AW, (“It must have been very frustrating for him – 23 years without an opinion,” said Melbourne morning rival Neil Mitchell this week) or clashing with politicians (“That’s a terrible lie Jon,” said PM Scott Morrison after his first question in an interview earlier this year).

Trioli said the bread and butter content of the program, that perhaps doesn’t attract the media coverage, is about “the big policy decisions that are being made apparently in service of the people of Victoria.

“We will be covering peoples’ experience of schools and hospitals, roads and rail. If we ever lose focus on those things then we are losing contact with the audience.”

As to what made her want to take on the new radio challenge, Trioli said the ABC radio chiefs told her she was one of the candidates they would be considering.

“I tried to image how I would feel on the day they announced his replacement and it wasn’t me. My heart sank every time I tried to imagine that day. It was then I really knew it was the job I wanted.”

As to the physical challenge of the new job, former News Breakfast co-host Trioli called it a “sleep in”.

“I used to get up at 2.30am and so anything at 5am or later is a lie in. Theses sort of jobs, breakfast TV or radio, where you never stop talking, are a mental game really.”

The ABC has not issued its new Melbourne morning broadcaster a brief. “We all are very aware at a station like ABC Melbourne about what the mission is and what we are there to do for whoever tunes in. We need to connect to them meaningfully and make a difference to their lives. I have an amazing team and it is the morning team that has been with Jon for some time. The three-person team is led by Katrina Palmer who was first person who produced and trained me when I started in radio.

“The older I get you begin to appreciate that it is not about job, it is not about the money, it is about the team, the people you will be working with day-in, day-out. That’s another thing that made this decision so easy.”

Television hosts are often critiqued on the way they dress. Even though people won’t be able to see what Trioli is wearing, she will still be making an effort.

“You have to dress your best for radio. I have always done my best broadcasting in heels. A person once told me about a job interview – even though you might be doing it on the phone from home, don’t do it in your pyjamas. They said you don’t sound your best unless you are dressed up. It is the same for radio. It is the costume you put on to be on the ball, on point and paying attention.

“I will not be turning up in tracky dacks!”

“Maybe there will be something into the future, but it’s not something that I am pursuing. I have to be head down and bum up in this job.”

How does Trioli rank on the “radical register” for people who think the ABC might be a hot bed of lefties?

“I have no idea. Those who have it in for the ABC have it in usually for naked self-interest. They want us gone, out of the market because they want our listeners and viewers. They argue we are too big because they are struggling with a business model that doesn’t work.

“The idea that somehow I might be radical is hilarious!

“My focus has always been creativity through storytelling.

“I have always been a tough and independent interviewer regardless of who the guest might be.”

Trioli noted that during interviews with politicians of either party she will get various tweets – some accusing her of being a left wing hack, while others claim her a liberal shrill.

“For my job I need to consume a lot of media, but I would be doing it anyway.

“Twitter has always been a brilliant news resource, basically a wire service for me.

“ABC News is brilliant in informing on a number of different levels from foreign correspondents to news analysis to the online news pages.”