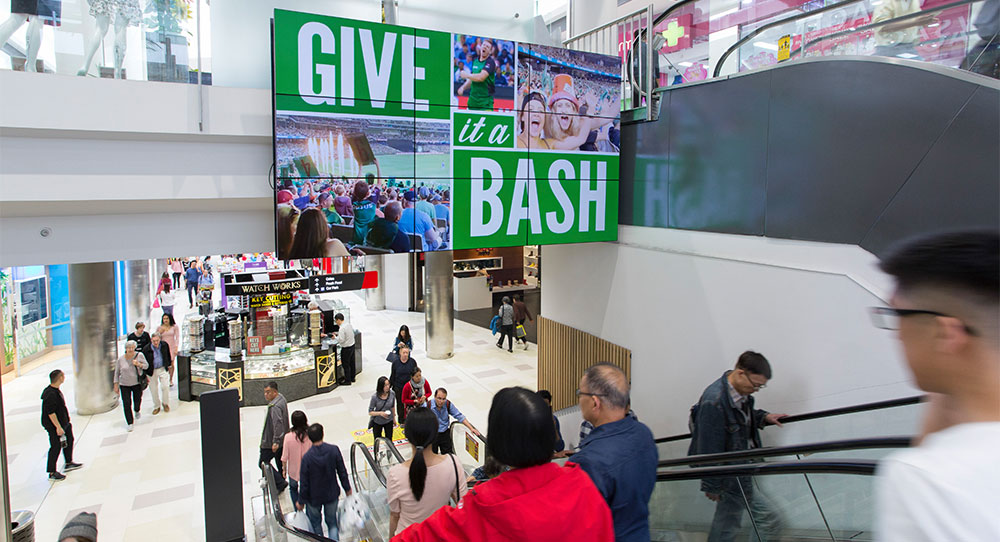 Here is a Mediaweek outdoor gallery showcasing the latest creative work as displayed across the Val Morgan Outdoor (VMO) network.

The campaigns being showcased are: Arnott’s partnered with VMO to launch their new “Chill me” Tim Tam range, driving awareness to the new temperature-activated packaging. The launch experience featured a custom-built digital refrigerated unit utilising a live digital thermometer. Pulling live data from the Bureau of Meteorology, the refrigerated units were programmed to open at a set temperature on the day, giving away 13,500 chilled packets of the never-before-tasted Tim Tam biscuits across three days.

Network Ten, I’m a Celebrity…Get Me Out of Here! – Location Domination

To promote the premiere of the fourth season of the hit family entertainment television series I’m a Celebrity…Get Me Out of Here!, Spark Foundry and Network Ten partnered with VMO to deliver a 360° campaign domination at Sydney’s iconic Manly Wharf – a media first at a landmark commuter hub that attracts more than 16,000 visitors daily.