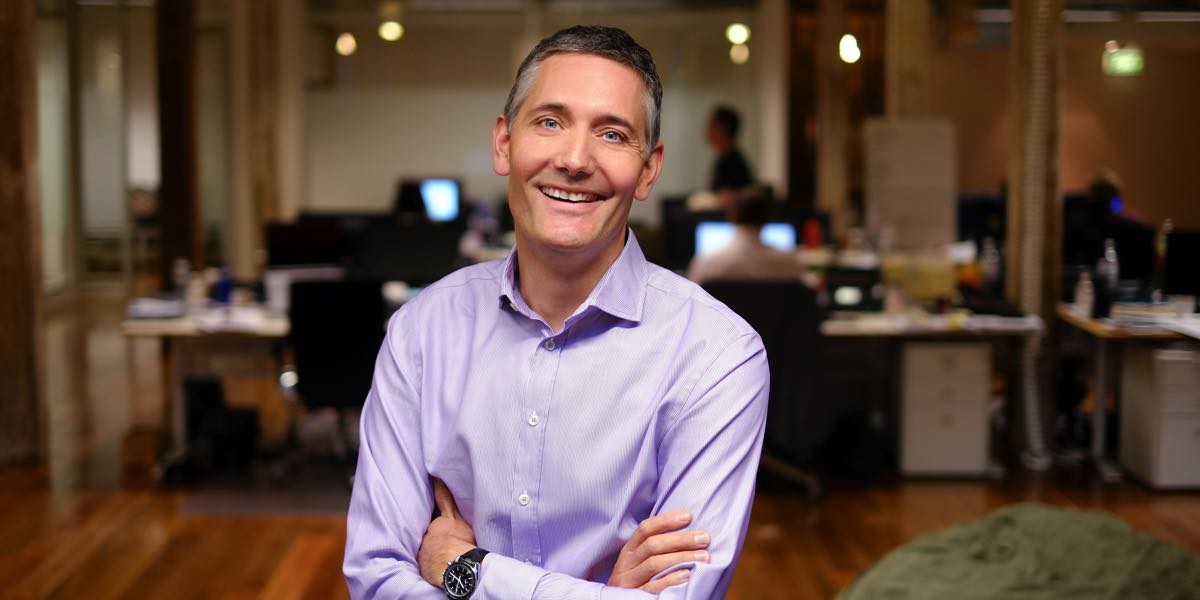 Understanding Australia’s first mobile report with IAB Australia board chairman Ed Harrison: “The industry is falling behind where the consumer really is”

In Australia, over 15 million people aged over 14 own a smartphone and over 11 million have a tablet. The inaugural Nielsen Mobile Ratings report tells the mobile story of the Australian market.

The figures analysing mobile activity in July 2015 give advertisers and editorial decision makers an insight about where the consumers are and what type of content they are consuming. The report, commissioned by Nielsen and IAB Australia, shows how Australians aged over 18 access content using mobile and tablet.

“When it comes to mobile audiences all the big publishers get it. But, a lot of the industry hasn’t quiet caught up to the speed with which mobile has taken up. The industry as whole is falling behind where the consumer really is,” IAB Australia board chairman and Yahoo7 CEO Ed Harrison told Mediaweek.

“This report [clearly] shows the degree to which people are spending time on mobile and how engaged they are.

“For some people it’ll be a really big wake-up call. And a lot of publishers talk about being mobile first. This report will finally tell them whether they really are.”

When it comes to the gadget of choice in Australia, the smartphone is the most popular. Australians spend over 33 hours per month browsing or using apps on the device. However, mobile devices (including tablets) drive shorter and more frequent sessions than desktop and laptops. The entertainment, social and search categories generate the largest audiences on smartphones and tablets. This means online entities like Google and Facebook lead audience rankings in tablet and smartphones across the Parent, Brand and App levels.

Meanwhile, on a brand level, Yahoo7 came out as the fifth most popular brand in Australia accessed using smartphones. On tablet, it slipped to seventh place. However, it is the only Australian brand inside the top 10 on both charts.

Harrison explained: “Success in mobile is really a function of great content or having the right content and user experience.

“The other element around mobile is it gives us the ability to deliver video content very effectively. Video is a beautiful medium that [seamlessly] moves through television, desktop and mobile. We have an enormous amount of video content that works really well in those environments so a lot of our focus is on that.”

Australians spend over four hours engaging with audio and video content on smartphones each month, and just under two hours on tablet.

In the current events and global news category, news.com.au and smh.com.au are the two most accessed properties on both smartphones and tablet. Yahoo7 News websites ranked #5 on smartphones and #9 on tablet.

Harrison said: “Finally our editors can measure their performance relative to all of our competitors, whether it’s traditional or up and coming young competitors. They can see who is doing well and who is doing not so well, and work out the reasons for that and apply it to our business. It’s those external benchmarks that are really critical for the editors.

“The industry as a whole tends to get very hung up on the news vertical. It’s one big important front door, but it’s definitely not everything. There’s way more to it than that.”

With Yahoo7 branching out in sports, entertainment, finance and TV with the Plus7 app, there is potential for growth across the portfolio, Harrison said. This growth will be led by the power of video and the development of its app properties. Of the 33 hours per month Australians spend on smartphones, 29 hours are spent on using apps and four hours on browsing the web.

“[There is growth potential] right across the board and this includes Tumblr as well.

“The growth in a lot of the verticals … will come from video experience. [It’s about] increasingly looking at how do we make video the first experience people have when they arrive to both desktop properties and mobile sites.

“The other really important aspect to understand for a lot of people will be the fact that it’s not mobile web, it’s mobile app [where the future is]. The industry in Australia is quiet slow to wake up to that. I still have debates around is it mobile web or app?

“If we go to our business in the US, that debate was completed years ago and we can see that in the numbers … We’ve been working very hard on our apps specifically.”

The report studies the consumer market over the age of 18. What about the younger audience?

Nielsen explains: “Nielsen does not recruit panellists under the age of 18 because, as per AMSRS Code of Conduct, recruitment of 17 or under requires permission from parents. In practice this is rarely granted and thus these restrictions make collecting a representative sample of under 18 mobile panellists an extremely expensive and impractical exercise.”

mobile report: In early 2016, the Mobile Report will be replaced with a monthly Digital Ratings report. To read the first Mobile Report for Australia, head to mediaweek.com.au and search “Mobile Report”.