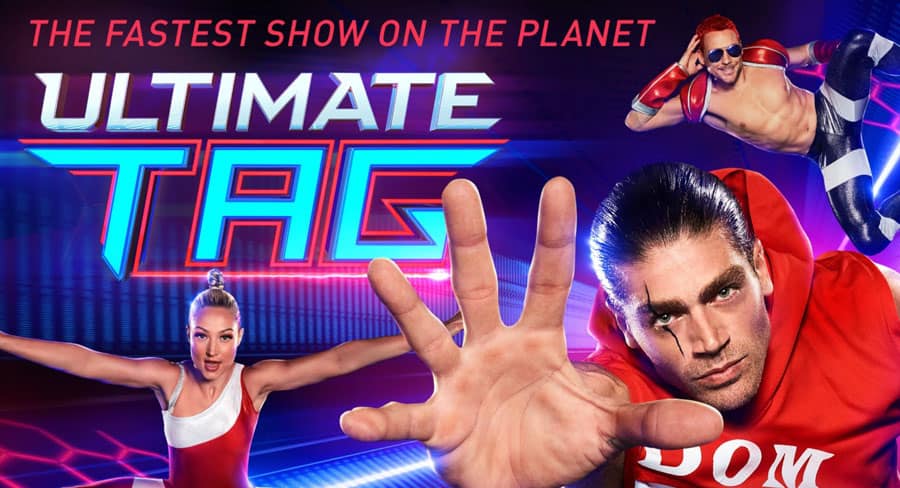 Ultimate Tag is produced by Endemol Shine Australia for the Seven Network.

Ultimate Tag will take the childhood game of tag and take it up a notch when it premiers on Seven and 7Plus at 7:00 pm on Sunday, March 7.

The show will feature Australians from all walks of life stepping up to the challenge against pro taggers, who include some of the world’s parkour stars, sports champions, sprinters, gymnasts and martial arts pros.

The show features a men’s and women’s competition and takes place across six heats, three semi-finals and a grand final.

Players must run, spin, dodge, tumble and dive their way around the obstacle courses in the Ultimate Tag arena, with every course and run getting more challenging.

The courses include Survival Tag, Gravity Tag, Revenge Tag, The Wall, Stealth Tag, Dodge Tag, The Alley and The Vortex.

The last standing male and female player will take home  $100,000 in prize money as well as the title of Australia’s first Ultimate Tag Champion.

Anchoring the series are hosts Matt Shirvington and Abbey Gelmi along with commentator Bill Woods, who will follow all the explosive action in the arena.

Ultimate Tag is produced by Endemol Shine Australia for the Seven Network.

Mark Fennessy, CEO, Endemol Shine Australia, said: “It’s the fastest and most intense competition ever seen – a supersized family game that just became a sport. Everyday Runners must avoid our professional Taggers – a mischievous group of highly skilled freerunners, parkour artists and elite athletes. It moves at a frightening speed that delivers momentary thrills, surprising victories and startling defeats. Ultimate Tag is blockbuster family entertainment at its pulsating best – the Ultimate Test on the Ultimate Playground.”