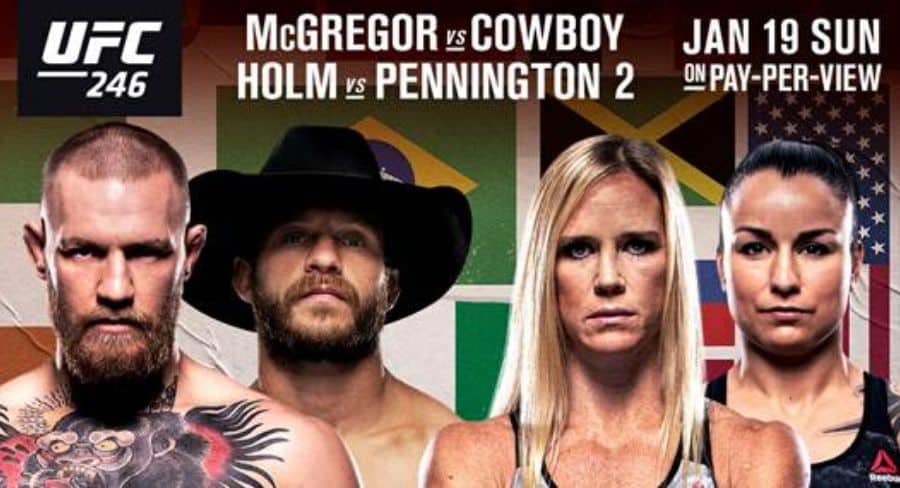 In a thrilling bout that was years in the making, former two-division champ Conor “The Notorious” McGregor takes on fan favourite Donald “Cowboy” Cerrone.

UFC 246 sees McGregor make his return to the octagon with a welterweight showdown against Cerrone who has had the most wins in UFC history.  This is McGregor’s first return to action since losing to Khabib Nurmagomedov in October 2018, while UFC 246 will mark Cowboy’s sixth fight in 14 months.

The Co-Main Event is the Women’s Bantamweight bout with former champion and no.3 ranked contender Holly Holm taking on no.5 ranked Raquel Pennington in a highly anticipated rematch.  Holm wants to prove that her first win over Pennington was no fluke and Pennington wants to even the score with Holm and work her way back to another title shot.

To order the UFC: 246 McGregor v Cowboy fight visit
the website or book through the MyFoxtel.app