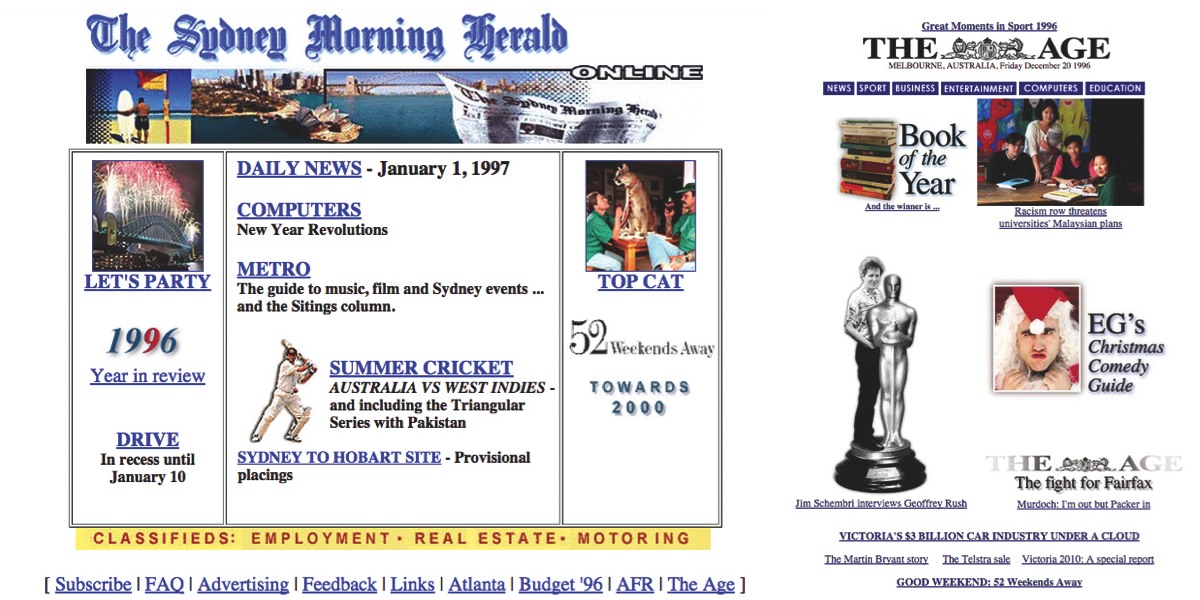 Fairfax Media is celebrating the 20th anniversary of its major websites smh.com.au and theage.com.au this year. Online content from The Age was the first to appear in February of 1995 while the Sydney newspaper had some of its content appear online on ANZAC Day that year.

In 1995 Holden was a sub-editor on The Sunday Age. When asked how much of a digital visionary he was, Holden told Mediaweek: “I was vaguely aware that Frank Prain and the library team were over in a corner having a play with The Age website. There was the sense that with what they were doing everything could eventually be available to everybody.

“The machines we had back in those days were just terminals so people logged into the system to read content but they did nothing else. There was no connectivity initially to anything in the outside world.

“During later years people were encouraged to have a look at what was happening elsewhere and to explore what was available on the World Wide Web.”

Holden later became a production editor of The Age when there were the beginnings of an online team. Part of that team included Alan Morrison who is now facing a legal challenge in Thailand where he has been charged with defamation.

Also on the team was Mike van Niekerk who is now consulting with NZME. Another was Brian Diamond who runs media consultants Fullpoint Media. “It was initially a very small group but they were dedicated to the website and they built it up,” explained Holden.

Holden noted there was initially a division between the traditional newsroom floor and the evangelists. “The internet rarely got stories straight from the newsroom in the early days – they would either write it themselves or use newswire copy.

“They built a backend that when the print edition was eventually published there would be a massive dump of stories across to the online team who would then build the website around that. It was initially very reactive rather then proactive.”

Former Fairfax Media CEO Fred Hilmer did create F2 which was the digital side of the business. “The board did approve a $100m investment into F2 to build what they hoped would be the digital versions of the classified revenue along with a whole lot of different things they were going to try. There was much commentary that they backed the wrong horse and they should have bought Seek and other assets. They were at least at the time trying to get on the front foot and build those sites before anyone else did.”

For the future Holden is certain the majority of the audience will continue to engage with the brands’ digital products. “The phone is central to most people now and that is where they got the vast majority of basic information.” 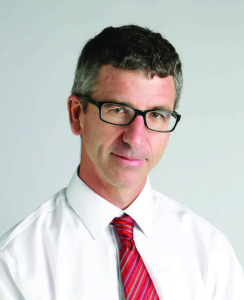 Goodsir recalled this week that The Sydney Morning Herald chose ANZAC Day to launch online in 1995 mainly because it was also the day the newspaper then published its computer section which is what was published online first.

Back in 1995 Goodsir was working in Hong Kong. “I was at The South China Morning Post reporting about the impending handover of the colony to China,” he told Mediaweek.

When asked about an event where online-only editorial started to make an impact, Goodsir said it was the Sydney Olympics. “That was the first big taste of the change that I can recall. Up until then anything done only for the internet was so sporadic as to be not very memorable. It was very embryonic, and it was partly driven by global media publishers who were here for the Games and we got to see what they were doing.”

Goodsir said that if the newspapers had been changing content from day one, it would not necessarily be a different marketplace today.  “Given the amount of disruption in the digital era, if major publishers had started to charge people to begin with, then somebody would have found a business model pretty quickly to have done it for free. The amount of disruption in the media landscape is profound.”

Publishers would then have risked not building a big online audience. “We were amongst the first global publishers to embrace online, albeit in a small way to begin with. We then started driving harder into the digital space than our competitors at the time. It allowed us to secure an advantage when it came to online audiences.”

Asked what lies ahead, Goodsir noted continued fragmenting audiences, and more growth for mobile and social. “We are seeing the emergence again of smaller sites with smaller but more dedicated audiences gravitating to niche content.”

As to the demand for video content, Goodsir said the publisher continues to maintain its level of video production. “We are very keen to do more video. Not more of the same though, but to expand the offering in terms of volume and the nature of the video to be more reflective of the changing audience we get via mobile and social.”

Fairfax Media is rebuilding its major websites to be mobile adaptive to meet the needs of the growing mobile audience. In addition to smh.com.au and theage.com.au, the company also publishes brisbanetimes.com.au and watoday.com.au.